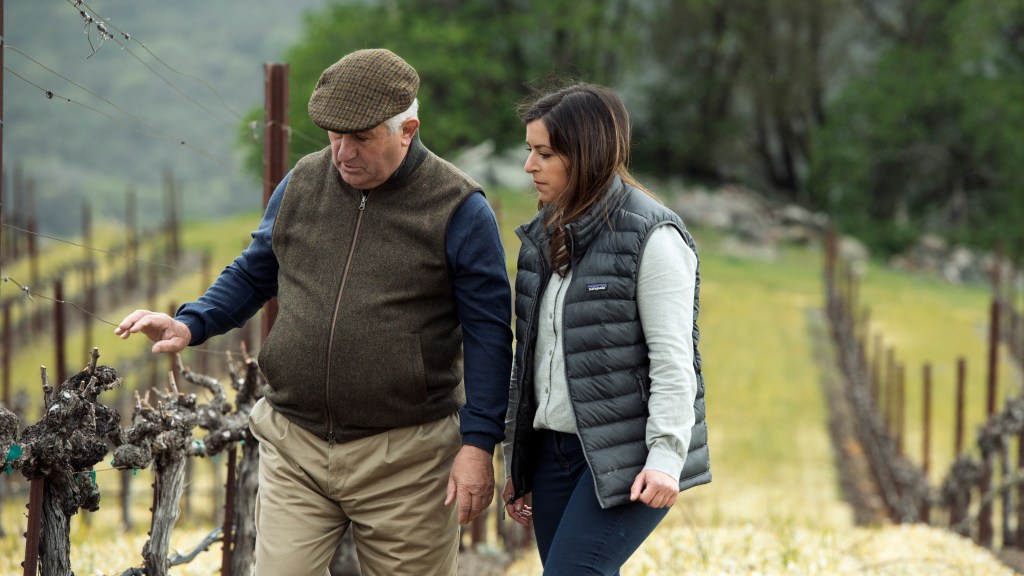 In 2013 Pierre Seillan, winemaster for Sonoma’s Vérité winery, surprised his daughter, and assistant, Hélène Seillan: He was going to spend three months in France and wanted her to have the final blends for Vérité’s three principle wines waiting for him to taste when he got back. The wines, part of the sprawling Jackson Family empire, had already earned multiple perfect 100-point scores from the world’s über-critic Robert M. Parker, Jr., in The Wine Advocate, and no matter your view of the value of wine scores, there was no little pressure lurking in that fact.

Yet the younger Seillan brings a startling degree of confidence to her now extensive oversight in the vineyard and cellar—a combined role in France known as vigneron as opposed to winemaker or viticulturist. Born in Bordeaux in a family that had been making wine for generations, she describes the craft simply as her way of life. “Can I say this?” she asks, “I was putting my finger in the glass and tasting wine from the time I was three or four.”

It wasn’t a given, though, that she would follow her father down the vine rows. She loved art. She loved cooking. And she had an independent streak (much like her father). Seillan remembers the year that sealed the deal. In 2006, just a little frustrated with school, she found an escape through independent studies and headed to the recently acquired (with the Jackson Family) Château Lassègue in Bordeaux’s Saint-Émilion region. She had no family alongside—the vineyard and winery team became her family (“I was close to the tractor drivers,” she says). And in her experience with the team that year, she found the magic of working hard on the ground and in the cellar to produce beautiful bottles of wine.

Seillan abides no amazement about the fact that in a French wine family, a daughter would train rigorously with her father to become second in command and long-term security for his hard-won wine style and acclaim. “He’s fond of reminding me,” says Seillan, “that it was his grandmother who taught him how to prune a vine.” And in fact, she says, “my dad grew up knowing that his grandmother had the best palate in the family.” And asked if she brings a unique style to winemaking as a woman, her response is quick: “No! I’m proud as a woman to be doing what I’m doing. But I don’t want to change Vérité.”

In particular, what she and her father speak as one about is their belief that the soil itself has a message to transmit through the wines. And in their diverse Sonoma vineyards, that’s complicated. The soil shifts from tiny block to tiny block, and from one row of vines to another. Through years of analyzing the dirt (Vérité is 20 now), Pierre Seillan has developed a system of winemaking that honors each of those “micro-crus,” as he calls them, captures the unique messages. The grapes from each small plot are picked separately, and the Seillans might make 50 different micro-cru wines in a single harvest.

Hélène Seilan in the barrel room.

Hélène Seillan reaches for an art analogy to describe the effect of blending that many vinous messages together in the final wines. “It’s like pointillism,” she says. And by listening to what the soil has to say, and fine-tuning the micro-crus in the vineyard, Vérité wines have become more complex through the years. Seillan’s metaphor shifts—“You know, when you look up at the sky at night, more and more stars appear. After 20 years, these blends are the Milky Way now.”

When Seillan’s father returned from France to those 2013 blends she had put together (“I worked from scratch, tasted blind, and just let my spirit lead”), she says he had no words. He knew they were perfect. And they both knew at that moment they were on the same page.

Incidentally, two of those 2013 Vérité wines—La Muse and La Joie—received 100 points from The Wine Advocate; the third, Le Désir, got 99.

The current release of Vérité is 2015 ($410, available to mailing-list members). On the nose, La Muse exudes a delicate floral quality with a complex earthiness beneath; flavors of plump cherries and red berries are edged with spiciness and delivered with soft tannins. La Joie is perfumed, complex, and rich, but elegantly balanced; black fruit is wrapped in aromatic herbs and underlined with a stoniness emphasized by firm tannins. There’s a purity expressed by Le Désir—bright red fruit stands out against smoke and spice, with high-toned notes of violets over a long, silky finish.