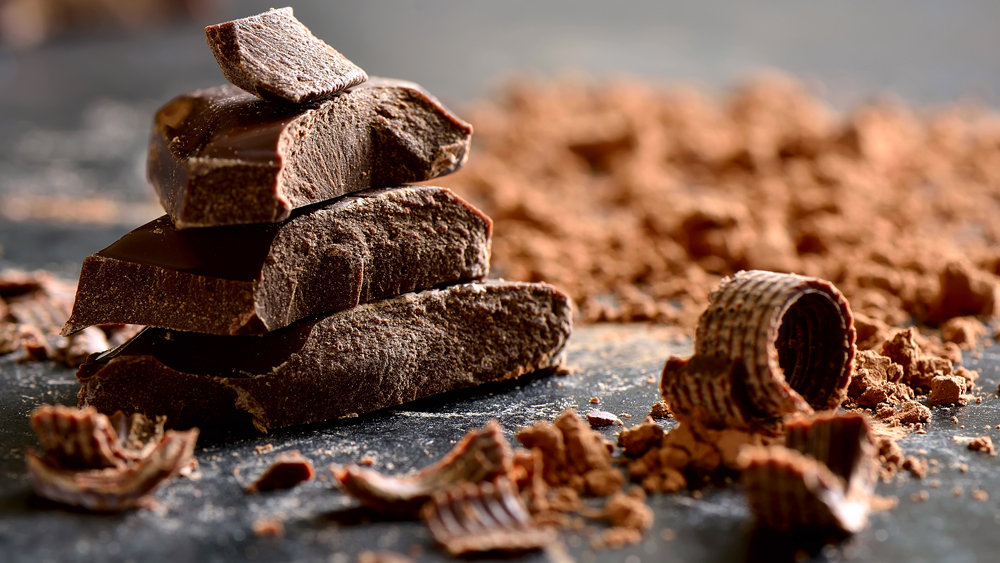 Prescription-free mood enhancer, blood-pressure normalizer, post-lunch pick-me-up— chocolate’s virtues are many. What more could this manna possibly do? It’s a question that led Thomas Keller, the Michelin-starred culinary icon behind the French Laundry and Per Se, on a journey to build a better bar. Luckily for chocoholics everywhere, that journey has led to Keller + Manni Extravirgin Chocolate, now available for your snacking pleasure. Keller joined forces with Armando Manni, an Italian olive oil pioneer, to create a first-of-its-kind chocolate company. Combining health benefits, sustainable practices, and—most importantly—exceptional flavor, K+M is more than just a sweet treat. It’s the vanguard for a new world of cocoa.

Chocolate’s abundant antioxidants may be well documented, but the truth is that the traditional chocolate-making process eradicates 60 to 80 percent of cocoa’s natural gifts. That’s why Keller recruited Manni—his unique production method yields the most antioxidant-rich olive oil on the market. Together with scientists at the University of Florence, they spent two years developing a proprietary roasting process that retains a maximum of cocoa’s antioxidants, which are then bolstered with the antioxidants from a small amount of Manni’s organic oil. It may sound simple, but there’s a reason why K+M is the first brand to use olive oil in chocolate.

“It’s a major, major challenge. They’re two ingredients that don’t naturally fit: oil is liquid and cocoa is solid,” explains Chi Bui, K+M’s head chocolatier. But the challenge has its payoff: “The antioxidants in olive oil and chocolate are different. Chocolate has flavanols, where olive oil has polyphenols. The polyphenols create a synergy with chocolate’s flavanols that makes the antioxidants more available to your body.” And, on a more instantly gratifying level, the oil lends the chocolate a rich, velvety texture that feels decadent without cloying.

“We want to make something healthy without compromising deliciousness, and do it in a way that the farmers, our partners on the ground, are economically sustainable.” —Chi Bui, K+M’s head chocolatier

Beyond breaking new ground in terms of health and formulation, K+M introduces a new way of thinking about chocolate. The brand exclusively produces single-origin, bean-to-bar chocolate — meaning each bar features just one variety of bean from one farm. So, rather than simply choosing between milk or dark, K+M allows consumers to discover the nuances between cocoa from Peru, Nicaragua, Ecuador, or Madagascar. It’s a model that highlights the terroir of different growing regions in much the same way that one thinks about a California Cabernet versus a Tuscan Brunello.

Bui likens it to the renaissance coffee has experienced over the past few decades: “Now there’s an understanding that it’s not just a cup of coffee, it can be really complex. Before [chocolate’s] bean-to-bar movement, you had a handful of big companies making all the chocolate. Those chocolates were very sugary and heavily roasted—much like coffee was before specialty coffees came into being.”

In her role, Bui is like a chocolatier Indiana Jones, traversing mountains and rivers to source the finest cocoa beans directly from farmers around the globe. She’ll evaluate the raw beans for aromatic complexity and the farm for sustainability and transparency. The beans’ antioxidant levels are then tested by the University of Florence and, if they fit all of K+M’s criteria, the chocolate-making process begins.

“I’m a purist,” says Bui. “My approach is finding the most perfect beans and the best way to express them.” Which means adding as little as possible so the cocoa’s inherent complexities can truly shine. All four bean varieties used by K+M are available as dark chocolate; the Nicaraguan and Ecuadorean beans are also available as milk chocolate and a hybrid dark-milk blend. Even the milk chocolates have a depth and intensity that is notably absent from the average milk-chocolate bar.

Eating K+M chocolate, it quickly becomes apparent that not all cocoa is created equal. Discussing the brand’s superior ingredients, Bui explains that it’s a benefit of having a personal relationship with the farmers rather than sourcing beans through a broker. K+M’s commitment to fair trade means they pay three to four times the price of the beans used in most mass-produced chocolate. “Cocoa farming is very labor intensive. When I see a chocolate bar for $2, I shake my head because I know that whoever grew those beans isn’t making a lot.”

It’s emblematic of K+M’s mission to create chocolate that is feel-good in every sense: “We want to make something healthy without compromising deliciousness, and do it in a way that the farmers, our partners on the ground, are economically sustainable. As a chocolate maker, it’s really a gift.”

Sam Gilliam, Groundbreaking Artist Who Brought Abstraction Into the Third Dimension, Dies at 88