Embedded in the floor of the entrance to Château Boswell’s dramatic wine cave are thousands of pieces of ancient obsidian, including more than 70 arrowheads and spears. Susan Boswell, the Napa Valley winery’s proprietor and designer of the buried- in-the-hillside cave itself, says that when archeologists were brought in to study the outsize collection of shiny black objects found on the property, they determined the estate was used as an arrowhead factory in prehistoric times, long before the Native American populations known to have lived on the land. She wanted that history in her cave.

Down an elegant staircase, the cave’s tunnels—lined with perfectly red-stained wine barrels— branch off into the hill, 65 feet underground. Stretches of rock line the walls and arch overhead, in stunning multicolored strata representing four or five million years of geologic evolution. Boswell marvels at her slice of primordial earth, a touchstone, as it were, for her approach to making wine—a beguiling product of the land, to be sure, one that presents choices. “Let’s face it,” she says, “if we don’t take care of the earth, we won’t be in the wine business. This is a long-term plan, with a giant wheel of causes and effects.”

Winemaking is agriculture, after all. But for many wine lovers, reality jars with perception. Glasses of straw-colored whites and garnet- glinting reds bring to mind indulgent lunches in urban cafés or candlelit dinners with old friends—such is the power of the product. Yet a vineyard is every bit the farming venture that a field of lettuce is, with equal prospects for sustaining the land or running it into the ground, depending on the approach of the farmer. Beyond the harvest, the extensive processes of vinification—and the myriad sustainable (or not) choices posed at every step—make the industry of winemaking one of the most impactful branches of agriculture there is.

“Let’s face it, if we don’t take care of the earth, we won’t be in the wine business.

This is a long-term plan, with a giant wheel of causes and effects.”

It’s a famous bit of trivia that every state in the Union now makes wine. The lion’s share of the production, however, comes from California, which is responsible for roughly 90 percent of the country’s yield. And the state’s industry has embraced the charge to be a good steward of the land: A voluntary program developed by the California Sustainable Winegrowing Alliance, for example, certifies vintners and growers as “sustainable” if they have employed best practices for everything from pest control in the vineyard to water and energy use in the winery. 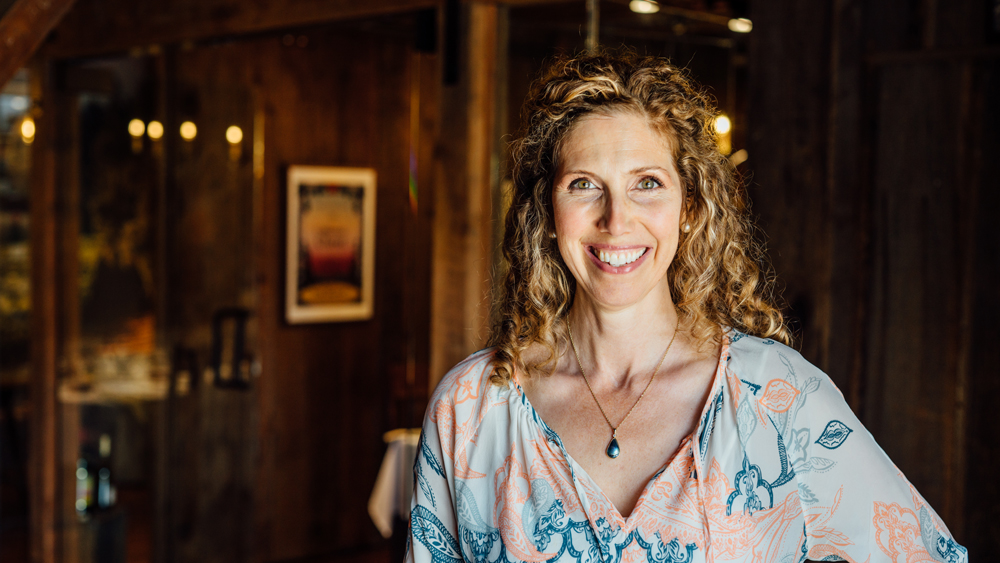 A growing number of prominent women in the industry are among those leading the charge. For Boswell, it’s a matter of connecting the many spokes of a giant wheel—the environment, the community, and, especially, the business itself. Here, she and two of her peers in the community share their visions for ensuring that winemaking and the land it requires remain viable legacies to be passed down for generations to come.

Making wine was not what Susan Boswell set out to do. But the onetime art-history professor couldn’t resist the urge in 1995, when her now- late husband threatened to sell their small Napa Valley wine estate and its then old-school equipment, including homemade wooden sorting tables (a study in contrasts to the sleek, tech-wonder gear keeping quality high on expensive Napa Valley wines now). She decided she would make the wine and run the business herself. “I followed a wine- maker and a viticulturist around for three years,” Boswell recalls. “I learned how to drive a forklift, fix the water systems.” Knowing how hard every bit of the process is informs smart decisions for the business, in her view.

Back down in the cave at Château Boswell, a fan kicks in and turns the air over in three minutes. It’s the work of an ingenious cooling system installed in 2007 that pulls warm air into 70-foot-long underground shafts to cool. Boswell is running a 25,000-square- foot facility without HVAC and has reduced the winery’s power use dramatically.

But it’s not just about reducing energy consumption and conserving resources. Boswell is convinced that analyzing and measuring every detail, from airflow to water use, leads to better wine. “Quality and sustainability go hand in hand,” she says. “To produce a good product, you have to look at everything that’s going on.”

Her choices earned Château Boswell the honor in 2007 of being the first winery certified sustain- able under Napa Green (napagreen.org), a program that measures soil-to-bottle sustainability via factors like energy and water conservation, waste reduction, and carbon footprint. Not con- tent to sit on the sidelines of the cause, Boswell has also been active in the organization and its education and outreach efforts, noting that by 2020 all members of the Napa Valley Vintners trade association are projected to be certified through Napa Green. 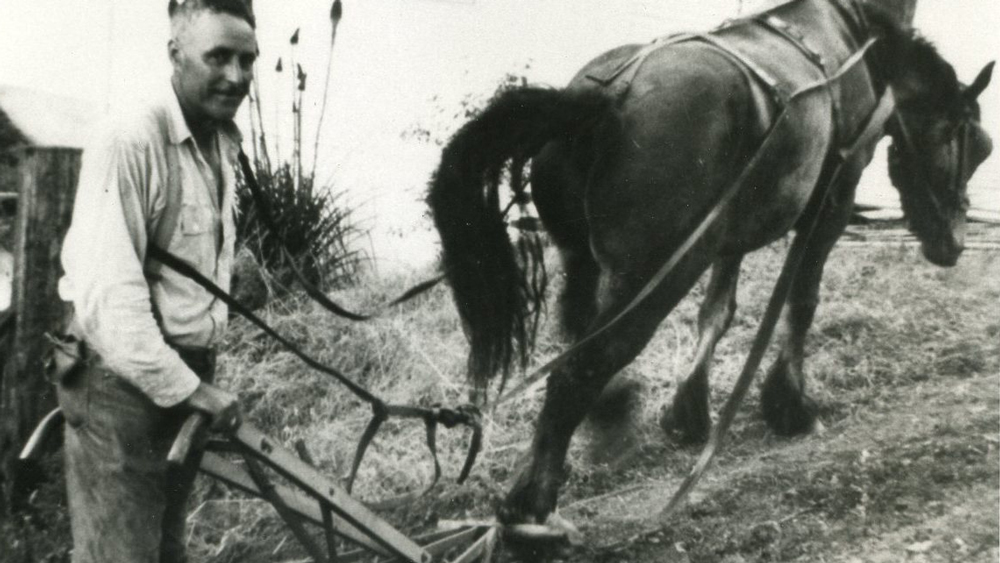 Giuseppe Martinelli moved from Tuscany to the Russian River Valley in the 1880s and started Martinelli Winery & Vineyards with his wife on the steep slopes of what became known as Jackass Hill.  Photo: Courtesy Regina Martinelli

Over the Napa County line to the west, Sonoma County has an ambitious goal of its own: to become the first 100- percent certified-sustainable wine region in the country—by next year.
Regina Martinelli sees this undertaking, and all the various steps that it will entail, through the lens of her ancestors. She is executive vice president of Martinelli Winery & Vineyards, the business that her great-grandfather Giuseppe Martinelli started in the 1880s at the age of 19. Having persuaded his then 16-year-old sweetheart, Luisa Vellutini, to join him, he had moved from Tuscany to the Russian River Valley. Together, the young couple pursued the punishing work of planting the steep plot of land that would eventually be known as Jackass Hill—now the source of some of the state’s most highly sought-after Pinot Noir and Chardonnay. Their values have endured through generations, says Martinelli, whose sustainability lexicon includes a hard-work ethic, integrity (“your word is your word, and a handshake is trustworthy”), family, and community. “They had nothing,” she says of her forebears, “so they conserved out of necessity and respect. They knew the land could give them what they needed.” Martinelli and her siblings joined in the work on the land at early ages, polishing apples (once a major crop at the farm), driving the tractor, and absorbing the ethos. “It was just the water I swam in,” she says simply.

Today, she notes, the picture is different: Her great-grandparents and grandparents might have used minimal tools in the vineyard and kept the same tractor running for decades because that’s all they had. “We have to make more conscious choices now,” she says. That might mean buying a more energy-efficient tractor. It definitely means taking care of their vineyard workers, who are vital to the winemaking community, by providing housing and using the H2A government program, which helps immigrant workers with training, transportation, and supports fair wages.

Recycling is another critical effort at the winery, taking on myriad forms, including standard practices (minimizing paper, plastics, and other waste), as well as repurposing metal, cork, barrels, stone, machines, and more. In the old hop barn that is now the tasting room at the Certified California Sustainable Winery, recycling is a means of sharing history. Behind the black-and-white photos of Martinelli’s hardworking ancestors are the original planks from her great-grandfather’s 19th-century estate, which were dismantled, remodeled to code, and then carefully reassembled. The beams give new meaning to the proverbial phrase, “If these walls could talk,” for, in a way, they do: Scrawled and scratched across the surfaces are the signatures of generations of folks who worked there, their presence preserved for generations to come.

Merry Edwards—the iconic maker of elegant Pinot Noir and Chardonnay—has this to say about sustainability certification: The paperwork is onerous, the audits expensive. In fact, she says, she was slow to get on board. Sitting in her eponymous Russian River Valley winery, jam-packed with clever resource-saving equipment and overlooking the vines outside (where pesticides and harsh chemicals are strictly forbidden), she says, “I thought, ‘My god, I’m already doing all of this! What do you want to spend your money on? Doing? Or getting certified?’” 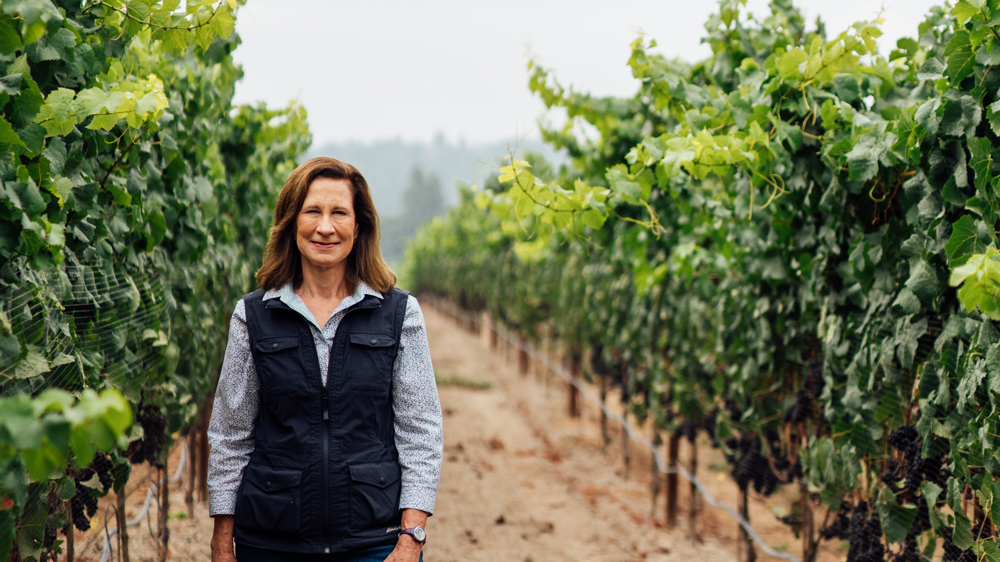 To be clear, it was only the formality of certification, not the practice of sustainable winemaking, that put her off. Thinking about the environment is a given. In her first job as a winemaker— for Mount Eden Vineyards, in the Santa Cruz Mountains above what is now Silicon Valley— she encountered the issue of resources for the first time in her career. With no well and only a seasonal spring, they had to truck in most of the water they used—cleaning tanks, hosing down the cellar. “You better believe we watched where every bit went,” she says. “To this day, I can’t stand the sound of a faucet running.”

For Edwards, the big picture is maintaining her bit of wine country as a rural, agricultural way of life, in spite of the fact that she’s producing an exquisite and sophisticated commodity. That means giving her farmers— the ones who are cultivating the fruit from which she crafts her gorgeous wines—a solid living and cost-free health care, among other benefits. It also means investing in solar power, which she first did in 2007.

Ultimately, Edwards felt compelled to make her support of sustainability official, becoming a Certified California Sustainable Winery in 2017. And she is far from lonely in her ecofriendly efforts. She and Boswell and Martinelli, as well as hundreds of growers and winemakers in California and beyond, whether certified or not, are joining forces, doing what they can as stewards of wine country—the business and the land. For those of us who can only support the cause through the wines we buy, certification matters. It puts certified producers on visible lists, including Napa Green’s and the Sustainable Vineyards & Wineries Honor Roll. It is evidence of choices made, and it presents us with more still to make.

The 17 Best Sheet Masks for Every Skin Concern

Marion Cotillard on the #MeToo Movement: ‘It’s a True Revolution’