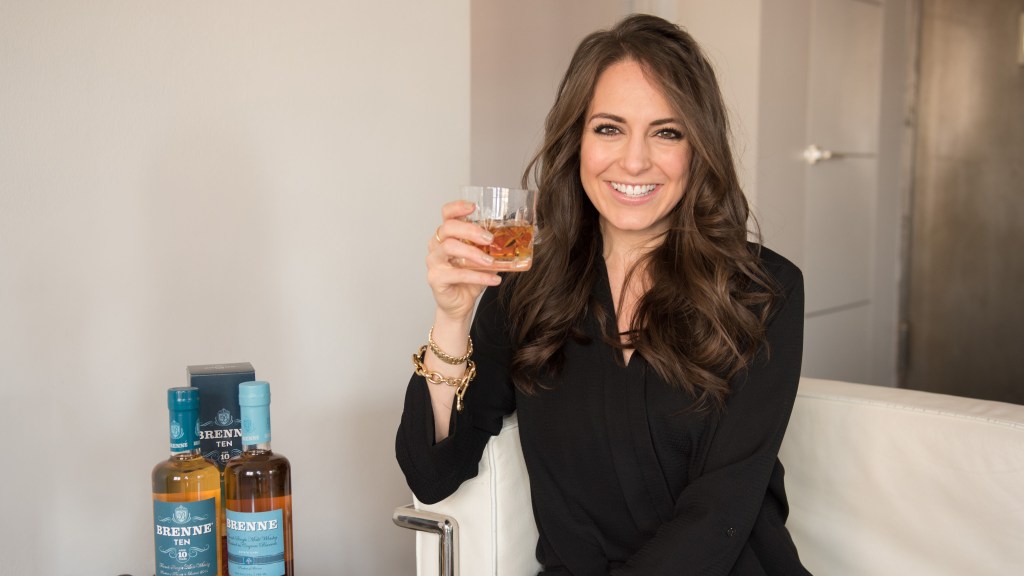 When her career as a ballerina came to an end, Allison Parc found herself facing an uncertain future, wondering what life had to offer beyond the stage. After traveling the world in search of inspiration, Parc eventually turned to whisky. That may sound like the logline to a maudlin Lifetime movie of the week, but it’s actually the true story of one of the most successful liquor brands of the past decade.

While exploring the world’s culinary and spirits scene, Parc met a Cognac producer who was making single-malt whisky at his family farm in France. A partnership was formed, and in 2012, after four years of experimentation with various flavor profiles, Brenne whisky was born. As the only commercially available single malt aged in new Limousin oak and Cognac casks, Brenne is in a category all its own.

The flagship expression of this French whisky, Brenne Estate Cask, is creamy, floral, and fruity; bursting with delightful notes of crème brûlée, blueberry muffin top, and bananas foster. Brenne Ten, the annual limited-edition matured expression, is dry and spicy due to its age and higher proof. Both expressions are produced seed to spirit, are 100 percent organic, and embody the terroir of France. For her efforts, Parc was named World Whisky Brand Ambassador of the Year in 2017 and 2018 by Whisky magazine, the only woman ever to have received the honor. Muse caught up with her on the heels of her historic nod.

Legend has it you bet every penny you had on Brenne. Is that true?

The legend is true. I handed my life savings over to a third-generation Cognac producer to get Brenne off the ground. When I tasted his single-malt whisky, I knew it was special. I was so confident in the spirit, the gravity of the situation didn’t fully occur to me. A breakthrough occurred when we incorporated previously used Cognac casks in the aging process, stimulating the whisky in a beautiful way. It was love at first sip.

In six years you’ve gone from being a spirits-industry unknown to picking up high-profile awards left and right. How did you become so successful so quickly?

Ha! I work incredibly hard, and while I pay rent in New York City, I live on airplanes and in hotels. I always speak honestly and try to be gracious and thankful to everyone who has the courage to step out of their comfort zones and experience Brenne. I believe people can sense my authenticity.

What are some of the challenges you face being a woman in the overwhelmingly male-dominated spirits industry?

I’ve faced many challenges. When I first presented Brenne at whisky events, people thought I was a paid promotional model and were shocked when I told them that the brand was my creation. If I were a man, I could start talking about the whisky and move on, but I had to work harder than most to get past appearances and into sharing my sensational passion for the whisky-making process. I’ve worked hard, while still wearing heels, to change the perception that there’s a lot more to selling whisky than gender. I stand by other women in the industry, supporting, sharing, rallying, and campaigning for their talents as much as possible.

What advice would you offer women looking to launch their own liquor brands?

My biggest piece of advice is to trust your instincts. Research what you’re planning to do, see who’s tried it before, and consider all the possibilities, risks, and outcomes. Don’t do something new for the sake of it being different. Make it authentic and innovative. Ultimately, the past can’t dictate modern success. I’m also a big believer in understanding your deeper purpose and being very intentional with your time, which is our biggest commodity.

You were one of the pioneers of finishing whisky in Cognac barrels. Now that it’s becoming more common, do you feel a sense of pride or is part of you like, hey, back off, this is my thing?

Honestly? Both. While I’m flattered to see that my work has made an impact in the whisky category, I also ascribe to the motto “create not copy.” My goal has always been to build Brenne according to that statement, and I hope that anyone who looks to me for inspiration is also an innovator who doesn’t follow a tested formula.

Do you have any plans to expand into other spirits categories?

Not at this time. I’m a whisky woman who stays true to her values, but who knows what the future may bring.