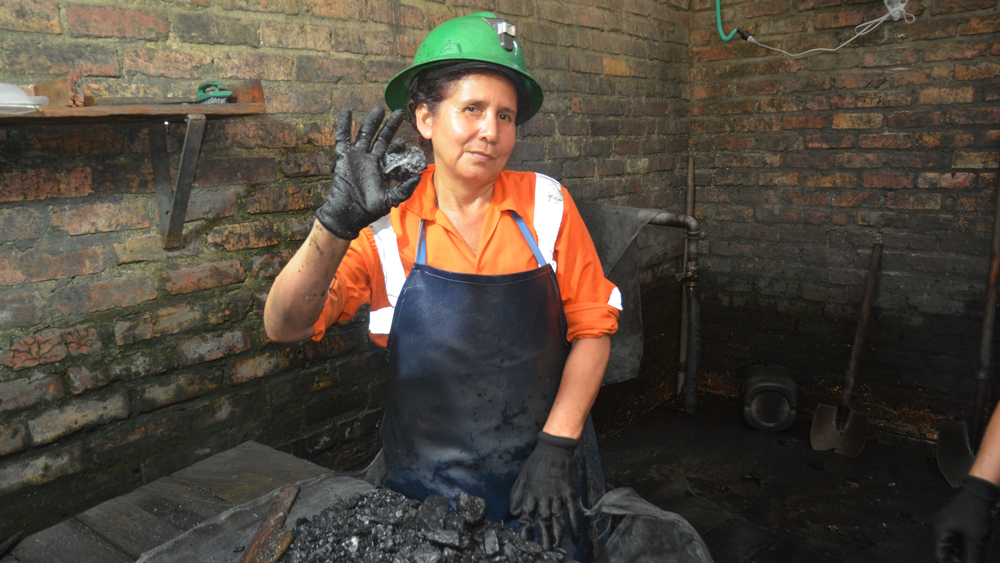 In Colombia—a country that produces two-thirds of the world’s emeralds—a job at a mine promises steady work. But, for decades, women in the region were denied the opportunity to hold a range of positions because of traditionally held beliefs that their presence would bring bad luck and they didn’t have the required physical strength. The situation is starting to improve: Since 2015, when a legal barrier halting them from working in the mines was overturned, women have been filling more and more positions at mines in the gem-rich Muzo Valley.

Leading the charge is the Canada-based gem collective Fura, which is furthering the effort to correct the long-held gender imbalance with the unveiling of its all-female-staffed wash plant near its Coscuez Emerald Mine north of Bogota—a gem source that unearthed a massive 25-carat emerald last May. As the mine ramped up operations, Fura met with locals to assess the needs of the community. The top request from women? Jobs. “They asked us for formal work, which is not typically offered by mining companies,” recalls Fura CEO Dev Shetty. “And we saw the wash plant as a chance to answer their requests.”

The wash plant is now up and running and still hiring. Once production kicks up in 2019, it will require as many as 50 employees—some will sort through rock and ore searching for emerald fragments, others will track gem data or repair equipment. “We believe an all-women wash plant is the first of its kind, not only in Colombia but across the mining sector,” says Shetty. “These women…are pillars of the community, we feel we are serving the whole community by creating this opportunity specifically for them.”

The wash plant’s all-female staff ranges in age from about 30 to 55 years old, and, for many, the position marks their first formal employment—most previously worked at home, raising children and maintaining the household. “They describe themselves as barrancas, forward-thinking, hard-working women who can do many things at once,” says Shetty. “They are proud to show that they are as capable as men at their work.” On top of providing some financial independence, a consistent paycheck can also provide a stepping stone out of unsafe domestic situations. In the interest of expanding each woman’s professional skill set, wash plant employees will attend ongoing training sessions to learn more about the mining equipment and how to categorize gems.

Shetty and Fura have also helped develop a nearby bakery and seamstress workshop, both of which primarily employ local women. “Women run the family,” Shetty says. “So, in playing an active role in their community’s development they are leading the way and setting an example for their children and the younger generations within their communities.”