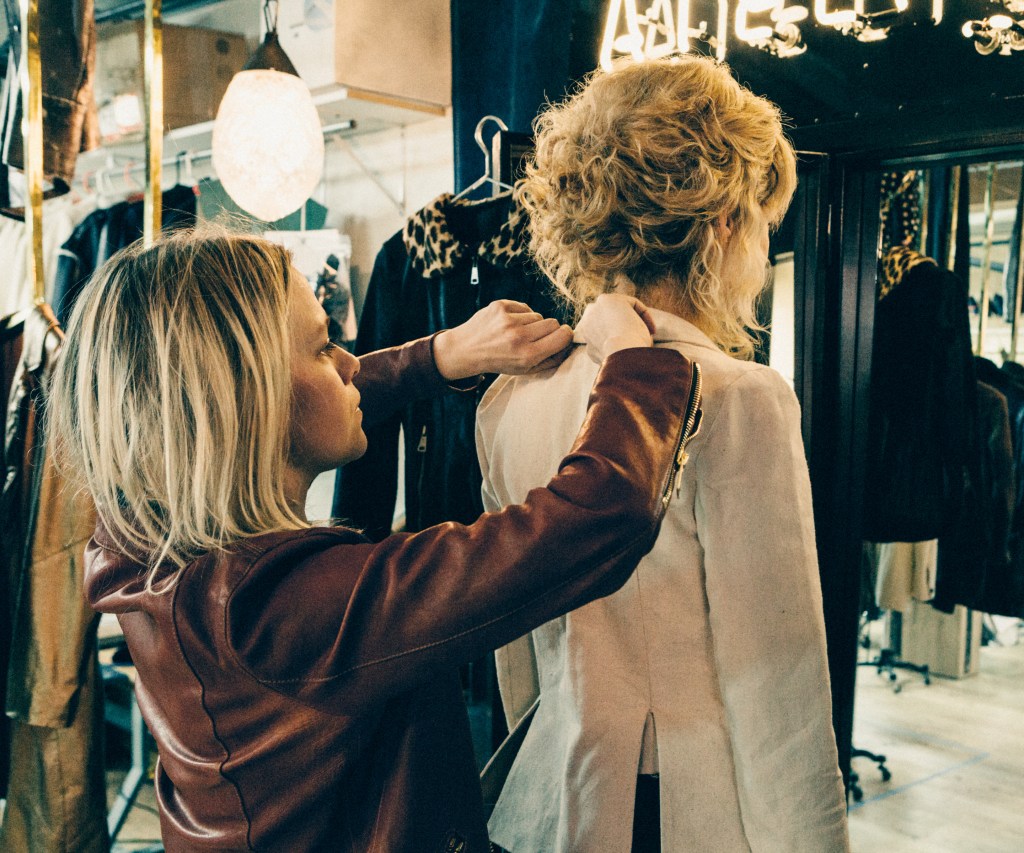 A leather jacket is one of those timeless garments that can instantly establish your attitude: edgy biker style, bohemian floor-length duster, or a fitted chic blazer. But even when you find the model that suits your style, leather is almost impossible to tailor to your shape and desired fit. That is what motivated Savannah Yarborough to establish Atelier Savas, which offers bespoke leather jackets made by a team of in-house artisans in her Nashville studio.

Having studied menswear at London arts school Central Saint Martins University, Yarborough has an appreciation for the highly artisanal skills required to make Savile Row suits, and she applies that same attention to fit and detail to leather jackets. The process begins with a phone interview to get a sense for the client’s style, color and material preferences, and to prepare for the in-person visit. “We want our jacket to be something they will want to wear every day, so we try to get to know them and their taste,” she says. When she meets with clients either at her studio or during one of her numerous visits to New York, she takes copious measurements, shows several finished jackets for inspiration, and shares leathers and color options. A concept is sketched and shared with the client, modified, and a full-sized canvas mock-up of the jacket is created. Any modifications are made on the mock-up since the final leather version is difficult to alter, and clients select hardware, details, and choose from more than 90 color choices for linings. Following at least one to three more fittings, the jacket is finished.

Though she designs and manufacturers leather jackets for men and woman, she is proud that about half her customers are female, which she says is unusual in the bespoke world. “With custom clothing, it’s well known that men can buy bespoke suits and shirts, but not so much for women.” While on the production side, the bespoke world, including footwear, tends to be male-dominated, she opted to employ only women to make her jackets.

Yarborough’s interest in leather began while working for the men’s brand Billy Reid, a job she landed after school in her hometown of Birmingham, Ala., and where she quickly rose to head designer. “Coming from a city like London I didn’t want to go back to a small town,” and because Reid’s offices were split between the South and New York City, she settled in Nashville, convenient to both. “I was communicating our designs to the factories and ended up spending a lot of time in Italy, where I found myself really attracted to the people making our products, especially leather. I started extracting as much knowledge as I could from them, and when I started to look into it, I found that no one was doing custom leather jackets, especially at the luxury level.”

She established her business nearly four years ago, and today finds that about one-third of her customers return for another jacket after commissioning their first piece. One customer, she says, returned with his wife and three adult children to get jackets for everyone. “I did a jacket for a client in Chicago and then she got one for her daughter, and she just sent me a picture of a vintage bomber jacket she likes, so I did some sketches and sent her swatches.” Not surprisingly, her bestselling model is the iconic black motorcycle jacket modified to satisfy each client’s individual style. Most jackets are made in vegetable-tanned Italian calf, and she has some exotic skin requests like alligator and ostrich. Jackets start at $5,000 and the average price is around $6,500.

Perfecting the leather jacket was Yarborough’s original mission, but it’s the bespoke part of the business that has unexpectedly brought the most satisfaction. “When I started this, I knew about design, but I never realized I would get to know all these different people so well on a human level—what they do, what they like, their styles,” she says. “It’s been a very rewarding part of the process.”

The Best Gaming Keyboards in 2022