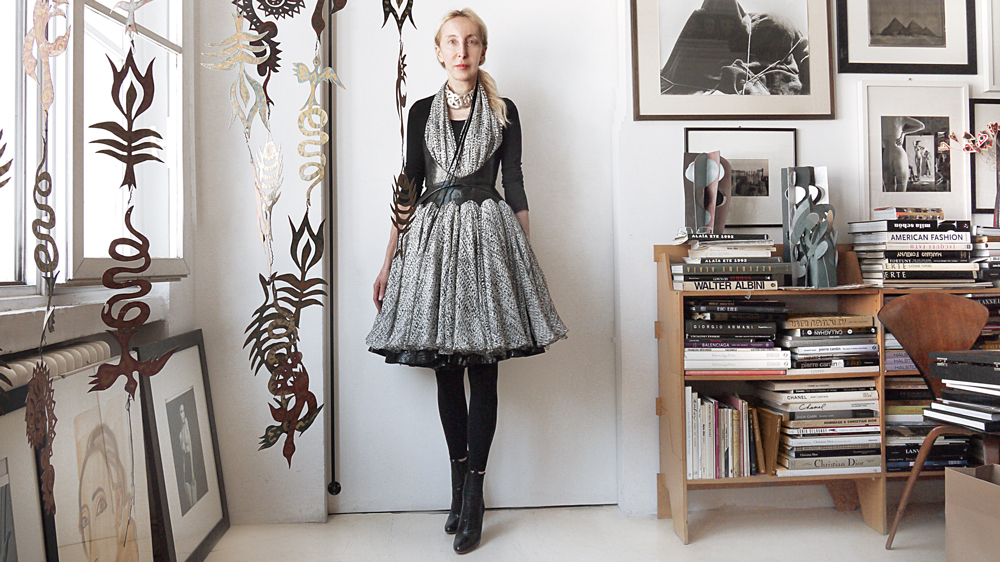 Even if the name 10 Corso Como doesn’t immediately ring a bell, its look definitely will. Think of any store that mixes art, fashion, and food—less basic boutique and more full-on hangout spot—and it is likely following a model pioneered by the shop Carla Sozzani opened in Milan in the early 1990s. The boutique charted the course for the concept store, and over the past three decades, Sozzani has taken the formula she nailed in Milan around the world, opening one successful 10 Corso Como after the next. And now, she is finally putting down roots in New York City, opening the boutique’s fourth outpost in the Seaport District earlier this week.

“I never really thought I would open in New York,” Sozzani explains, “but then I saw the [Seaport] space…the whole atmosphere was human and different, it has a history, and things felt right.” This space, a sweeping warehouse on Pier 17 that served as a fish market for the majority of its life, has been transformed by American artist Kris Ruhs (who is also Sozzani’s longtime partner) into 28,000 square feet of retail gold.

Though the boutique puts the racks of Alaïa, Comme des Garçons, and Calvin Klein on tempting display, that’s not fully the point. Its primary goal, instead, is to be a place where people want to spend an afternoon. There’s a selection of limited-edition coffee-table tomes to flip through, a café where you can map out shopping strategies over an espresso, and a sun-soaked courtyard. “I was an editor at a magazine for almost 20 years,” Sozzani says of the impetus behind the brand, “and I felt [at the end of my career] that my work there was the work of solitude, so I wanted to create a living magazine, one in the image of my life, one where I could have a conversation with people.”

Sozzani’s ability to spark conversations around fashion, art, and culture is what makes 10 Corso Como the type of boutique that will anchor the transformation of Lower Manhattan neighborhood into a creative hub (openings like the Mr. C Seaport hotel and restaurants by Jean-Georges Vongerichten and David Chang will help, too). “It feels a bit like when we first opened in Milan,” Sozzani says. “We were in an area that nobody considered to be anything—people thought we were crazy.”

An expansive display of art objects and accessories in the new shop.  Photo: Courtesy 10 Corso Como

The chic devotees Sozzani has picked up over three decades of running 10 Corso Como will certainly spur the transformation. You never know who you might meet while contemplating a bold trench from cult-favorite brand Alyx, or taking a quick spin through the photography gallery in between meetings in the Financial District. And that’s exactly what she’s planned: The store is meant to be a space where inspiration and ideas flow in seamless, unexpected ways. “For me, everything is inspiring. I don’t see boundaries,” she says. “It’s all art; it’s all beauty. There is beauty everywhere.”