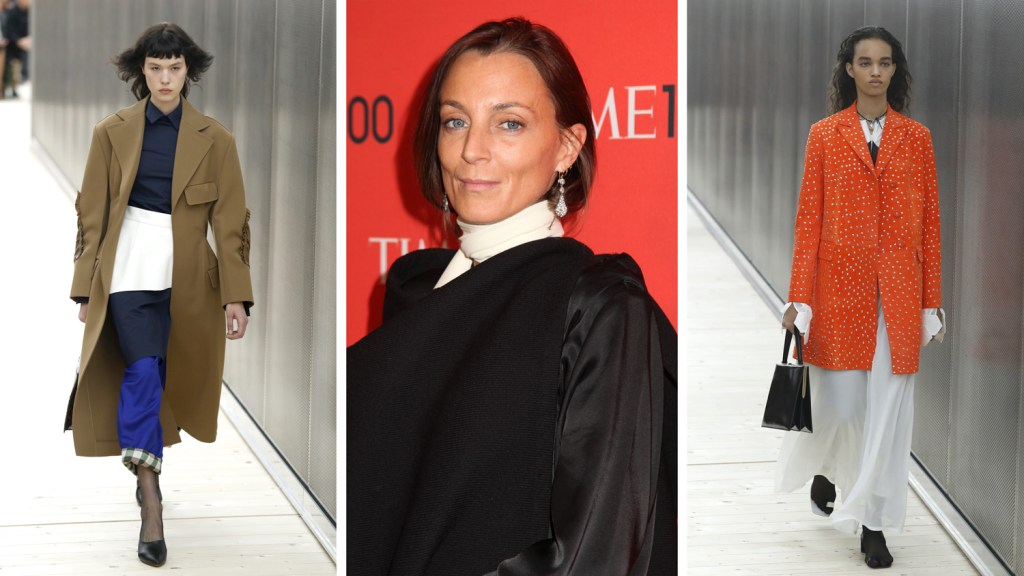 When the news of Phoebe Philo’s departure from Céline broke last December, gasps were heard around the world—followed by a question: “Now, what am I going to wear?” Since taking the helm as Céline’s creative director in 2008, Philo has resuscitated the dormant 70-year-old house by refashioning it in her own image: grown-up, professional clothes for grown-up, professional women. Which is not to say it was sober office attire. Philo used her intuition—as a woman not just a designer—to produce clothes and accessories that catered to the breadth of modern women’s lives, from running around town to holding court in a boardroom. In doing so, she inspired a cultish following that adopted Céline as their de facto uniform.

When Hedi Slimane—who most recently injected Yves Saint Laurent with a heavy dose of louche, rock n’ roll youth—was announced as Philo’s successor, it added insult to injury: Judging by Slimane’s track record, his Céline will court cool-hunting millennials—not the working woman that makes up the brand’s core consumer. The feather-ruffling choice shines a spotlight on the disheartening truth about many major luxury brands: They are more concerned with building an image than providing a wardrobe for real people. But, there is hope to be found in other brands that deal in the kind of thoughtful, wearable sensibility that made Philo’s Céline a runaway success.

“When the news of Phoebe Philo’s departure from Céline broke last December, gasps were heard around the world—followed by a question: ‘Now, what am I going to wear?’”

To understand why Philo inspired such a devoted following, one has to look at how she differed from most designers working today. Her signature, unlike so many of her equally lauded peers, wasn’t defined by a specific “look,” but by a prescient understanding of what women want to wear: a slightly oversize camel Crombie one day, a delicate silk slip dress the next.

“She ran the gamut from fur coats to T-shirts, and that’s a wardrobe: what goes in between,” says Betty Halbreich, the director of Bergdorf Goodman’s personal shopping service and a 40-year veteran of the store. “There’s a lack of good taste and adult designing today. But Céline was very becoming for women. It doesn’t shout at you—it has an approachability. Even if they didn’t wear it, all of my clients admired it.”

One hallmark of Philo’s collections for Céline was a sense of comfort (elegant pajamas for evening, mink-lined sandals, scarves so large they are literal security blankets). The fabrics, the colors, the idiosyncratic embellishments all added up to clothes that were a luxury for the senses—and a pleasure to wear. Philo’s idea of beauty bucked convention. She never did sexy as it’s popularly defined (recall that she once used the octogenarian author Joan Didion as the face of an ad campaign); and when she tailored suits, they were still unmistakably feminine. As Marianne Mueller, an architect who worked on several projects for Céline, told The New York Times: “In a world where women are juggling so many different roles and expectations, Phoebe Philo reminds us of who we are—rather than who we are supposed to be.”

“There’s a lack of good taste and adult designing today. But Céline was very becoming for women. It doesn’t shout at you—it has an approachability.” —Betty Halbreich, director of Bergdorf Goodman’s personal shopping service

Though Philo will undoubtedly be missed, she is not the only designer with a keen understanding of what women want to wear. Like Philo, many creators in the new guard are females with a firsthand knowledge of what makes sense in the real world. The surface-level simplicity of Philo’s Céline gave her collections versatility—something that weaves throughout Mary-Kate and Ashley Olsen’s the Row. The brand’s name is a nod to the precision tailoring of London’s Savile Row, and it’s the subtleties of the best men’s suits (fit, fabric, finishing) that make the Row’s clothes quietly exceptional. With a broad range of offerings, from silk sheath dresses to plush cashmere sweaters, the Row affords women options. “They hang very simply,” says Halbreich, “and yet a woman puts it on and looks perfectly stunning. It doesn’t know an age group.”

Gabriela Hearst is another woman who is fluent in the language of understated chic. Since launching her line three years ago, Hearst has become known for fuss-free staples rendered in the most exquisite materials. A classic trench coat becomes swoon-worthy when lined with checked wool and finished with artfully frayed edges; a plaid skirt is made seductive by panels of sheer chiffon peeking between its pleats. It’s the hand-crafted details—the kinds of styles that may only be appreciated by the woman wearing them—that make Hearst’s riffs on old standards instantly desirable and endlessly wearable.

Lemaire also makes seemingly benign basics covetable through cunning twists of cut and proportion. Designed by Christophe Lemaire and Sarah-Linh Tran—partners in work and in life—the collection largely adheres to a neutral palate of beige, navy, and cream, which makes easy work of mixing and matching and allows one to appreciate the subtle tweaks to familiar silhouettes. Pants are cut wide, with gently curved seams to flatter a woman’s natural form; shirt collars gather and drape to frame the face just so. Free from excessive prints or embellishments, Lemaire is the sartorial answer to Marie Kondo: There’s magic in a tidy wardrobe.

The list goes on: The sculptural, clean lines of Rosetta Getty, the effortless polish of Atlein, the elegant restraint of Narciso Rodriguez. Not that any of these collections are copycats—they each offer their own unique vision of what modern women live their lives in. Phoebe Philo may have proved the relevance (and selling power) of tapping into women’s genuine wants and needs, with all the muscle of a billion-dollar conglomerate behind her, but her departure leaves room for Philo-philes to embrace those other designers that are still carrying that torch.