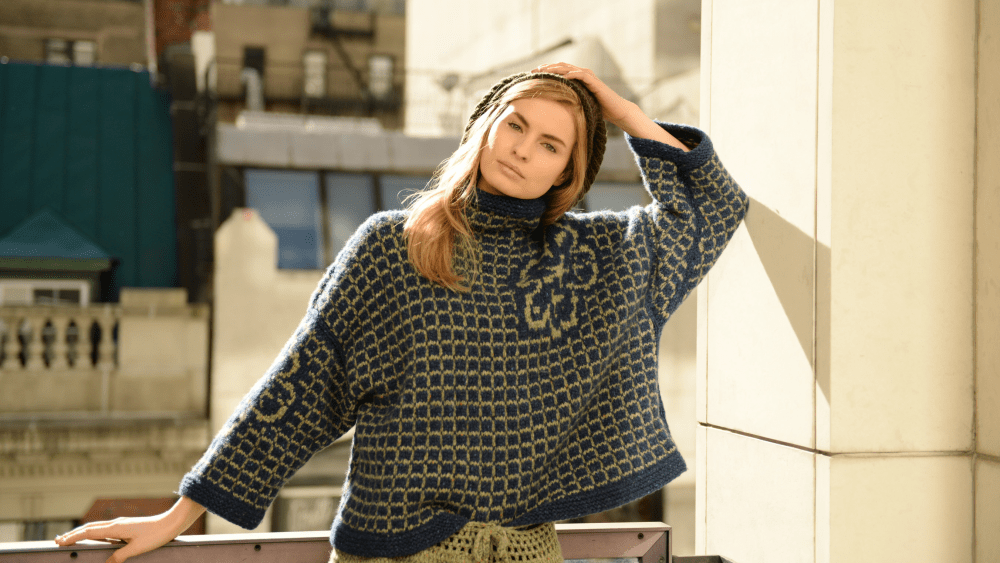 Hania New York’s midtown studio is an understated, homegrown affair. Knits line hangers and photographs of notable Hania moments—a letter from the Obamas, a stitched-together memento from an intern—line the singular hallway. One snapshot bears particular significance, a vintage photograph of a child in Cold War Poland: an image of Hania’s founder, Anya Cole. “I escaped. I mean, really, it was not easy,” she says of her immigration. “I didn’t speak any English, but I learned. We do what we have to. And it was good, because, well, this is who I am now.”

It was from this renewed sense of self that Hania was born. But the luxury knitwear collection remains steeped in Cole’s roots; knitting was a constant companion since she was only nine years old. But while Cole is Hania’s most prolific producer, she’s shared her passion with the brand’s other manufacturers: women just like her.

Indeed, designs that eventually end up on sales floor at Bergdorf Goodman begin in the hands—and knitting needles—of local women. Many are immigrants; some can’t speak English. All of them found each other and, subsequently, Cole through word of mouth and chance encounter. A sort of domino effect that started when Cole asked her doorman, who was Albanian, if he knew any women who could knit. “He knew many from Kosovo, Montenegro, Albania,” she says. “They didn’t speak the language. But they knew the craft.”

Now, more than 100 women knit for Hania across five boroughs. Some have full-time jobs and do so in their down time, others didn’t even know how to knit before hearing about Cole and her network. The fellowship, however, remains universal, and the extra income has allowed many to thrive in an environment where foreigners so often struggle.

“I didn’t have any help. I had to look up my daughter’s school in a telephone book. There were many times I couldn’t help her. So I know exactly what these women are going through,” says Cole. “They cannot work because they do not speak English, and if you cannot work, you cannot pay rent. That’s everything.”

But despite the collaborative nature of the brand, Hania’s designs remain all Cole’s own. There are some statement pieces, but most have a timeless, wearable character to them, complete with quality materials. It’s not uncommon for members of the team to venture to Scotland and Kazakhstan to get up close and personal with local goats. As per Cole, if the material is right, there’s an instant spark: “When I touch the yarn, I know. But I have to feel it to get inspired.” And the methodology holds up. While the final product may look hefty from afar, even the most oversized of sweaters hang light on the frame—a shawl-like quality inspired by Cole’s ballet school days in Poland, a time when she and her fellow dancers wore “a lot of layers.”

And although Hania can be found in Bergdorf’s and in other high-end contexts, there’s a very individual relationship with customers. Just like the recruiting process, most hear about Hania through the grapevine. And that one-on-one relationship with the knitter and the consumer is paramount, distilled in a tag bearing the woman’s name who knit the garment.

“When I listen to the stories of all my ladies, they are the same,” Cole concludes. “Everybody has a different reason, but they’re the same. I wanted to have a better life for my daughter. Hania is about fixing, about making a better life.”

Disney’s Iger: ESPN Is Not for Sale as Company Restructures