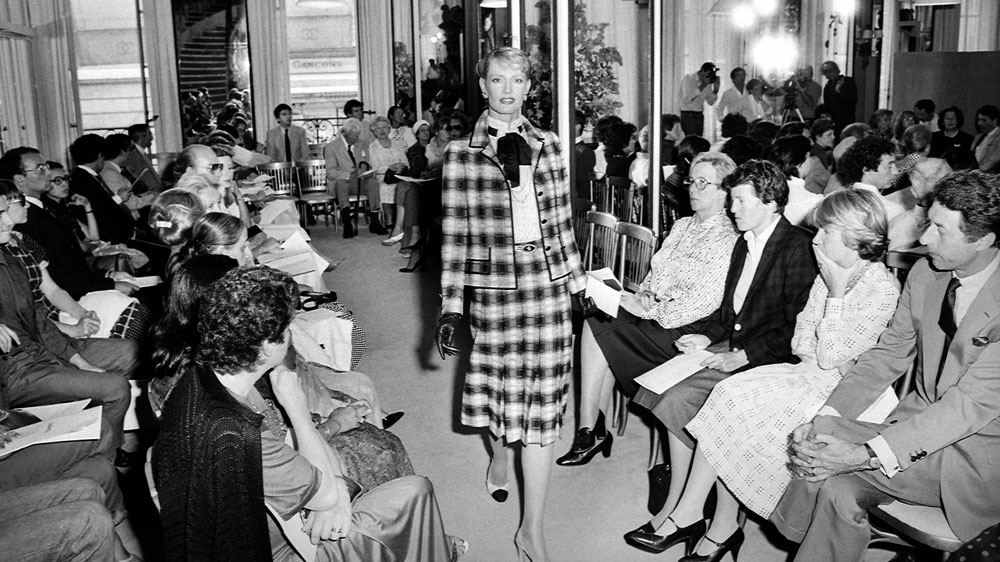 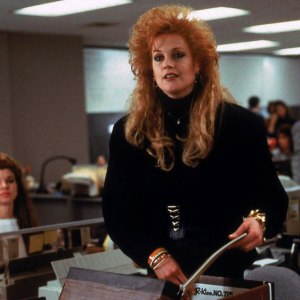 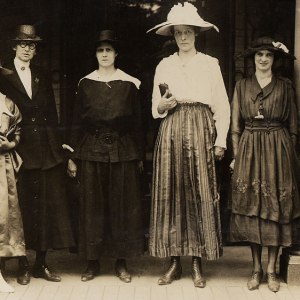 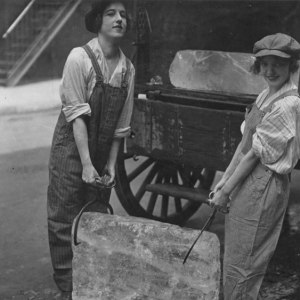 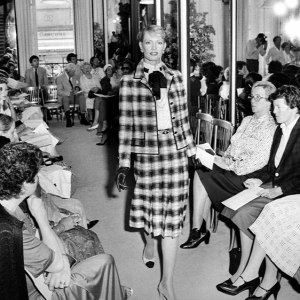 “I consider us a team, Tess, and as such, we have a uniform: simple, elegant, impeccable,” the backstabbing Katharine Parker informs her clever assistant Tess McGill in Mike Nichols’s 1988 Working Girl. Katharine is a model of urbane Manhattan sophistication; Tess is still shaking off the big shoulders and big hair of the boroughs.

That was 30 years ago. But Katharine’s instruction— “simple, elegant, impeccable”—is still the mantra chanted by everyone from the young college grad in her first serious job to the august chairwoman of the board. With nearly half the workforce female, and many of us in senior-executive positions (at last), the fashion industry is grappling as ever with these questions. Balenciaga creative director Demna Gvasalia put it bluntly: “How do you persuade a woman to wear a two-piece suit who is not the German chancellor?” He answered his own question with a tweedy, slouchy silhouette, constructed to appear as if the wearer’s shoulders were permanently thrown back. Many other designers followed suit, so to speak: Phoebe Philo, while at Céline proposed, among a plethora of fine ideas, a pastel jacket paired with a yellow pleated skirt. Philo might have been listening to Victoria Beckham’s words, “Delicacy can be strong”—advice Beckham gave as she proffered a lilac tailleur. In London, Roksanda Ilinčić tendered a trouser suit in blinding blue; in New York, Brandon Maxwell belted an orangey-pink blazer to flaunt a slender waist. Tom Ford, a master of tailoring, argued for a bright-white, peak-lapel jacket over nothing but a brassiere. (But that’s just the joy of a catwalk show. Tom knows his clients will add a shirt.) And in Paris, Dries Van Noten wafted a sheer bejeweled swath over sensible tweed, proof that even gauze can be formidable. (We’re sure Dries won’t blame you if you stuff this tulle in your desk drawer before lunchtime.)

If this trend proves anything, it is that you can project a powerful image without committing the eighth deadly sartorial sin—being boring. “You live but once; you might as well be amusing,” Coco Chanel averred, and she was in a position to know—the woman pretty much invented modern dressing. Everything but blue jeans can be laid at her two-toned spectator pumps. Just because you are testifying before a congressional committee or running a major media company doesn’t mean you can’t bring a little life to the table. Remember Madeleine Albright’s goofy brooch collection? Or Theresa May’s surprisingly frisky shoes? Still, the challenge is not to be too amusing, lest you and your parrot brooch, your feathered flats, send emphatically the wrong message to human resources.

The challenge of balancing a professional appearance and personal caprice is hardly a recent development. Beautifully cut jackets and sharply tailored trousers may be arriving at this very moment in your favorite boutique, but they are only the latest solution in a century-old dilemma. If you will allow a necessarily brief, sweeping overview: During World War I, when women were first arriving into the workforce in droves (they had to hire us, the men were away at war), the uniform was a crisp shirt (called a shirtwaist) and a long plain skirt (the challenge was keeping the garment fresh and sweet-smelling when pigs and horses still ruled the streets). Less than three decades later, men were again in the trenches and women were back in the workforce—wearing everything from Rosie the Riveter overalls (cute but not the sort of thing that will work on Wall Street today, though Stella McCartney and Isabel Marant showed versions on their spring runway shows) to skirt suits, whose shorter hemlines and trim jackets were the result of wartime fabric rationing. In the 1950s, encumbering girdles and bullet bras made sashaying around midcentury offices hideously uncomfortable—and the lack of equal pay was not so comfy either.

Then along came the revolutionary 1960s, blowing the lid off the culture’s conventions, sartorial and otherwise. The help-wanted ads were still separated into male and female columns, and Carnaby Street had us applying for jobs in Beatles caps and tiny baby-doll frocks (adorable and liberating, if not exactly the hallmark of the serious professional). Could things get any crazier? Yes! Tie-dye and hippie fringe! Bell-bottom disco catsuits! Is it any wonder that women breathed a collective sigh of relief when John T. Molloy published The Woman’s Dress for Success Book in 1977, a tome that the befuddled Tess McGill might have consulted? Molloy gave explicit instructions on such subjects as the lowest acceptable blouse neckline and the best winter coat, which turned out to be a “camel-colored wraparound.” (On this last, he wasn’t far wrong.)

We can scream with laughter at that book’s arcane advice now—but are we not still grappling with some of these conundrums, issues that are specific to women? Ask yourself, do men carry Manolo kitten heels in a tote bag to swap for their Reeboks when they get to the office elevators? Do they sequester a smaller, cuter bag in that humongous carryall, in case they have a drinks date after work? Do they lose their starched shirts and change into a silky camisole and a sparkly necklace for the office party? (A gambit that sadly will fool no one—your coworkers will instantly recognize that sober skirt, even as your pendant shouts “festive!”)

Still, it’s not all bad, being us. Men may not spend Saturdays wandering around department stores in search of a special-but-not too-quirky jacket to pair with not-too-flappy-but-not-too-skinny trousers—but then again, our male colleagues are stuck in their identical ensembles, day after day, with no opportunity to reveal the artistic soul lurking beneath that gabardine mufti. Limited to the sliver of personality that an Hermès necktie printed with tiny elephants can provide, they stand by in their sad, suffocating suits, while we storm the boardroom in buttercup blazers and persimmon pants.