Looking for Robb Report UK? Click here to visit our UK site.
×
By Lauren Mechling on May 30, 2018 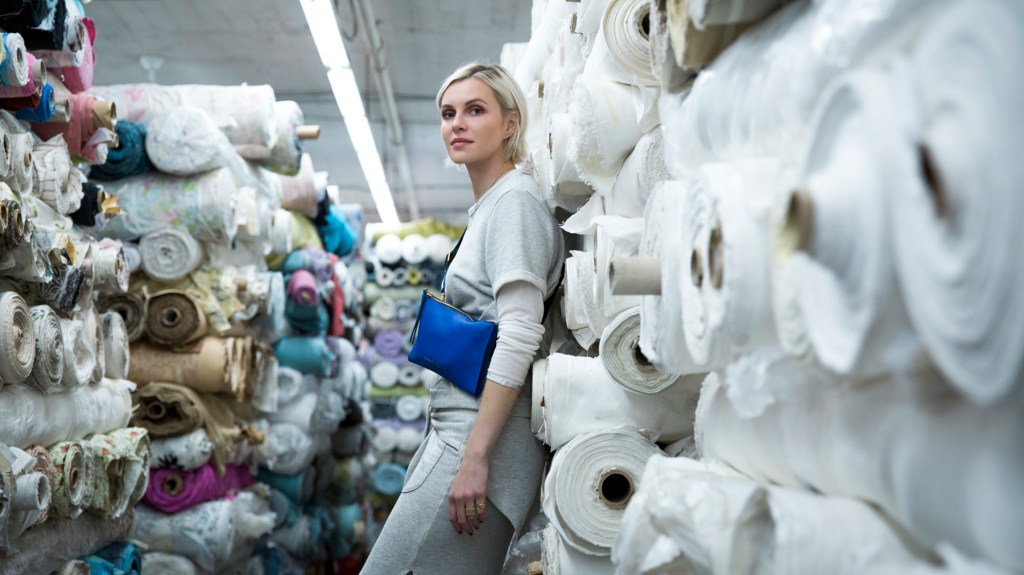 Phoebe Dahl doesn’t have a conversion story. Growing up near the ocean, first in Florida and then farther north, on Martha’s Vineyard, a deep respect for the earth and its myriad inhabitants has always been a fact of life for Dahl. So when she founded fashion line Faircloth + Supply five years ago, her number one priority was that “I not be another contributor to all the harm and hate in the world,” the 29-year-old says. It’s a commitment to sustainability that runs in the family. Dahl’s late grandfather, the legendary author Roald Dahl, expressed his concern for all living creatures in works like Fantastic Mr. Fox and The Boy Who Talked with Animals. Phoebe’s aunt, and Roald’s daughter, Ophelia, is currently president and director of Partners in Health, a nonprofit concerned with protecting the health and rights of the poor across the globe.

For all it does to make the world pretty, the fashion industry is also incredibly polluting, with its reliance on toxic manufacturing practices and a tremendous carbon footprint when materials and goods are shipped around the world. For her part, Phoebe’s venture is eco-friendly and part philanthropy, with 10 percent of sales going to charity. Her focus is school-age girls in Nepal, where basic education is so often unavailable to young, poor women.

A graduate of the Fashion Institute of Design & Merchandising in San Francisco, Dahl started small and learned along the way, researching the recycled fabrics, organic cottons, and low-impact, seaweed-derived dyes that would go into her sustainable fashion line. Her pieces, which are made in Los Angeles, have in common a low-key chic, with their easy, earthy palette and cuts that nod to Japanese or Scandinavian minimalism. Dahl’s drop-crotch pants and delicate turtlenecks are the sorts of elegantly comfortable items common to creative denizens of brownstone Brooklyn or Los Angeles, where Dahl partly resides (she splits her time between California and Mexico City, where her DJ girlfriend, Tatiana de Leon, lives).

“It would be nice to see a commitment in more than just a capsule collection.”

Dahl also makes room in her schedule for regular visits to Nepal, to visit with some of the 7,000 girls whom she has helped go to school. In addition to affording her an up-close glimpse of the girls’ struggle, these trips also illustrate how clothing can have a huge impact on closing the global gender gap. “One of the things we do is hand out school uniforms, which can repel sex traffickers,” Dahl says. “If the girls look like they are educated and prosperous, traffickers are less likely to approach them.”

Back in 2013, when she was getting Faircloth off the ground, Dahl took a soup-to-nuts approach, designing and cutting cloth and mailing orders. Now she has a small staff, yet the line remains true to its roots—Faircloth runs out of her Echo Park home, and Dahl still has a hand in everything from the design to the photo shoots. “There’s pretty much nothing I don’t do,” she says with a laugh.

Most recently, she partnered with Timbuk2, the San Francisco apparel company known for its ubiquitous messenger bags, and whose new CEO, Patti Cazzatto, has made no secret of her commitment to the environment. Dahl’s Jet Set pack stemmed from her personal problem of never knowing what to pack for a trip. The solution: a single piece that converts from backpack to tote and whose detachable inner pocket can be worn as a cross-body pouch. “I was struck by the company’s policy,” she says of her decision to partner up with the brand. “Once you buy a bag, they will repair it free of cost so that it never goes into a landfill.” Their collaboration is proving to be anything but disposable, with a larger travel bag in the works.

As more and more high-profile designers speak and design to issues of sustainability, we’re seeing more fast fashion brands making some effort at integrating better practices. “It would be nice to see a commitment in more than just a capsule collection.”