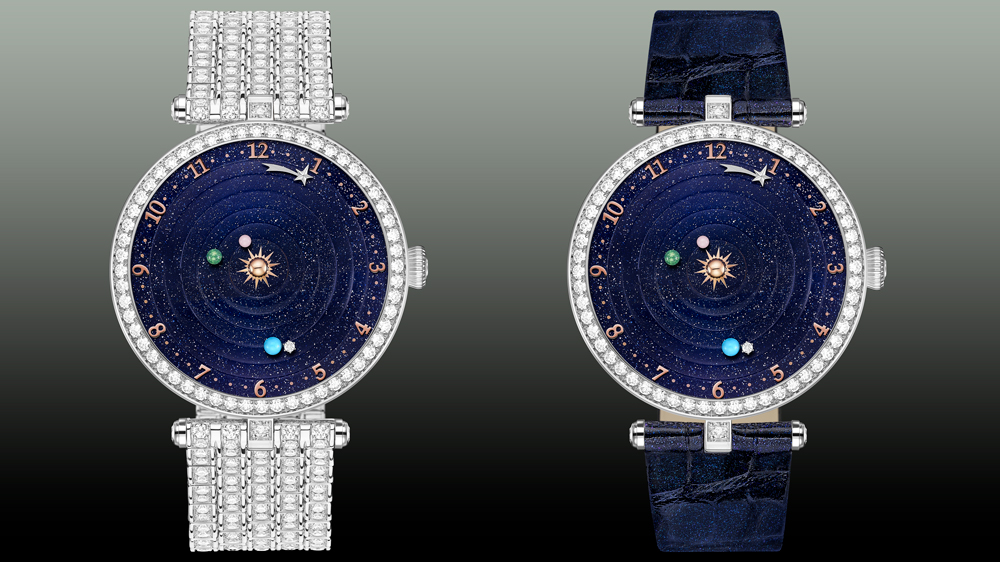 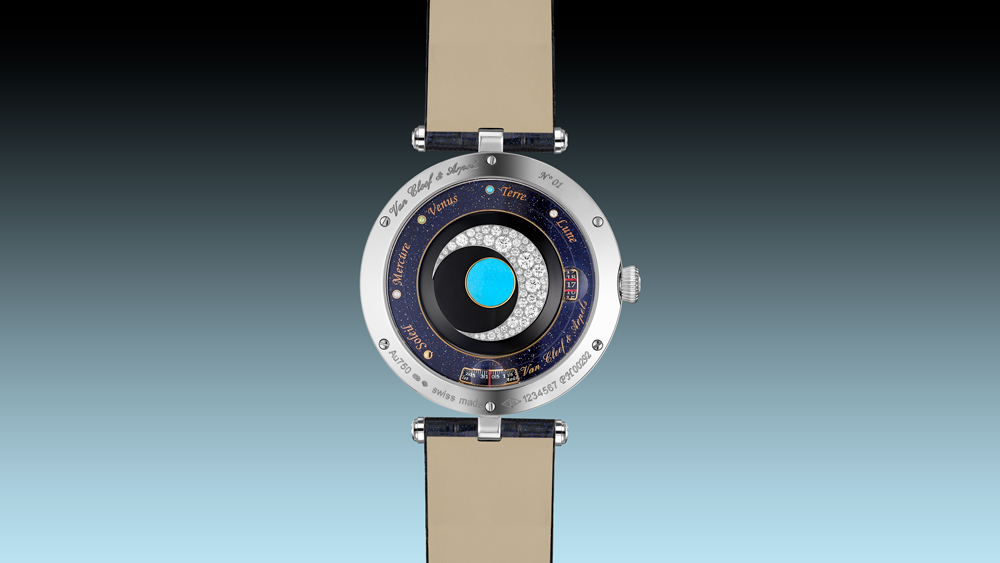 This new timepiece takes a slice of the heavens and miniaturizes it for the wrist. Van Cleef & Arpels’ Lady Arpels Planétarium complication illustrates the Sun (in pink gold) and its closest planets: Mercury (pink mother-of-pearl), Venus (green enamel), and Earth (turquoise) as well as its natural satellite, the Moon (diamond). Each celestial body orbits around the center for the number of days it takes them to orbit in space. That means the moon will orbit in 29.5 days, Mercury in 88 days, Venus in 224 days, and the Earth in 265 days. The planets are attached to their own rings, which move according to each of their calibrated times.

The seven rings are made of aventurine—a popular material in watch releases this year—a form of iridescent quartz that mimics the night sky. An outer ring features Arabic numerals and a shooting-star marker that tell the time. But, if anything, this will be more of a conversation piece meant to be admired (front and back) rather than used as a utilitarian means of checking the clock. Flip the piece over, and you will see a larger version of Earth in turquoise next to a diamond crescent moon that rests on the oscillating weight, as well as the names of each planet in French accompanied by their respective stones mentioned above. Also on the caseback are two magnified displays telling the year and the month and date.

First introduced as a men’s piece in 2014 called the Midnight Planétarium, Van Cleef & Arpels kept the same high complications and aesthetic of the original and reduced it in size to 38 mm to fit a woman’s wrist. It will be available on either a sparkling blue alligator strap or on a diamond bracelet.