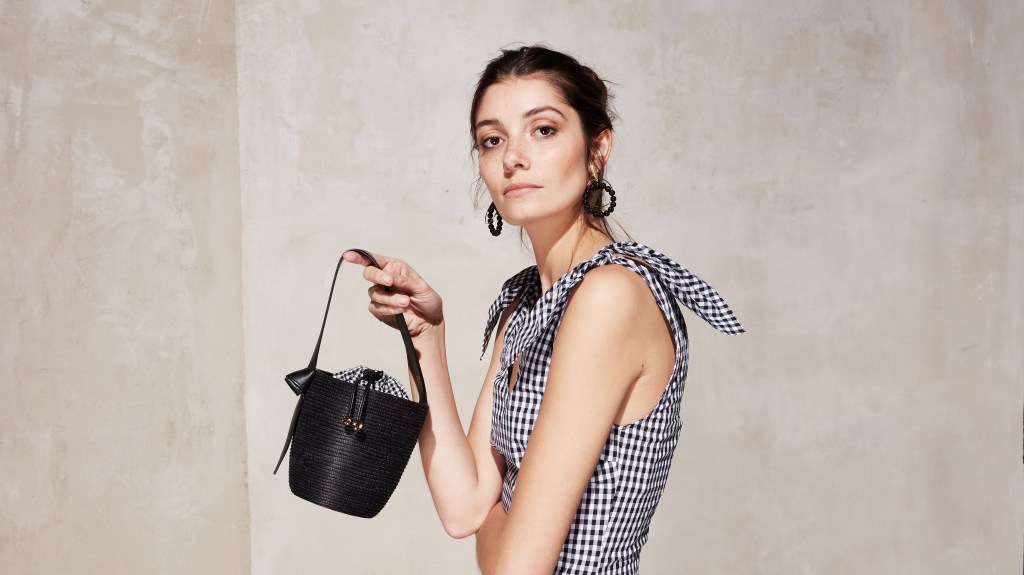 Woven straw bags, like the kind toted by Jane Birkin en vacances in the south of France, are a classic summer staple. But this season, as the pitch-perfect warm-weather accessory climbs to new heights as the must-have handbag, there’s one version that’s combining trend with something more significant: social responsibility.

Cesta, a new New York–based brand, has entered the milieu of woven wearables with a range of sleek variations on the beloved basket bag that are handmade by female artisans in Rwanda. The four silhouettes—a classic bucket, a cross-body, and a shoulder bag—marry traditional techniques with a modern sensibility—and give back at the same time.

Cesta’s co-founders, Erin Ryder and Courtney Weinblatt Fasciano—who between them have worked for the likes of Harper’s Bazaar, Marie Claire, Theory, and Rebecca Taylor—began with a few seemingly simple criteria: Produce a quality product, give back to the community that produces it, empower women, and keep prices and wages fair. The basket bag—at the nexus of fashion-minded women’s desires and the traditional crafts of developing countries—was the perfect vehicle.

Rwanda has a rich history of basket-weaving, where the technique is passed down from mother to daughter as a rite of passage into adulthood. Cesta works with several cooperatives of Rwandan female artisans that are entirely operated by locals, from recruiting to training and production. The average Cesta weaver supports a family of five and is the primary breadwinner, so the reliable income provided by working for the brand allows her to not only provide necessities for her family but also invest in education for the next generation. Since Cesta launched in late May, demand has already enabled the brand to expand into more Rwandan communities, with the goal to eventually reach more rural (and often, more impoverished) locales.

Each bag begins with sisal—a biodegradable material whose plants also prevent soil erosion—which is hand-dyed in Rwanda according to Pantone colors dictated by Cesta’s design team. The dyed sisal threads are then bundled and handwoven, a process that takes anywhere from three to six days, depending on the pattern of the bag. The designs celebrate Rwanda’s indigenous weaving methods, distilling the patterns into timeless, universally-appealing motifs like stripes and checks. Once the baskets are woven, they are sent to New York for finishing touches like fabric lining and leather straps (powered, again, by local craftsmen).

Sailing in Luxury With Dom Pérignon