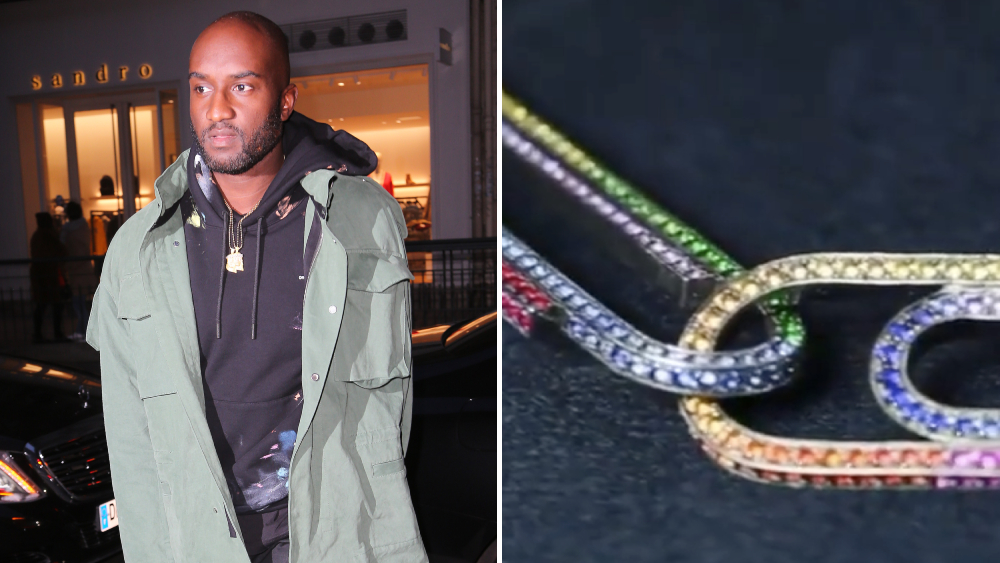 Hot off of the launch of a new collaboration with Vitra, designer Virgil Abloh is returning to his partnership with New York-based horologist and jeweler, Jacob & Co. Part of the duo’s Office Supplies series, the creations mimic the forms of workaday desk accessories albeit rendered in far more precious materials.

The entire lineup has yet to be revealed but Abloh teased one of the signature pieces on his personal Instagram account. Shaped like humble paperclips linked together, the featured necklace is made from what appears to be gold set with a rainbow of faceted stones. Abloh’s closeup cinematography details the piece’s construction, showcasing just how well its shimmering gems catch the light.

The partnership made a splash when its first products, including gem-set necklaces and earrings made from yellow, white and rose gold, were released in March.

In an Instagram post earlier this year, Abloh explained the inspiration for the offering. “The collection is a concept for fine jewelry I developed and have been sitting on for a while now…It’s all cryptic & metaphoric but that’s as much of the concept as the adolescent idea of making a paperclip bracelet in grade school meets the blinding aspirational quality of a Rocafella chain. It’s my whole art practice in one object.”

Not much else is known about the new offering other than what Abloh previewed via his social media channels, but what was shown is in keeping with the designer’s ethos. Abloh is the founder and creative director of Off-White in addition to his role as Louis Vuitton’s head of menswear. Throughout his career, the designer has gained a cult following by taking styles previously thought banal––like flannel shirts and sneakers––and elevating them into the fashion mainstream. If his Jacob & Co. wares prove as successful, it has the potential to engage an entirely new audience in the realm of high-end jewelry. 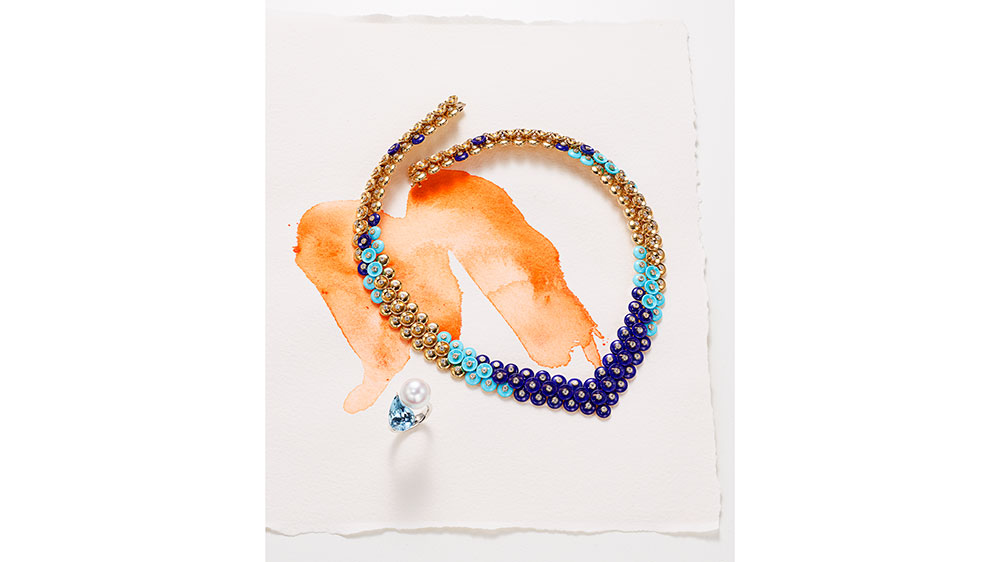