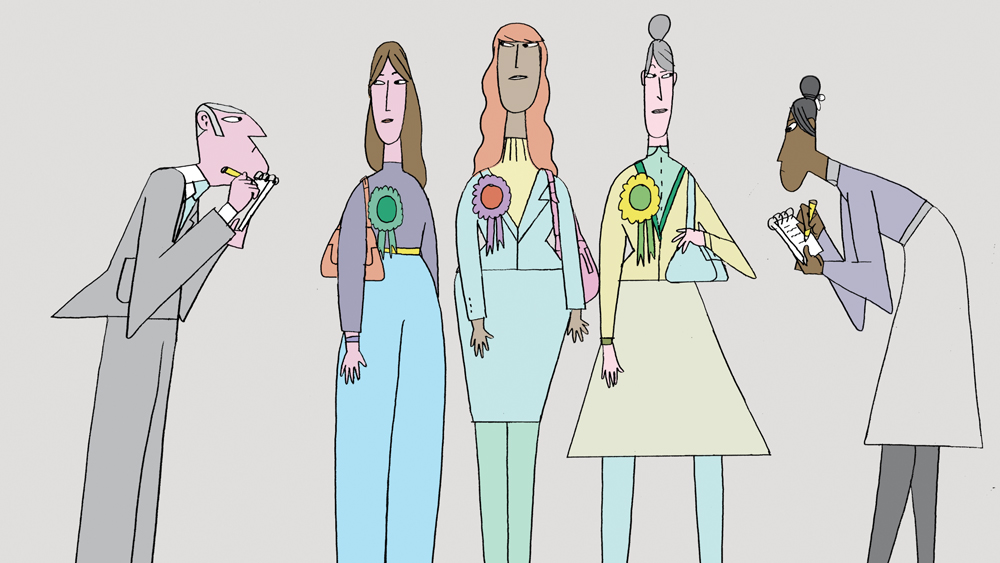 This November, 527 women from all over the United States will be running for Congress in the midterm elections, which means that 527 people are, in effect, going on endless job interviews, trying to convince their prospective employers—also known as their constituents— that they are the right person for the position. But, sad news, in addition to formulating their views on health care, education, the environment, immigration, and a raft of other vital issues, these nominees, unlike their male counterparts, will also be judged on what they wear.

Of course, you already know this: A man puts on a suit and he is well dressed, case closed. But the poor female candidate, even in these allegedly postfeminist times, is still bedeviled when she stares into her bottomless closet, trying to get dressed with the clock ticking. Don’t believe me? Consider: Last summer there was an intensive five-day course, titled 2018 Women’s Campaign School and hosted by Yale Law School, that included a two-hour session called “Dress to Win.”

Whatever you do, you’re wrong.

We don’t need two hours, we can sum this up in two minutes: Whatever you do, you’re wrong. You can opt for anchorwoman shifts, but then people will stare at your arms. Pay too much attention to your shoes, and you run the risk of turning into a stateside version of British Prime Minister Theresa May, whose footwear has garnered almost as many column inches as her Brexit strategy. Stick to Hillary-worthy jacket and trousers, and maybe younger voters will think you are boring? Then again, knock on doors in jeans, and older voters might assume you’re a slob? You’re either humdrum in an Armani pantsuit or slumming in Gap denim! You’re either too fashionable (doesn’t she have more serious things on her mind?) or too slapdash (if she thinks that top matches those pants, can she be trusted to balance the budget?).

In addition to formulating their views on health care, education, and a raft of other vital issues,

these nominees, unlike their male counterparts, will also be judged on what they wear.

Even first ladies—not politicians, strictly speaking, but certainly people living political lives—are not exempt from our gimlet stares. If you volunteer at a food bank in Lanvin sneakers, as Michelle Obama did, will they say you’re a spoiled rich person masquerading as the salt of the earth? Show up in a pink pussy-bow blouse at a presidential debate, like Melania Trump, and you leave yourself open to speculation that you’re silently critiquing your husband’s notorious comments. It’s enough to make you tear your hair out—but then your coiffure would be subject to increased scrutiny.

Still, all hope is not lost. If, in the famous words of Frank and Ernest cartoonist Bob Thaves, as quoted at the 1988 Democratic National Convention by then Texas governor Ann Richards, “Ginger Rogers did everything [Fred Astaire] did … backwards and in high heels,” then perhaps our increased visibility, and all the seats we may soon win, means that in the future we will be marching not backward but gloriously forward, dancing into the halls of Congress, fearless in our spangled sneakers, our UGGs, our cowboy boots, our ballet flats, or even—if we love them—the highest of heels.