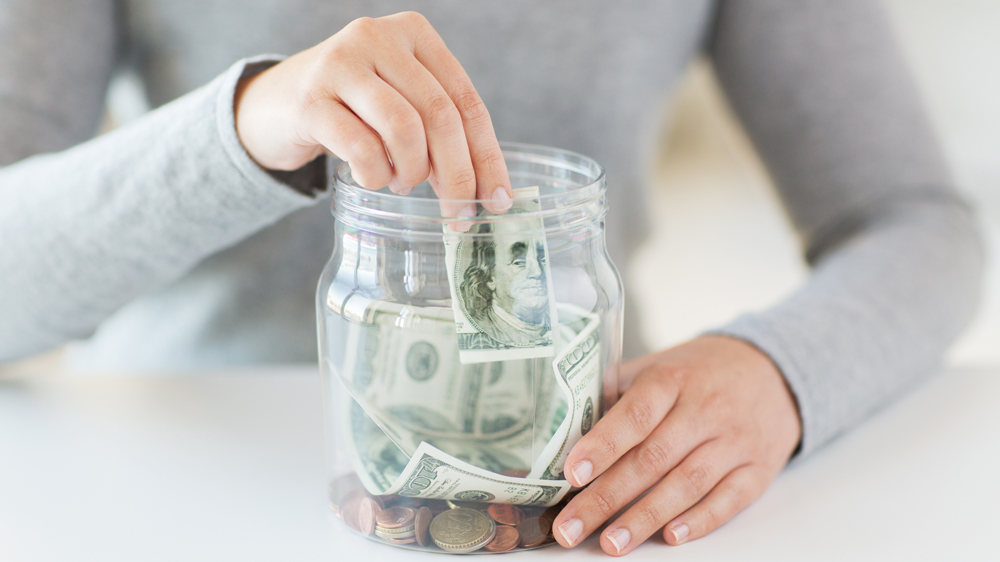 Out-of-control wealth is always fascinating to watch on the big screen. In the past month, we’ve seen Kardashian-style spending Singapore style in the movie Crazy Rich Asians, and a little girl in diamond earrings who wants “money as big as this room” in Generation Wealth, the sobering documentary by Lauren Greenfield that’s showing in select cities. But if purposeful wealth is more your style, this kind of excess might make you wonder if having money is a shameful secret.

“Actually, we should be saying #Time’sUp for money silence,” says Kathleen Burns Kingsbury, a wealth psychology expert and founder of KBK Wealth Connection, who advises individuals and wealth managers about the emotional side of managing money. Breaking Money Silence is the title of her recent book, and she defines the term as “that uncomfortable feeling that leads us to think we’re supposed to be quiet about our money.”

Part of the silence, she says, comes from stereotypes that are damaging at either end of the economic spectrum. “It’s the view that if you’re poor you’re lazy, if you’re wealthy you’re an entitled brat,” says Kingsbury. “The less we talk about wealth the more it becomes a black-and-white assumption.”

So her mission is to show people —women and men, though she sees some special anxieties about managing money on the part of women—how important a healthy view of money is to their relationships and life choices, not to mention their portfolio management.

“Women will often say money means freedom, independence, security for their family and the next generation, and the ability to give back and make a difference,” she says. “But I’ve also heard women say that wealth is a burden, something that makes them feel isolated.” Kingsbury once worked with a woman whose inherited wealth—and love of going out west for ski weekends—stopped her from taking a job she really wanted in the nonprofit sector because she thought she wouldn’t fit in with people living on nonprofit salaries. And she worked with a young man who coped with his wealth, inherited from a rock-star father, by hanging out with friends who were only too happy to blow away the royalty checks on drugs and partying. “Eventually he saw that he was using the money to imitate his father’s abusiveness,” says Kingsbury.

Most of the population might think those are enviable problems but, as Kingsbury sees it, when you distance yourself from the realities and responsibilities of wealth, you’re leaving yourself—and your children—unnecessarily vulnerable to the “brat” stereotype. Better to talk with an advisor about the wonderful and scary aspects of having money, and confront the worries.

“I don’t tell people to stop worrying because that doesn’t honor their concerns,” says Kingsbury. Instead, she suggests a mindful method for worrying about money, whether your concern is that wealth sets you apart or that a bad investment decision might make it all disappear. “I say set aside a certain amount of time each day to worry about your money,” she says. “It could be a minute or an hour; the idea is that you honor your fear but also contain it. Then you start thinking about what’s at the bottom of the worry.” Maybe you need a philanthropic plan, or more financial education, or maybe someone told you that women aren’t good at managing money.

At the same time, here’s something worth worrying about: How do you bring up your children to be realistic and responsible with wealth? Definitely not by keeping quiet about it, says Kingsbury, who offers these three tips for raising money-savvy children:

Talk to them about money early and often.

Some parents want to protect their kids from bias against wealth. But think of these conversations as approaching healthy money management in a way that’s similar to telling them about good nutrition. You don’t tell your five-year-old he’s going to inherit millions someday, but you talk about what you’re doing with your money throughout their lives.

If you see a movie with a money message, talk to your teenager about the message and how realistic it is, and how you might invest money in the greater good instead of buying a gilded palace.

Give them small amounts of money to experiment with.

Once they reach their teens, give them, say, $1,000 to invest, or $2,000 to give to a cause they support. The kids should do the research so that they’ll learn such skills as reading financial statements and researching a charity’s impact. The investment might not pay off in the way they hope, they might even lose it all, but that’s okay because they’re getting practice at managing their own money.

“If they learn financial awareness, they’re less likely to blow their money on drugs or marry a gold-digger,” says Kingsbury. “Of course, life happens. But you’re not just setting them loose with their wealth.”