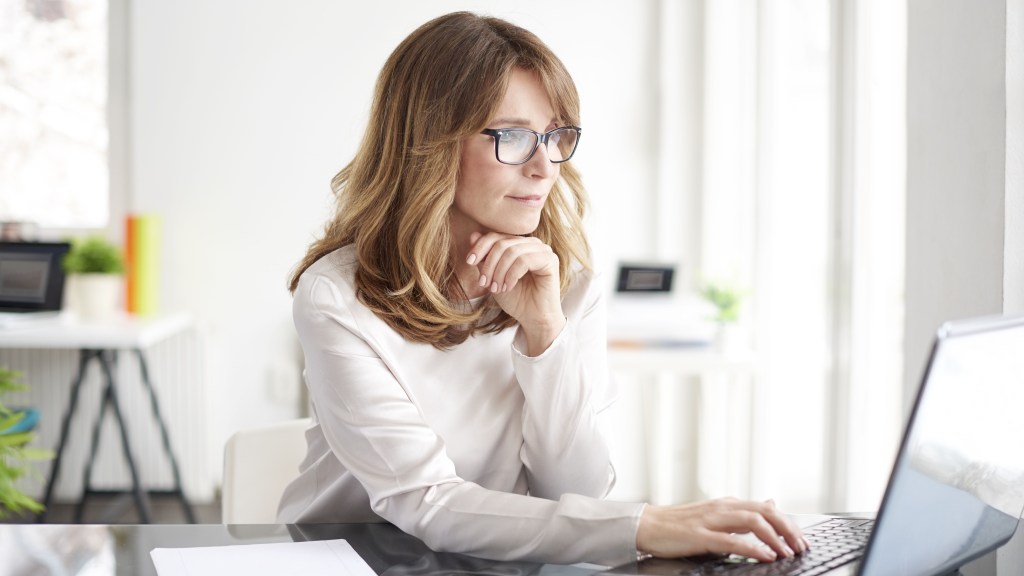 Sharon Vosmek has been an angel investor in 25 startup companies, all owned by women. While she was impressed with the business plan in every case, Vosmek also wants to put her capital into companies that answer an important need in society. A venture called nVision, for example, makes a medical device that has the potential to prevent such conditions as infertility, ectopic pregnancy, and pelvic pain by simplifying the ability of doctors to diagnose fallopian-tube cells. Ellevest, the digital financial advisory firm for women that former Wall Street wonder woman Sallie Krawcheck launched in 2016, appeals to Vosmek because she likes the idea of financial advice aimed at women’s needs.

Vosmek is both the chief executive officer of Astia, a Silicon Valley investment platform that has been funneling private capital into women-led startups since 2013, and one of the 43 Astia Angels, a group of investors who use their personal wealth to help ventures get off the ground.  Astia Angels is a club that’s open to men as well as women—you just have to meet the income or asset standards to qualify as an accredited investor and have a burning desire to change the face of tomorrow’s corporate world.

“This is the most powerful investing I’ve ever been involved in,” says Vosmek.

Angel investors have been around as long as private enterprise has existed, but only in the last several years has there has been a movement to invest directly in women’s entrepreneurial ventures. Membership platforms like Astia and Plum Alley in New York are making it easy to put your capital into women-owned businesses by researching and selecting the companies, then offering members a chance to invest in the companies they like as part of a capital pool. The portfolio selection will be, by design, focused on women entrepreneurs who have the potential to be change agents in science, medicine, technology, or education.

“I think of what we do as intentional investing, getting attuned to the kinds of companies you want to see advance,” says Andrea Turner Moffitt, a former investment banker and hedge fund analyst who co-founded Plum Alley in 2015 with Deborah Jackson, who was previously an investment banker with Goldman Sachs. Plum Alley’s members invest in companies when they’ve past the seed stage and begun to earn revenue, participating with venture capital funds in Series A or B investment rounds.

The idea is to help solve a persistent problem: Even women entrepreneurs with earth-shaking ideas often have a hard time finding investors.  Pitchbook, a Seattle-based research firm that covers private capital markets, found that out of the $85 billion in venture capital that U.S. companies raised in 2017, women-run companies received just over $10 billion. While Pitchbook surmises that a lot of venture capitalists might have blind spots, such as a subconscious conviction that entrepreneurs are supposed to look like Mark Zuckerberg, research indicates that companies perform better if a woman is at the top. First Round Capital, a venture capital firm that provides seed capital, studied the data for its first 10 years of investing, 2005 to 2015, and found that their investments in companies with at least one female at the top performed 63 percent better than their investments with all-male founders. And in academia, MIT Sloan School of Management professor Thomas Malone’s research over the past decade has found that the collective intelligence of a group rises when women are involved.

Members of investment circles like Astia and Plum Alley say they like the fact that they can help their portfolio companies succeed by lending their expertise and connections. When Plum Alley participated in a $10 million capital round for an education technology company called ThinkCERCA, which provides software that helps educators teach critical thinking skills, Plum Alley member Joni Bessler, who had been a partner in China for the consulting firm Booz Allen Hamilton and headed the efforts to launch a branch of the U.S. private school Avenues in Beijing, provided some key introductions in China for ThinkCERCA’s founder, Eileen Murphy Buckley. ThinkCERCA now has a partnership with the billion-dollar Chinese education and test-prep company TAL Education Group.

Of course, investors expect to make money, too. In spite of women’s ability to outperform men, any single investment is generally high risk, which is why venture capital funds diversify across a large portfolio of companies. Astia and Plum Alley members can choose their own portfolios. The capital you commit as a member can be as little as $10,000 or as much as $2 million. However, it should be money you can afford to lock up over a period of anywhere between three to 10 years, until investors can exit through a public offering, a sale to a larger company, or a buyout from a private equity firm. Astia has taken three companies to the exit stage so far, and Vosmek says investors tripled their money. Plum Alley, similarly, targets a return of about three times the investment its members put in. Each of these firms has seen a portfolio company go under—although in both cases there has been only one failure out of Astia’s 54 holdings and Plum Alley’s 10.

Mary Byron, a former partner and chief technology officer at Goldman Sachs and a Plum Alley member, says there are non-financial rewards even if a company fails, because members become part of a group that keeps learning about innovation. “If the stock market goes down you lose money and you don’t feel that you’ve moved anything forward,” says Byron. “But here, we’ve helped move the science forward, and the next venture in that particular area will have a better chance. So, it doesn’t feel as if the investment is ever wasted.”