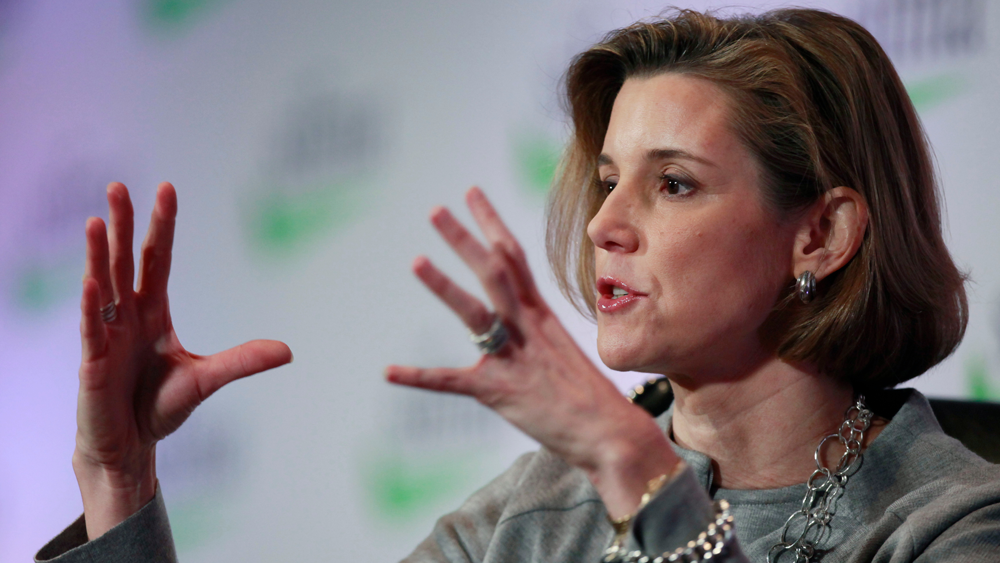 Sallie Krawcheck has been disrupting the status quo on Wall Street throughout her career—not just because she was one of the few women to rise to senior management ranks, but because she speaks her mind when she thinks men are getting things wrong. As a financial analyst, she became known as a crusader against conflicts of interest. She was running the wealth management business at Citigroup when the financial crisis of 2008 hit, and found herself out of a job after saying clients should be reimbursed for the problem investments the bank had recommended to them. After that, she headed the financial advisory business at Bank of America Merrill Lynch for two years, but stepped down in 2011 rather than accept a demotion. Now, at 53, she runs her own show, and it’s all about elevating women in the global economy. She is the CEO of Ellevest, a digital investment platform for women, and chair of both Ellevate Network, which connects professional woman, and Pax Ellevate Global Women’s Leadership Fund, which invests only in companies with a track record for advancing women—meaning it invests with a gender lens. With the Pax fund, she has become the world’s most high-profile leader in gender-lens investing, a strategy that has been growing over the past several years mostly because it pays off. The fund now has $215 million in assets under management and has returned just under 10 percent to investors over the past five years, according to the research firm Morningstar. Krawcheck spoke with Muse about why having more women at the top is good for business.

Gender-lens investing has established a great track record. Do you still have to explain to investors and business leaders that it’s a good idea?

Investors have been investing with a gender lens for a long time—and that gender is male. The majority of companies that people invest in today are run by men. So, we’re investing in men. It took me a while to wrap my brain around it, too, but as I’ve become older, and I hope wiser, I’ve learned that investing in women is just smart. Companies with diversity outperform companies that are not diverse on so many levels, and when you invest in small, women-owned enterprises, the women are more likely than men to put their money into their communities and their families, and donate to nonprofits. To my mind, the ridiculous assertion that any type of social investing by definition must mean a diminution in returns is dated, lazy thinking. But I still go to conferences and it’s stated as fact.

What would companies look like if women were in charge?

I don’t think the world would be a perfect place, but we’d strive to have companies that would be representative of the complexion of the U.S. in every way. I think there would be business opportunities that just go right by us when a company isn’t diverse.

You’ve talked before about how in a crisis, companies will become less diverse. How is that playing out in 2018, when the biggest crisis companies could be facing is the Time’s Up movement?

When we’re going through a crisis we eat comfort food. We do everything to make ourselves feel better, and that can include firing people who are unlike ourselves and hiring more people who are like ourselves. This year we’re seeing a theme, and that theme is women coming together. Women have banded together behind the leadership of Susan Fowler to change the senior executive teams at Uber; women have banded together at Nike to completely change its executive teams. Feminism as an individual sport now seems very 2016. But I was at a dinner party recently, talking with a senior leader in the financial services industry, and he said, “I don’t know what to do anymore. I mean, am I not allowed to tell a woman she looks good? This is going to lead to less hiring of women.” I thought, “All right, dude, you’re grasping at straws. That isn’t what this is about.”

So, are you ready to fight against backlash?

That’s why I’m doing what I’m doing. I’m all for bringing in men who are allies, but the time of waiting for permission is over. O-V-E-R.

Could This (Finally) Be the Year of Investing in Women?

It was a man, actually, who started the Pax Ellevate Global Women’s Index Fund. Joe Keefe, CEO of Pax World Funds and Pax Ellevate Management, first acquired a mutual fund that invested in companies that advanced women in 2005. “Research from international institutions like the World Bank suggested that countries’ economies were stronger when women were educated and empowered, and I had a hunch that would play out at the micro-economic level,” says Keefe. In 2014, he spoke on how investors can make a difference at an event hosted by Sallie Krawcheck’s Ellevate Network. Afterward, he and Krawcheck had breakfast and talked about a plan Keefe had to revamp his fund to follow an index of the top-performing companies that have women in their boardrooms and executive suites.

“We signed a nondisclosure agreement that afternoon,” Keefe recalls.

Today the Pax Ellevate fund’s top holdings include Microsoft, Texas Instruments, KeyCorp, and Facebook—all companies that have at least three women on their boards. Catalyst, the think tank that promotes inclusive workplaces for women, has long maintained that three is the number it takes to create the “critical mass” that can lead to better financial performance. Yet Catalyst finds that around the world, only 20.1 percent of boards have at least three women, and in the U.S., women hold just under 20 percent of all board seats at S&P 500 companies.

“Sometimes I’ve likened not having women in leadership roles in 2018 to a company saying we don’t want to use computers,” says Eve Ellis, who manages the gender-lens investment portfolio at Morgan Stanley Wealth Management. “Why would any company not want to lay the foundation for their success?” Ellis’s Parity Portfolio invests in companies that have women on the board and a policy of equal pay for women and men, and is backed with Morgan Stanley research reports showing that such companies have better performance figures and less volatility than companies with less diversity.

It should also be noted Ellis, Keefe, and other asset managers in the gender-lens space screen potential holdings for strong financial performance first, and only if a company passes that test do they begin to tally up such factors as how many women it has in high positions and whether compensation for women equals that of men. More than anything, it is strong performance that is attracting investor interest. As of late 2017, there was more than $2 billion in about 70 different investment vehicles that benefit women, according to figures from Bloomberg, Veris Wealth Partners, and Wharton Social Impact Initiative.

Moreover, the emphasis on financial performance gives asset managers a big advantage when it comes to talking with executives at companies with less than perfect records about why they should be saying no to all-male boards and yes to diversity and pay equity. Keefe does this frequently, and has helped bring both Apple and Amazon around to examining their pay equality practices. So does Trillium Asset Management, which takes an activist investor approach, attending annual shareholder meetings and voting against the company’s proposed slate of directors if at least 30 percent of the candidates aren’t women or people of color.

Ellis has sometimes had to tell corporate executives that she can’t even consider investing due to a lack of women. “I do think as you have more investors doing this, companies will change,” she says. “Those that cling to old biases will have to explain why they’re not forward thinking.”