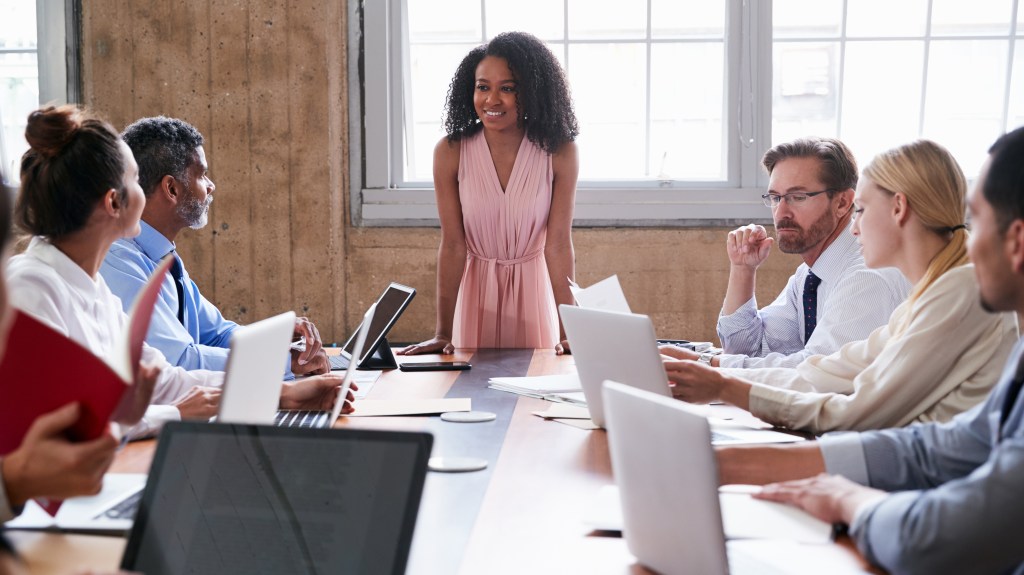 If you follow the news of workplace sexual misconduct—and who doesn’t these days?—you’ve no doubt heard that investors in any number of companies are clamoring for more women on the board of directors. An investor group pressured Amazon after a woman employee publicly accused an executive of sexually harassing her last fall. In Nevada, the six largest gaming companies have scrambled to increase the number of women on their boards after allegations of sexual harassment against casino mogul Steve Wynn drove him to step down from Wynn Resorts in February. The idea in all cases is that women won’t tolerate a corporate culture that lets such things happen.

There are two great reasons for highly accomplished women to serve on the boards of corporations both large and small. One reason is that they need you—and not just because of Me Too.

Charges of sexual harassment or any kind of discrimination are a risk to a company’s reputation and therefore its shareholder value—and women board members and executives are the best assurance against a “wink-wink, nod-nod” culture, as Davia Temin puts it. Temin, the president and CEO of the governance and crisis management consulting firm Temin & Co in New York, has been advising corporations about how to avoid becoming “Weinstein Co. 2.0”, but she says boards also need women because “some of the smartest and most thoughtful governance is being done by companies that have more women on their boards.” Moreover, companies need diverse boards to remind them what it takes for a product to appeal to women, millennials, people of color, the LGBT community, and others who don’t fit the central casting image of gray-haired white male.

There are two great reasons for highly accomplished women to serve on the boards of corporations both large and small.

One reason is that they need you—and not just because of Me Too.

The other reason to serve on a board is that the experience will do a lot for your professional savvy, even when you’re at the top of your game, which you pretty much have to be.

“As much as you expand the perspective of the company, the value is reciprocal,” says Elaine Eisenman, who is the managing director of a consulting firm, Saeje Advisors (pronounced “sage”) in the Boston area, and the former dean of executive education at Babson College. Eisenman currently serves on the boards of two privately held companies, Miravan and AtmosXR, as well as the publicly traded shoe retail chain DSW, Inc. The latter is known for having board meetings that aren’t just a day of reviewing financial statements and company practices, but include a board education day and two days of discussions about best practices in the retail industry, with a variety of expert speakers, so the meetings offer new insights that Eisenman can bring to her consulting clients about retail, consumer and technology trends—like what sort of digital enhancements we’ll find on our shoes in a few years.

Serving on a board isn’t a career stepping stone. “It’s the top level of a leadership journey,” says Temin. When a company casts about for women board members, they generally look for recommendations from other directors or senior executives, although increasingly these days they might ask a headhunter who specializes in board placements to come up with a diverse slate of candidates. To be a viable candidate, it helps if you’ve run a highly successful company—a startup will do in many cases, and might be the perfect ticket if you’re a Millennial and the company needs younger women who can bring new perspectives on technology disruption and social media. Experience leading a successful transformation in such areas as cyber security, talent acquisition, or customer experience can also be a way in, especially if you’ve proven your ability to innovate and revolutionize.

You can, however, start preparing for board service any time by getting onto boards of startups or small family-run businesses. Most corporate directors have also been on nonprofit boards; though that doesn’t directly translate because you aren’t charged with the goal of boosting value, nonprofit board experience is a way to start building a high-powered network.

Wherever you serve, large or small, Eisenman says that one of the most valuable assets a woman board member can bring with her is the audacity to ask uncomfortable questions, such as: “What are we not thinking about?” “What haven’t you explained?” “Why do I not understand this?” She had to ask demanding questions and act on them about eight years ago, when she was the sole woman on the board of a privately held company and was concerned about money losses from an ambitious global expansion.  At a confrontational meeting, the CEO said he wouldn’t act on the board’s recommendations to shut down that part of the business. “When you realize that your voice no longer matters, you need to be courageous,” she says, “so I resigned, assuming that others would do as they had previously committed and follow me. No one else did.”

In the old days, says Eisenman, a woman on a board might try to fit in with the guys. Now it’s her responsibility not to.