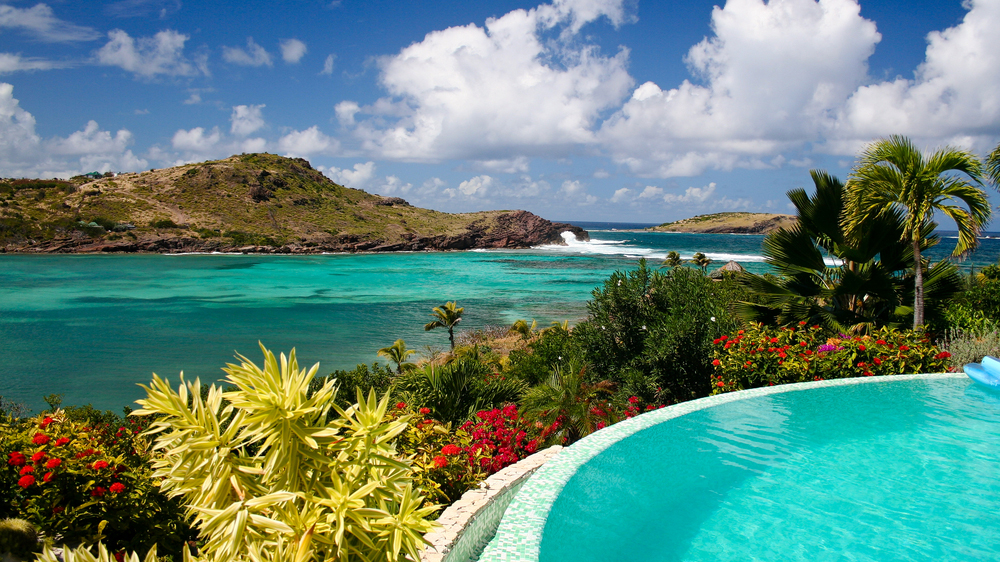 I have nothing against dancing on tables or popping magnums of rosé. I just didn’t want any of those things to feature prominently in my trip to St. Barts. As the mom of a one-year-old, I wanted to do as little as possible and not feel like I had to put on a pair of high heels to go anywhere. In fact, I wanted to dispense with shoes altogether.

To be frank, I wasn’t sure if St. Barts would have enough beyond nightlife and fancy restaurants to deliver the low-key, laid-back holiday I was seeking. But it turns out that if you know what to do—or rather what not to do—this gem of an island can be a respite from everything you want to escape in real life. (First step: Shun the crowded restaurants that only have a 9 pm reservation.)

Fair warning: There are some trade-offs—like not going into Gustavia, the main town chock-full of luxury stores, art galleries and superb restaurants. But laid-back downtime can indeed be found on the Caribbean’s most luxurious island. Here’s how to find it.

Step One: How to Get There

First things first: Arrive with as little stress as possible. That’s no small feat when traveling to an island that requires landing at an airport with one of the scariest approaches on the planet (its very short runway between two mountains leaves no room for error). The most civilized route is through Puerto Rico from the continental US on any number of airlines, followed by a connection via Tradewind Aviation. The airline’s posh little planes operate multiple flights a day from San Juan to St. Barts. As a bonus, Tradewind also has a dedicated lounge in San Juan.

Step Two: Where to Stay

St. Barts is an island of many luxurious resorts, but not all of them are ideal for a holiday of leisure. Here are three that will keep you placidly pampered—and clear of any late-night shenanigans.

Le Sereno lives up to it name as the most serene choice on the island. The resort, which is situated on a crystal-clear cerulean lagoon boasting the best sea-turtle watching on the island, has a feeling of uninterrupted tranquility. It’s the perfect place to get acquainted with the art of doing nothing, punctuated by swims in the guest-only pool, kayaking around the lagoon, and lunch—take your pick among dishes like tuna mini-tacos, skewers of octopus and potatoes, and linguine vongole—served to you on your beach bed. Le Sereno also has the advantage of being in an area where a boat can come directly to you for long days at sea, snorkeling, swimming and seeing the sights sans traffic.

Hotel Christopher is a sleek and hip enclave near Pointe Milou overlooking the crashing waves of the Atlantic. I fell head over heels for the cushioned daybed on my balcony—it’s the kind of place where you’ll want to spend hours curled up with a book, listening to the ocean and staring at the craggy coastline. There are a few reasons, however, to leave your room. One is the hotel’s new dining concept, Christo, which focuses on exquisite high-end steaks and organic vegetables made by classically trained French chef Nicolas Tissier. Another is the hotel’s Sisley Spa: I recommend the new lomilomi massage, which uses a technique that mimics the movements of the waves.

Meanwhile, Villa Marie Saint-Barth is a slice of tropical paradise nestled high in the hills above Colombier. Owned and designed down to the last detail by the stylish French hotelier Jocelyne Sibuet, the boutique property is bursting with color and charm. Days are easily passed sitting out on your porch, relaxing in your outdoor bathtub and lazing by the intimate palm-tree-ringed pool (where you’ll fill up on rosé from Sibuet’s own vineyard in Aix-en-Provence). Should you want to stretch your legs, Villa Marie has the unique distinction of being located on a part of the island where you can actually walk. The hike to Colombier, arguably one of the prettiest beaches in the Western Hemisphere, is a scenic 30 minutes down a steep hillside. (Paradise is worth it and so is dinner back at Villa Marie—motivation for both directions.)

Step Three: Where to Eat

All three of the hotels above offer relaxed restaurants, but there are also a few delicious places worth leaving the sanctuary of your hotel for. First among them is Le Grain de Sel, probably one of the only respectable commercial establishments on the island where you can wear flip-flops to dinner. The restaurant is genuinely local and a bit under the radar, tucked away near one of the island’s most remote beaches. (You’ll even have to have your hotel book you a table—the eatery doesn’t have a website.) Deliciously unfussy, the cuisine is exceedingly fresh. Don’t leave without trying the homemade rum in flavors like vanilla and ginger.

Meanwhile, just beyond the glamour of Gustavia, Maya’s Restaurant feels like going to a friend’s house for an intimate dinner—albeit a friend who is an excellent cook. The straightforward, no-frills menu changes daily and features dishes like pasta with artichokes and local fish with chimichurri.  Finish with a piece of the legendary chocolate cake.

Part Four: What to Do (When You’re Not Doing Nothing)

Part of being low-key, in my opinion, is not contending with the windy, vertiginous, narrow and poorly lit roads of St. Barts. Still, even the most laid-back trips to this island must include a day of exploring. We suggest zipping around in one of the most mellow cars of all time: a Moke, which you can rent directly from Villa Marie. Use the freedom of your open-air chariot to take remote hikes at Grand Fond and secret beaches like the Washing Machine (ask your hotel’s concierge for directions).

For a beach club without the hype, head to Cheval Blanc St-Barth Isle de France on Flamands Beach, where you can take off your shoes and treat your feet to the warm white sand. Guests of the hotel have first priority at the limited-entry club (trust me, it couldn’t be more of a 180 from the riotous scene at Nikki Beach).