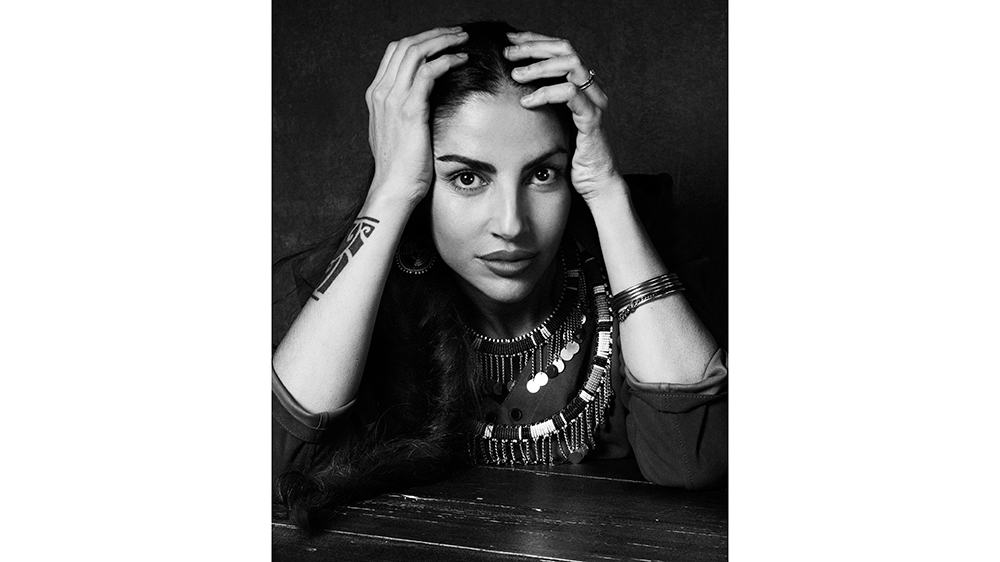 Benedetta Mazzini grew up on film sets and fashion shoots in Italy. Today, she’s in her element camping alongside the Mursi tribespeople of the Omo Valley in Ethiopia and whitewater rafting through Idaho’s Frank Church-River of No Return Wilderness. One look at the lithe, long-haired brunette and you’d easily mistake her for a model, a career she could have easily pursued. But if you examine the tattoos along her arms—Maasai tribe shields and a poem that reads, “Give me the life I love back in the bush with the stars to see”—you’ll understand that her heart lies in the wild. The daughter of Mina Mazzini, arguably the most iconic Italian singer of all time, Benedetta was born into show business and in her teens fell into modeling and acting. Travel, however, was always her first love. “My next trip was always more important than my next movie or cover,” she says.

Like most people, Mazzini discovered Africa as a client. “The first time I went to Africa it felt so completely new and dangerous,” she recalls. “I was infatuated. It kept drawing me back.” In 2000 she spent one month helping out at King’s Pool Camp in Botswana’s Okavango Delta. Before long, she was chatting up her safari idols, including Colin Bell, cofounder of Wilderness Safaris and the disruptive new outfitter Natural Selection, and Dereck and Beverly Joubert, National Geographic filmmakers and the founders of Great Plains Conservation.

A column on her travels for Vanity Fair Italia and a TV series in which she “play[ed] rangerette,” taking celebrities on their first safaris, earned her the nickname “Africa Benedetta.” Strangers and friends started seeking her trip advice, and in 2012 she launched Wild Places Safaris, a company dedicated to creating life-changing travel experiences in Africa. Her commitment to conservation and deep connections (including collaborations with those aforementioned idols) helped her earn respect in an industry notoriously tough to break into—especially as a woman.

Benedetta averages six months a year on the road, personally visiting every country and camp that she recommends to her clients, many of whom are some of the fashion world’s biggest names. “I take pride in making clients fall in love with the places I love,” she says. She curates trips in popular destinations like South Africa and Kenya, but has a soft spot for “tricky places” like the Congo and Rwanda. Her friend Mark Lakin, a New York–based photographer and cofounder of travel company Epic Road, recalls a trip they took to Virunga National Park in the Democratic Republic of Congo, home to the bloodiest genocide since World War II. “Bene was totally undaunted,” he says. “We spent a week trekking through the park to see some of the world’s last remaining mountain gorillas. Along the way, we connected with the widows of fallen rangers.”

Africa, Mazzini says, will always be her first love. But her insatiable curiosity and intrepid spirit has taken her around the globe. Wanting to share her discoveries, she launched Ultimate Places in 2014 with friend Nicos Contos. When she travels to a new destination, one of the first questions she asks is, “How many things can I do here?” Africa’s unlimited adventures are her benchmark. The Maldives, she says, don’t interest her. Norway, on the other hand, overwhelmed her with possibilities. “I seek out experiences that are slightly uncomfortable and challenging,” she says. “Those are the electric moments that make you feel alive.” The United States was off her radar until she started traveling beyond its cities. “In a way, it’s my second Africa,” she says. “There are areas that are completely remote and wild.”

With every trip she plans, she aims to leave her guests energized and the places she visits better than she found them. “I still get emotional every time I watch the sunset in Africa,” she says. “I want to evoke those emotions from my clients. I want them to feel changed after they travel with me—like they’re part of something bigger.”