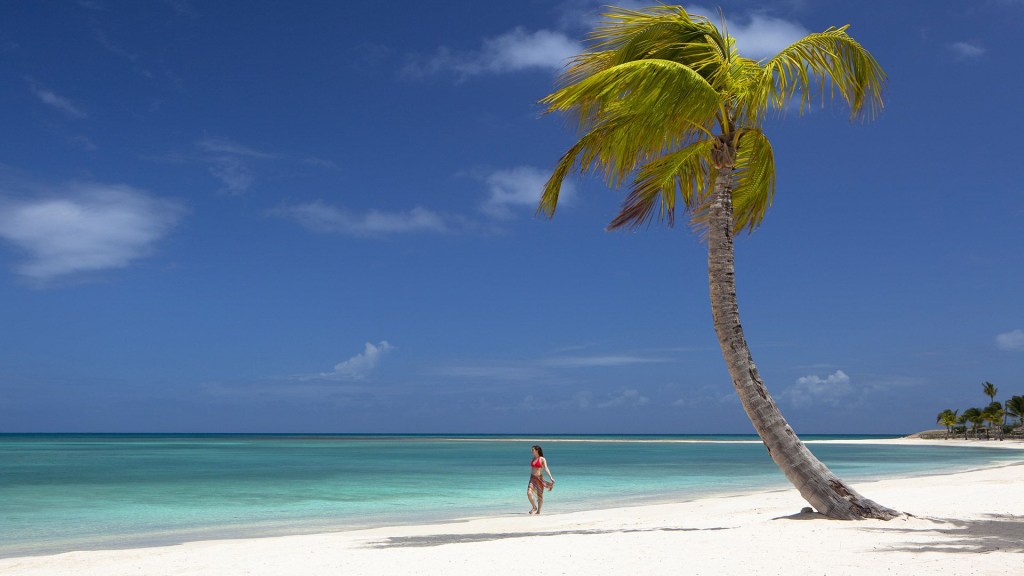 Has travel been reduced to a guilty pleasure? When we look out an airplane window, do we marvel at the beauty of the earth below—or lament the destruction we’re causing by burning jet fuel? When we stroll along a beautiful beach, can we truly enjoy the views, even though the coastline may have more plastic straws than seashells littering its golden sands? And even when we do our part—hanging up our clean towels and requesting our sheets not be changed every day at our hotel—is it really enough?

A recent study published in the Nature Climate Change journal estimates that tourism—including transportation, hotels, dining, and souvenirs—accounts for eight percent of the world’s greenhouse gas emissions. Much of that comes from commercial and private air travel, but even a single hotel room at a five-star beach resort uses about 185 kilowatt-hours of energy per night. That’s almost six times the rate of an average U.S. home. Add water consumption and waste into the equation, and suddenly it’s clear that the travel industry has an enormous challenge on its hands. Which ultimately means that, these days, that honeymoon in the Maldives or that long-awaited getaway in the Caribbean can come with a heaping side of traveler’s remorse.

“There’s a huge irony,” says Jeffery Smith, vice president of sustainability for Six Senses, which operates luxury resorts in remote destinations like Fiji and the Seychelles. “The reason people want to go to these locations is because they are pristine environments. Obviously, we don’t want to destroy that. But we fly in garbage in the form of products and packaging, and often there’s no waste management because you’re on a beautiful, deserted island.”

Of course, well-managed tourism can also have far-reaching benefits, from spurring economic growth to promoting cultural understanding and biodiversity. “It’s a double-edged sword,” Smith adds. “The opportunity is to bring new technology and new ways of thinking about waste management and climate change to these locations.”

Before you cancel your next vacation, though, take heart: However lagging the travel industry may have been in admitting its sustainability shortcomings in the past, it seems to finally be coming around. As international hotel and airlines find new ways to curb their emissions, they give us yet another new reason to love travel. Here are five companies that are making major impacts—and promising those of us who care so deeply about the world a more guilt-free way of seeing it.

Although the International Civil Aviation Organization (ICAO) only recently introduced measures to limit carbon emissions from aircraft—currently about two percent of global emissions but possibly more damaging because they’re released at high altitude—the Australian airline Qantas has been offsetting flights through its Future Planet program for more than a decade. To date, the company and its customers have atoned for three million tons of carbon through environmental projects such as protecting native Tasmanian forests from logging. Qantas has also taken steps to cut its actual emissions by building an energy-efficient headquarters and power plant in Sydney, and by investing in a biofuel made from a non-food mustard seed called brassica carinata. This past January, Qantas ran the world’s first biofuel-powered flight between Australia and the United States.

In its quest to become carbon neutral, the luxury African safari company Singita has installed solar panels at half of its 12 lodges, four of which run almost entirely off the grid. The largest system is a whopping one-megawatt array that powers its Kruger National Park properties in South Africa, leading to a 70- to 80-percent drop in diesel use. Over its 25-year history, Singita has also become a pioneer in reviving spectacular swaths of wilderness and wildlife across South Africa, Tanzania, and Zimbabwe. At Singita Grumeti in Tanzania, guests can tour the Environmental Education Center and a new anti-poaching unit led by rescued shelter dogs as well as join a recently launched Safari with a Purpose. In September, participants (who help fund the project) will collar elephants alongside conservationists to monitor their interactions with local villages.

Cruise companies have a waterfront view of the global plastic epidemic that’s sending some eight million tons of the material into our oceans every year.  Operating on the water carries extra responsibilities, and that’s why Lindblad Expeditions-National Geographic donates $1.5 million every year to marine stewardship, and has worked for more than a decade on plastic alternatives from serving filtered water in stainless steel canteens to offering bulk soap dispensers instead of mini toiletries. The company’s entire fleet now runs free of single-use plastic, having replaced 150,000 plastic stirrers and 50,000 of both plastic straws and cups per year with wood and paper alternatives, despite their higher price point. The effort supports National Geographic’s Planet or Plastic? campaign, a multiyear initiative to trigger action on the plastic crisis. “Everything we leave behind, we’re very careful about,” says Bruce Tschampel, Lindblad’s vice president of hotel operations. “We know there’s a footprint there.”

The Oetker Collection of elite hotels is working with the firm to reduce its carbon footprint and phase out single-use plastic straws, Q-tips, cups, and cutlery by the end of the year while still meeting quality standards. Wrappers now come in paper, and travel-sized toiletries are collected by the UK startup CleanConscience, which recycles the plastic to make soap for those in need. Each of Oetker’s nine properties also has a social or environmental project, from a marine conservation fund at Jumby Bay Island on Antigua to an initiative at Palácio Tangará in São Paulo to hire youth from local favelas.

With luxury resorts in some of the most stunning parts of the planet—from Fiji and the Maldives to Portugal’s Douro Valley—Six Senses is serious about its environmental ethos. The brand has been filtering water and using reusable glass bottles as well as providing hair and body products in ceramic dispensers since the 1990s. It ditched its last plastic straws in 2016, and has been on a crusade against plastic packaging ever since. “We’re looking for suppliers ready to innovate and move beyond plastic,” says Sustainability Vice President Jeffery Smith.

All Six Senses resorts grow organic vegetables and compost; crush and repurpose glass if recycling is not available; and run conservation programs from rehabilitating damaged reefs to reforesting an entire 662-acre island. In 2017, the company launched Earth Lab, an education center at each property where workshops are held and local sustainability efforts are showcased. “Guests are not on vacation for us to lecture them,” Smith says. “But hopefully we can create a ‘wow’ experience that they can take back home.”