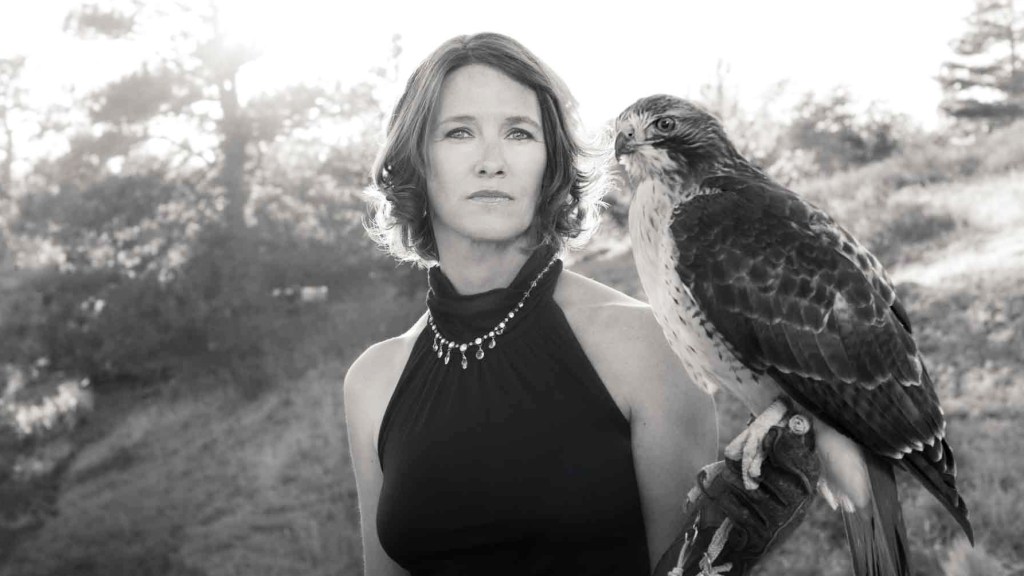 In the late-1990s, Deanna Curtis was a stay-at-home mom who, by her own accounts, “had had jobs over the years, but nothing one would call a career.” That all changed when she attended a raptor demonstration by an educational organization called HawkQuest. “After it was over, I went up to them and asked how I could get a job doing what they do,” she remembers. “They laughed, and said it was all volunteers.”

Curtis eventually joined HawkQuest as a volunteer and, within two years, was a full-time employee; after eight years, she opened up her own educational non-profit out of her backyard, where she also housed falcons and fox owls. Now one of Colorado’s premier master falconers—a distinction that comes with years of apprenticeship and study—Curtis is the first female falconer at the five-star Broadmoor resort in Colorado Springs, Colo.

We caught up with Curtis to learn what drew her to this unique profession, and what it’s like to live life among majestic birds of prey.

What inspired you to become a falconer?

When I attended the HawkQuest demonstration, I was so touched by the bald eagle in the show. It had lost its mother, and had mercury poisoning from drinking contaminated water. Something about that really moved me. Then, once I started volunteering at HawkQuest, the owner took me to my first falconry meeting, and I realized, “Wow, I could do this, too!” Once my kids were older, I went for it.

Falconry’s long history is largely dominated by men. What was it like entering a field with so few women in it?

People are always surprised to learn that, in medieval times, even the ladies of the house would hunt with birds, using marlins. But when I started over 18 years ago, there were not many women doing this at all. I never really hit any obstacles as a female falconer, though. I feel I was taken seriously because I hunted my bird at every opportunity. I have heard of some women who have run into obstacles, but I have always been treated with nothing but respect from the men. And now, women are the fastest-growing demographic in falconry.

I imagine becoming a falconer isn’t as easy as simply buying a bird—what does it take?

It’s very highly regulated. You have to apprentice for two years, then you are a general falconer for five years before you become a master falconer. To hunt with an eagle requires even more certification, as you need to prove you’ve worked with an eagle before—and since eagles are hard to come by in the U.S., that certification is rarer still. But nobody really ever masters falconry—there’s always more to learn.

Do you form a bond with the birds you hunt with?

For most people, falconry is a lifestyle—they do it for leisure, as well as for hunting. And the more you are out hunting with your bird, the better the bond is, as the birds look to us to flush out game. It’s like poetry in motion to hunt with a raptor—and as each species hunts differently, it’s never the same.

That said, people are surprised to learn that the birds are not our pets; they don’t form an attachment, and are solitary. We have a bond with the wild creature, but the bird doesn’t care about me.

What was it like starting your own business in an entirely new career field?

Initially, there was zero hesitation. Prior to this, I was a stay-at-home mom and I had just started to get back into the work force, so the timing was perfect. But later on, when I was running my own business, I was honestly not very good at working for myself and promoting myself. I am very proud of the nonprofit I run—especially considering business is not my strong suit—but I found that surrounding myself with positive people who could give me direction was vital to my success.

Tell us about the falconry experiences you lead at the Broadmoor.

At the Broadmoor, we have five Harris hawks, two Shaker falcons, and one Eurasian eagle owl. The owl stays in its mews, but we take the others out on walks with guests and showcase how they fly, how they take off from and return to your arm, and other demonstrations—but no actual hunting. I’ve also got nine birds of my own at home, so sometimes I will bring in one of them to showcase another species.

What has being a falconer brought to your own life?

My true passion in life is falconry. Falconry has given me a greater awareness of our surroundings and conservation. With the birds, I am out in wild areas all the time, so I come across things people normally don’t see. And I see how humans impact the world. For example, the balloons we release for fun—I’ve seen animals tangled up in them. So I’m more sensitive to how we live with our environment. There’s also been a big rise recently in raptor-based pest abatement—which is a chemical-free way of keeping pests away from vineyards, resorts, and farms.