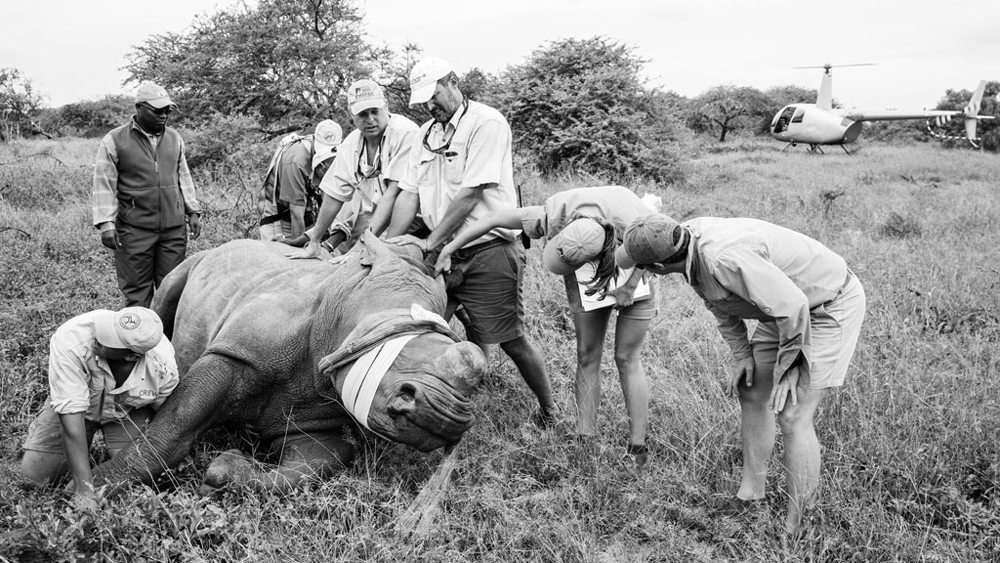 Nicola Shepherd won’t take you on safari unless you’re willing to work for it. The founder of the UK’s Explorations Company has been organizing travel to Africa for nearly three decades, and while her high-profile clients often stay in luxurious camps, she expects them to get their hands a little dirty.

Assisting lion researchers in Namibia, habituating gorillas in Uganda, and fitting elephants with GPS tracking collars in Kenya are among the extreme—and altruistic—experiences she arranges. “It’s not just about traveling; it’s about traveling to make a difference,” says Shepherd. “All I want is for people to experience mindful travel, and to measure the impact of wherever they go in the world.”

Shepherd is part of a passionate group of outfitters and organizations that is turning occasional safari-goers into committed philanthropists through programs that let donors fund research and conservation work they can actually participate in. Rather than merely lamenting habitat fragmentation and the plight of endangered species from the sidelines of a safari truck, these travelers can enact change through programs like Rhinos Without Borders. Through the safari outfitter andBeyond, RWB allows travelers to participate in the translocation of a critically endangered rhinoceros from dangerous territory in South Africa to safe havens in Botswana. Luxury camps have also begun to introduce new hands-on itineraries for philanthropists; this fall, for instance, Singita is hosting two elephant-collaring expeditions in the Serengeti, priced from about $30,000 per person.

Supercharged safaris are spreading beyond Africa, too. Impact Destinations, a new New Zealand–based outfitter that specializes in philanthropic travel, offers upscale charitable adventures ranging from expeditions to Iceland to track the endangered arctic fox, to trips to Costa Rica to aid marine biologists in conservation efforts benefiting the native hammerhead shark. Shepherd’s Explorations Company has also taken the trend wide, with itineraries to Nepal, India, and Bhutan to support research of Bengal tigers and snow leopards.

“This is traveling with your heart,” Shepherd says. “To feel that, in our own small way, we have made a tangible difference to both human and wildlife is nothing short of unforgettable. It’s quite literally life-changing.”