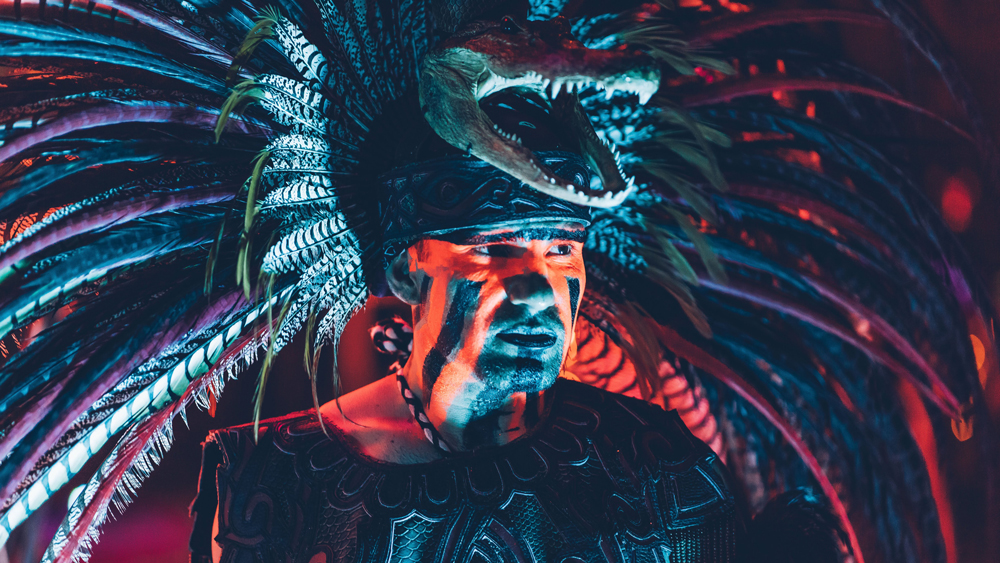 Before the dinner parties, yoga classes, and strobing DJ sets where everyone dressed as their spirit animals, Lulu Luchaire cared about one thing: the Huicholes. Two years ago, the Los Angeles–based entrepreneur found herself on the top of a mountain in the Mexican village of Tatei Kié, learning about the American Indian people who have long called the Sierra Madre Occidental range home. Their beaded works and vibrant handicrafts were unlike anything she had ever seen—but the artisans who made them, Luchaire says, were in a precarious situation.

“The Huicholes’ work is very precise and beautiful and difficult to create, but it’s not something that you’ll find in any gallery,” says Luchaire. “To sell their art, they have to make the 15-hour drive to Guadalajara. And at the time, their entire community only had two cars.” Luchaire was inspired to help—but her plans were bigger than just a car. She would host a beach festival, she decided, with musical performances, wellness experiences, and luxury sponsors. And at the heart of it would be the Huicholes. “I envisioned it as a journey that would allow people to learn more about Mexico and its indigenous tribes,” she recalls. “And the money we raised would help these tribes better be able to sustain their art and lifestyle.”

Meditation and yoga are among the wellness-related activities at the annual Ondalinda festival.  Photography by Nicholas K. Hess

Thus, Ondalinda was born. The annual event— whose name combines the Spanish words for beautiful (linda) and wave (onda)—has been likened to a tropical version of Burning Man for its blend of fashionable denizens, international music acts, and otherworldly art installations. But the party, Luchaire says, is only the initial draw. The festival, which takes place at the exclusive Costa Careyes resort in Jalisco, is more high-minded than the raucous Burning Man, with an emphasis on immersive cultural experiences like temazcal sweat lodges and educational workshops, and a guest list capped at 650 attendees, all of whom stay in luxury villas or glamping accommodations. Still, however small Ondalinda may be, it comes with big ambitions. Luchaire raised $20,000 for the Huichol people during 2016’s inaugural event; last year, a collaboration with the Purépecha artisans of the northwestern region of Michoacán also resulted in significant funding. At this year’s festival—which will take place November 7 through 11—she’ll bring the colorful sculptures of Oaxaca to Careyes, once again supporting the continuation of pre-Hispanic art forms.

“It’s the opposite of a big foundation—it’s the smallest foundation ever,” says Luchaire. “I don’t have the knowledge or bandwidth to do what big foundations do, but what I can do is go and see these people myself and ask them what they need. It’s a small change but it’s a real change, and the result is instant, immediate impact.”