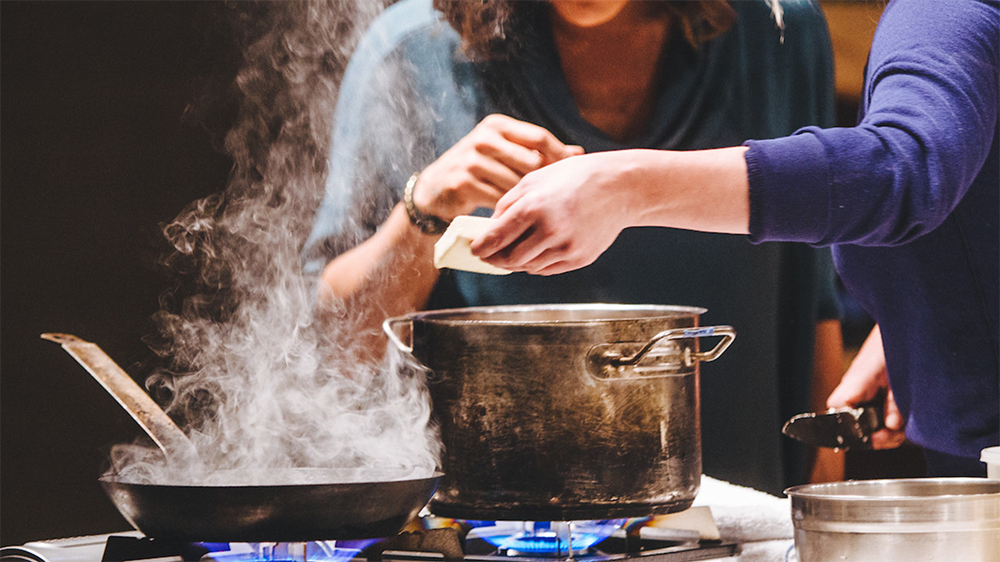 Photo: Courtesy of the Resort at Paws Up

The Resort at Paws Up is known for its signature food event, Montana Master Chefs, held every summer or fall since 2006. It’s been the crowning jewel for this rustic-luxury dude ranch just outside Missoula, bringing in culinary stars from around the country to prepare feasts for guests to enjoy beneath the stars of Big Sky Country.

Each year, Paws Up plays on a different theme for Master Chefs—from James Beard winners to rising stars. In 2018, the focus was on powerful females of the culinary world; dubbed Wonder Women of Food and Wine, it featured four women chefs, three women vintners, two women brewers and a woman distiller.

“It was inspiring and empowering for the [participants], our staff and the guests,” says Scott Schaefer, special events manager for Paws Up.

Building off last year’s success, Paws Up is launching a standalone event by the same name, which takes place this weekend, April 19-21. The first iteration of Wonder Women of Food and Wine will spotlight four standout chefs: Kelly Fields of Willa Jean in New Orleans, Valerie Gordon of Valerie Confections in Los Angeles, Amninder Sandhu of Arth in Mumbai and Paws Up’s own pastry chef, Amy Nack.

Vintner Melissa Stackhouse of Sonoma County’s SIMI vineyard will also be part of the weekend, as will Ellen Bennett, CEO and founder of Hedley & Bennett, a California-based company selling handcrafted aprons and chef gear.

When it came to selecting the wonder women for this event, Paws Up chose participants noteworthy for more than their culinary achievements. “We were looking for participants who are inspiring in multiple ways and who had accomplished things within their field above the technical stuff,” says Schaefer.

Chefs at the 2018 Wonder Women of Food & Wine event.  Photo: Courtesy of the Resort at Paws Up

For example, Fields, who has been named a nominee or finalist for the Outstanding Pastry Chef James Beard Award the last five years running, launched a foundation called Yes Ma’am in 2017 to create community, leadership and mentorship for women chefs. Sandhu’s restaurant was the first gas-free kitchen in India, cooking each dish over wood or charcoal, and she was the only Indian chef chosen to compete on the Netflix series The Final Table. And Valerie Gordon, who will visit Montana for the first time at Wonder Women, is passionate about causes that help further the careers of her fellow women chefs. For her, it’s as much about mentorship as it is fellowship.

“Although the percentage of women working in kitchens—and, more importantly, leading kitchens—is growing, we are still a minority, and I think it’s very important for our faces and work to be seen,” says Gordon. “Whenever I have the chance to get together with a group of amazing women and cook together, I take it.”

In addition to activities like cooking demos and face time with these talented women, Paws Up guests attending Wonder Women will enjoy two incredible dinners over the three-day event, including one prepared by the guest chefs (with dishes like Gordon’s crème fraîche panna cotta with citrus and berry salad) and the other by the Paws Up’s award-winning culinary team. During free time, guests can take advantage of signature Paws Up adventures like a cattle drives, fly fishing and clay shooting.

Schaefer says Wonder Women is the beginning of a larger effort to create a better balance of women and men within Paws Up’s robust culinary programming in general. “In the culinary world, talented women are often underrepresented, or perhaps aren’t as vocal or well-funded as their male counterparts,” says Schaefer. “This is a platform on which we’ll continue to give them that attention and spotlight.”