Looking for Robb Report UK? Click here to visit our UK site.
×
By Jackie Caradonio on May 23, 2018 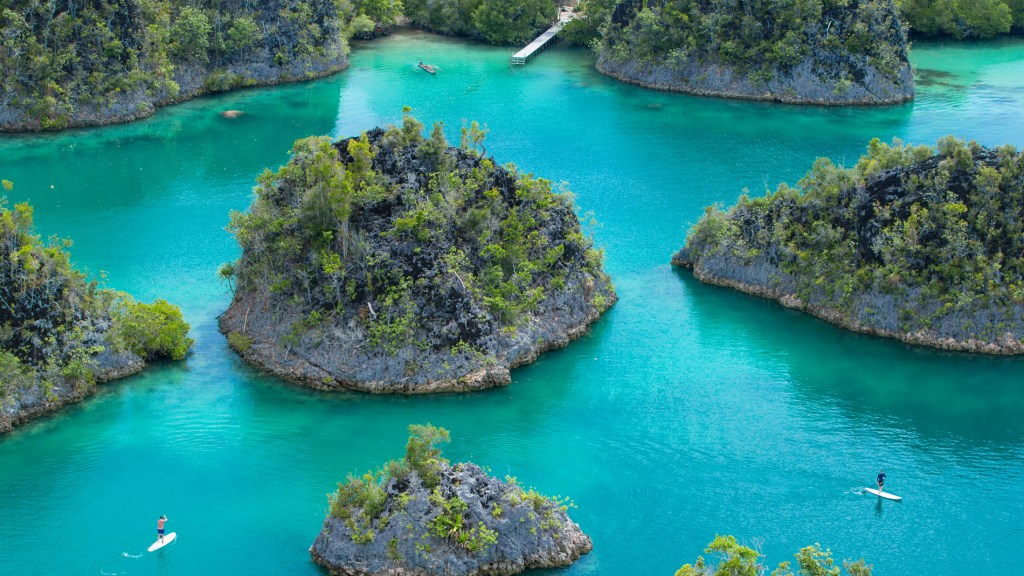 It wasn’t long ago that 2020 sounded more like the title of the next science-fiction blockbuster than a year we’d actually live to see. But as the 21st century’s teenage years begin to wind down, we find ourselves wondering: Where will 2020 take us? We’re not talking professionally, or even personally—but literally.

As the world gets smaller and travel continues to bypass material consumption as the indulgence of choice, the hunger to uncover the next unspoiled destination gets ever stronger. So we asked six travel experts to look into their roving crystal balls and predict where in the world we might find ourselves in the next century. Here, they weigh in with a surprising set of next-generation destinations that prove the future is indeed right around the corner.

“Without a doubt, Chad is the next go-to destination on the African continent,” says Nicola Shepherd, founder of the UK-based Explorations Company. “Zakouma National Park is nothing short of mind-blowing—it’s probably the best national park I have visited in Africa!”

Such an endorsement is significant coming from Shepherd, who has been taking clients on wild journeys into the African bush since launching her company in 1989. Come 2020, she’ll be among the first to bring travelers to Zakouma, where they’ll stay at the bohemian Camp Nomade, a Bedouin-style tented camp surrounded by the park’s wildlife-rich floodplains and pans.

“The most incredible thing about this place is that it feels like Africa of yesteryear—around 100 years ago,” Shepherd says. “The plains are teeming with lions and leopards and herds of elephants, yet there are no other tourists. Where else can you experience that?”

Henrietta Lloyd is all about wild places. The founder and co-owner of the UK-based company Cazenove + Loyd has guided safaris in Botswana, nomadic journeys through Mongolia, and sailing expeditions on Burma’s Irrawaddy River. For 2020, the consummate adventurer is looking to the hidden corners of China.

“We’re looking past the cities and ancient cultural must-sees to rural China,” Loyd says. “Yunnan, south of the Tibetan Plateau, is probably the most diverse province in China, and home to an extraordinary mix of ethnic minorities, cultures, incredible landscapes, and a thriving artisanal culture.”

Loyd says 2020 will be the sweet spot for a Yunnan exploration, thanks to soon-to-open lodges that will bring new access (and comfort) to the province. Still, for the near future, the region will remain off the beaten tourist track, allowing for true immersion in the local culture.

For Melissa Biggs Bradley, there’s nothing more exciting than exploring an unspoiled destination. The founder of the boutique travel agency Indagare has been traveling her entire life—and she still loves the thrill of discovering somewhere pure and unspoiled. So, it’s no surprise that a host of unlikely destinations from Detroit to Sudan are on her must-see list for 2020. Most surprising, however, is Saudi Arabia.

“Due to economic and social reforms, Saudi Arabia is now opening to Western tourism, which is incredible for anyone looking to explore a new frontier and truly see a destination at a crossroads,” Bradley says. “And the country’s historic sites are exceptional.” Among them are Al-‘Ulā—which contains 2,000-year-old archaeological sites—and Mada’in Saleh, a UNESCO-designated necropolis comprised of more than 130 tombs—“like those you might find in Petra,” Bradley says.

With Saudi Arabia planning to allow tourist visas starting this year—as well as recent human rights improvements like the forthcoming lift of the ban on women drivers—Bradley is planning to bring travelers to the Middle Eastern country in what she hopes will be an eye-opening experience for her clients—and a push in the right direction for the local government. “It looks like things are changing for the better for women in Saudi Arabia,” she says. “On my recent trip, I met women who were learning to drive, and were eager to have new job opportunities. Only time will tell if the new government will be as progressive as we hope.”

Cliffs of the Faroe Islands.

Move over, Iceland. The next big Nordic escape is even more isolated and exotic. The Faroe Islands—a tiny Danish archipelago located in the North Atlantic Ocean, equidistance from Norway and Iceland—is the new land of ice and fire, according to Alex Malcolm, founder of the UK-based Jacada Travel.

“The Faroe Islands are definitely going to be a hugely popular place to visit soon,” says Malcolm. “There’s something extremely charming and magical about the islands, from the quaint towns to the spectacular scenery, hiking, and wildlife.”

The archipelago—which comprises 18 volcanic islands connected by tunnels, ferries, causeways, and bridges—is “like Iceland a few years ago,” says Malcolm. Just like Iceland, it has beautiful landscapes and unusual wildlife (puffins included). Unlike Iceland, it is a veritable unknown on the European tourist track. A recent push to open more luxury lodges could soon change that, but according to Malcolm, 2020 will be the ideal year to visit—when new hotels are putting on the finishing touches but travelers have yet to catch on en masse.

Rebecca Sanders of Audley Travel predicts that 2020 will put the spotlight on a new Indian destination. “With the popularity of trips to Bhutan and basecamp treks to the Himalayas increasing, we believe that the alpine landscapes of Ladakh are waiting to be discovered.”

The mountainous region is rife with opportunities to connect with nature—and local communities. “In Leh, it is easy to become immersed in the Tibetan Buddhist culture by exploring the many monasteries that are dotted along the area’s lakes and high-altitude deserts,” Sanders says. Of course, getting to the monasteries is part of the adventure: The region is home to some of the world’s highest and most daring road passes.

For a 2020 adventure, Sanders suggests a summer exploration—Ladakh is one of the only areas in India that doesn’t experience monsoon rains—with the Ultimate Travelling Camp, a collection of nomadic tented camps that travelers will be able to trek to and from on foot.

Sailing amidst the Raja Ampat Islands.

“As we live our lives, we collect the experiences that speak to who we are as human beings,” says Abercrombie & Kent founder Geoffrey Kent. “They show the world what inspires us and what we care about, and reflect our tastes and signal our aspirations.” For the traveler who aspires to truly discover something new in 2020, Kent suggests a trip to the Raja Ampat Islands, an Indonesian archipelago of some 1,500 jungle-covered islands off West Papua New Guinea.

“The islands offer some of the best scuba diving and snorkeling in the world,” says Kent, who suggests exploring the islands via yacht. They’re also home to 75 percent of the world’s coral species and some 43 percent of its fish species, as well as the local Asmat group, which resides within the islands’ lowland forests.

LDMA Told Its Story by Listening

The Earth Is an Artifact