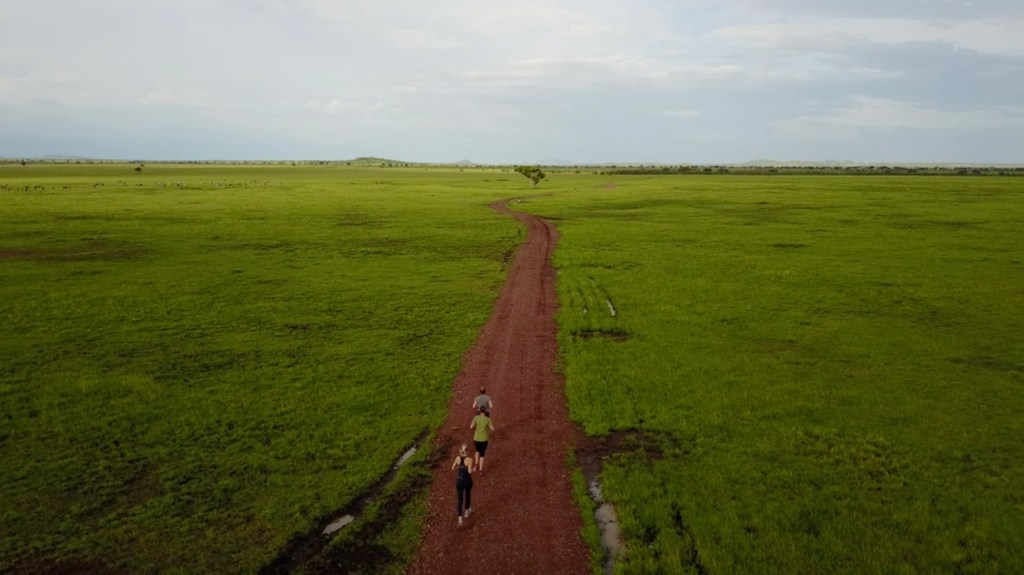 The world’s fastest runners hail from Africa. The fastest marathon ever completed was by Kenyan Eliud Kipchoge, who nearly broke the two-hour barrier with a time of 2:00:25 in Nike’s Breaking2 Marathon in 2017. At the 2016 Olympics in Rio, Ethiopia’s Almaz Almaya set the world record in the 10,000-meter race. And the current lists of top 10 male and female world-record-holding marathoners includes just three runners that aren’t from African countries.

Such awesome accomplishments are enough to make you want to strap on your trainers and hit the pavement in search of your own personal best. But this October, you can take it one step further and follow in the footsteps of some of the world’s fastest athletes by crossing the sun-drenched grassy plains of Tanzania in the first women-only 90K race across the Serengeti.

A first-of-its kind experience, the race—which translates to nearly 56 miles over three days—offers the unparalleled opportunity to run alongside towering giraffes, galloping zebras, and other animals that call this vast wilderness home. It also provides the chance to give back to the local community.

“Nothing like this run exists in the Serengeti,” says Katherine Cunliffe, executive director of Singita Grumeti Fund, the nonprofit that has created the experience in partnership with a women’s empowerment organization called Brave. “It’s a special event for anyone who’s a runner—but also [for] people who feel passionate about giving back.”

The Serengeti Girls Run, which takes place October 19 through 24, will accept up to 20 women—but unlike the Boston or London Marathons, speed has nothing to do with the selection process: It’s strictly first come, first served. Registration comes with a tax-deductible donation requirement of $15,000 (plus accommodations) that will go toward internships, scholarships, business development courses, and vocational training for the Serengeti’s women and girls.

Adrenaline pumping and laces tied tight, the runners will traverse a stunning segment of the Singita Grumeti Reserve, a 350,000-acre expanse that has been safeguarded against poaching and environmental destruction. Runners will average roughly 18 miles per day, though amateur runners can opt for shorter distances if desired. In addition to support vehicles for hop-on-hop-off relief, the run will be led by guides who are armed with hydration and snacks. Every level of athlete will complete the run—even if they spend most of the course gawking at the wildlife from the back of a Land Rover.

Inside one of Singita Explore’s tents.

There’s more to the race than running though: Runners will embark on daily afternoon game drives—a welcome relief from the long distances on foot, as well as an opportunity to glimpse all of Africa’s Big Five animals. They’ll spend their nights in Singita Explore’s plush tents, which feature comfy king-size beds and proper en suite bathrooms. And they’ll also visit the local communities of women and girls that their donations will benefit.

“This [run] will enable people to have a greater connection with the [local] people,” says Cunliffe, who cites continuing education and safe learning spaces as vital needs for African women—many of whom drop out of school to fulfill household obligations or avoid varying degrees of harassment. “[It will also] take people out of their comfort zone, away from buildings and artificial lights—and enable them to feel close to the environment that we’re working to protect.”

Paul Smith Delivers His Take on the Stan Smith