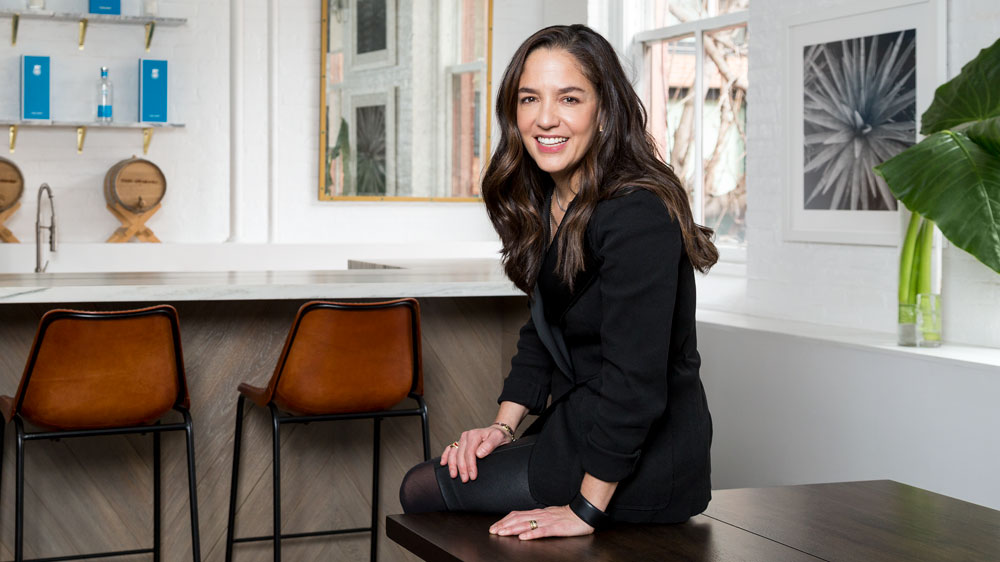 Bertha González Nieves’s introduction to the tequila business came in her early twenties when she visited a distillery in the town of Tequila in Jalisco, where blue agave plants—the liquor’s primary ingredient—blanket the fields in neat rows. “Tequila is really part of the social fabric of Mexico,” says González Nieves of the centuries-old spirit, “and it has an appellation just like Champagne, single malts, whiskies, or Cognac.” For the Mexico City native, tequila was not only interesting culturally but also her drink of choice, so building a career around the spirit was a natural choice.

In 1998, González Nieves started at Grupo Jose Cuervo International and before long became a top executive. She remained with the brand giant for 10 years—until it came time to pursue her passion project.

Cofounded in 2008 by González Nieves and Bob Pittman, the MTV creator and onetime AOL Time Warner COO, Casa Dragones is a small-batch producer based Mexico City. The company produces Casa Dragones Joven ($275), a high-end sipping tequila ideal for food pairings, and the more accessibly priced Casa Dragones Blanco ($75), meant to be enjoyed on the rocks or in a cocktail.

“Our aim was for people to expand their repertoire of tequilas and to enjoy sipping and savoring a quality tequila as much as they would a fine wine,” explains González Nieves, who as the brand’s CEO divides her time between New York City and Mexico City. “Customers are looking for craftsmanship and authenticity, and a lot of people are choosing tequila as their drink.”

Oprah Winfrey has put Casa Dragones on her annual Favorite Things list more than once, and Madonna, Sofia Coppola, and Martha Stewart, among other names, also favor the brand, according to the company’s online testimonials. Yet González Nieves was careful not to make the brand everything to everyone when it launched with Joven nearly a decade ago. “We were rebellious and pushed the conversation of production into the future,” she says, referring to her company’s sustainable practices and modern approach to tequila making. (She would know: In addition to having her master’s degree from Northwestern University, she is the first-ever female maestra tequilera, or certified tequila expert.)

Today tequila is one of the fastest-growing spirits categories, and, according to González Nieves, a business poised for more positive change. “When I started, there weren’t a lot of women working in the tequila industry,” she says. “Now, in my business, we’ve found great female talent to fill many key roles.” Also important to the entrepreneur is championing Mexico and educating people about agave. There are 197 different types of the plant found in the country, she points out, but presently only five different spirits are made from them.

“As Mexicans, the more research we can do, the more we’re investing in the longevity of [tequila],” says González Nieves. “We believe that through sustainable process and education, we can continue to positively impact the industry and those who work in it. Modern production processes create an educated workforce, resulting in better pay and impacting future generations.”