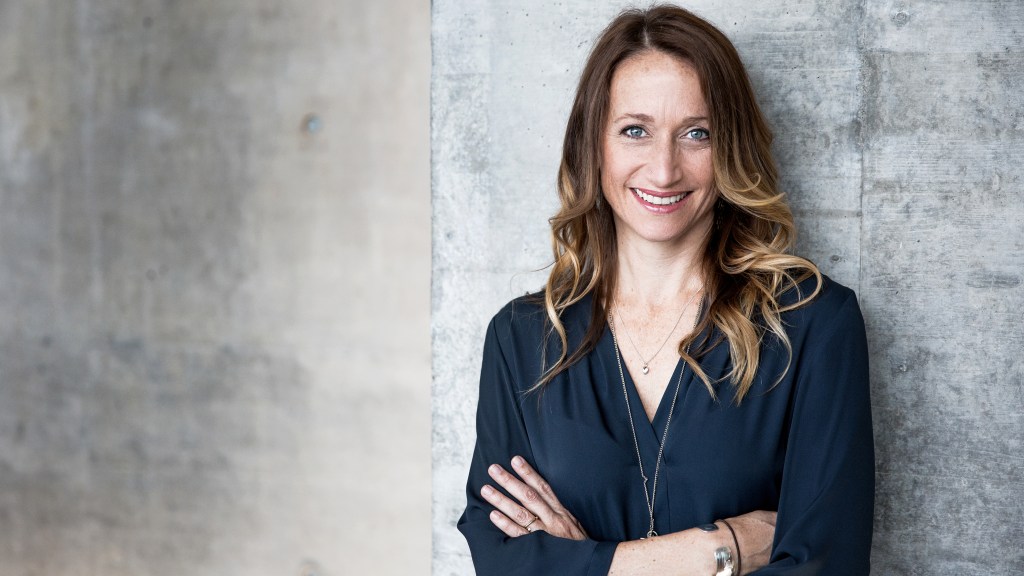 The fact that Céline Cousteau has been a conservationist for virtually her entire life is hardly a surprise given her upbringing: The granddaughter of legendary explorer and oceanographer Jacques-Yves Cousteau spent much of her youth aboard the famous research vessel Calypso, plying the seas in search of answers to the oceans’ greatest mysteries.

Today, the younger Cousteau is continuing her grandfather’s legacy as a documentary filmmaker, most recently through her project Tribes on the Edge, which highlights industrial development pressures on the Amazon rainforest and the plight of the indigenous peoples who call it home. In honor of World Oceans Day, Muse caught up with Cousteau to talk environmental stewardship, and how all of us can play a part in preserving the oceans—and the planet as a whole.

You traveled the Amazon with your grandfather as a young girl. What was that like?

I first journeyed to the Amazon with my family when I was nine years old. We spent 18 months navigating its waters in areas that were still largely unknown to the outside world. I have fond memories of helping the scientists catch piranha and bring them on board. And I vividly remember going ashore and sensing the sheer enormity of the rainforest. Walking into the forest, I could smell the humidity and the nutrient-rich earth, and see the light coming through the trees.

It was also there that I began to learn about environmental stewardship and local knowledge of the forest. One day we encountered a man who offered us bananas. We followed him to his home where he cut down a banana tree so we could harvest the fruit. I was actually horrified that he cut down the tree. Only later did I realize that a banana tree only grows for nine months. Once you cut it down and take its fruit, a new tree emerges from its roots. My connection with the Amazon and with nature really took hold during this formative time.

Your Amazon connection also led you to create your most recent film, Tribes on the Edge.

I have spent the better part of a decade working on the project, which began in 2007. At that time, I went to a place called the Vale do Javari in the Brazilian Amazon, a place my grandfather had been to in the early 1980s. During my journey, I met some incredible people, the tribes of Javari, and at some point, they asked me if I would help them tell their story, and I said, “Yes.” Tribes on the Edge is the story of the people of the Javari, a territory that’s 85,000 square kilometers. That’s the size of Austria or Portugal. That’s also a lot of trees—the very trees we need to breathe.

How do you explain the urgent need to halt the destruction of the rainforest to those of us who haven’t seen it firsthand?

Simple. Do you like to breathe? The Amazon, which spans nine countries in South America, is the largest rainforest on the planet. And while issues such as human rights and land rights might be lost on a lot of people, what should not be lost on anyone is the vital role the Amazon plays in generating the oxygen we breathe. It has earned the moniker the “lungs of the world” because its rainforest generates some 20 percent of the oxygen we breathe. If you think about it, every fifth breath you take comes from the Amazon. If we want to keep breathing, we might want to leave the rainforest standing. And the best way to leave the rainforest standing is to leave it in the hands of its indigenous caretakers, such as the Javari, who have found a way to live in balance with their environment. One simply needs to look at satellite imagery to see the dramatic difference between lands under indigenous control and those that have fallen prey to unbridled development.

“The plastic straw you use once,

the greatest contributors to landfills and ocean pollution.”

What can we do in our daily lives to help save the rainforest?

Simply be more aware of the choices you are making in the marketplace. Look at the products you buy and the ingredients in the food that you eat, and you’ll start to realize some of those products and ingredients come from a place that is being deforested in a country you don’t live in—but you are connected to it because one of your resources comes from there.

One of the biggest threats to the rainforest has been the clearcutting for palm oil plantations. Palm oil is in so many different things because it is a quickly accessible, cheap oil. And all it does is it makes things creamy; it makes things moist and kind of fluffy. It adds nothing to our nutrition, but it enhances the texture of our food, even some of our healthy and organic foods. So, I would say, avoid palm oil as much as possible. If there is a product in your house with palm oil in it, don’t feel guilty about it, just cut down on its use.

What else can we do to help save the rainforest?

The most important thing any one of us can do is to eliminate single-use plastics. The plastic straw you use once, the plastic cup you use once, the plastic fork you use once, the plastic bag you use once—all of those have been found to be the greatest contributors to landfills and ocean pollution. Like the rainforest, our oceans are carbon sequestrators and generate some 50 percent of the air we breathe. Plastic in the ocean breaks down into small microscopic pellets and pieces that then enter the food chain. Little fish eat them, bigger fish eat the smaller fish, we fish for bigger fish and, as a result, we wind up eating a certain amount of plastic. Something like 70 percent of the fish we eat now has plastic in it. I don’t know if you want to eat your plastic fork—I would prefer not to.

Make a point of always carrying a reusable shopping bag. Consider carrying a set of reusable bamboo implements—a knife, fork, and spoon. And carry a reusable water bottle. And when it comes to straws, opt for paper or metal.

I have a six-year-old, and kids like drinking out of straws. So instead of saying “No,” I say, “Here’s your option.” Now, when we go to a restaurant and my son asks for apple juice, he says “Apple juice, no straw, please, because it goes up turtles’ noses.” We have all seen that video, which is so hard to watch. I was reluctant to show it to him but he begged me to, and I did. He’s not scarred for life—he’s educated.

Sailing in Luxury With Dom Pérignon