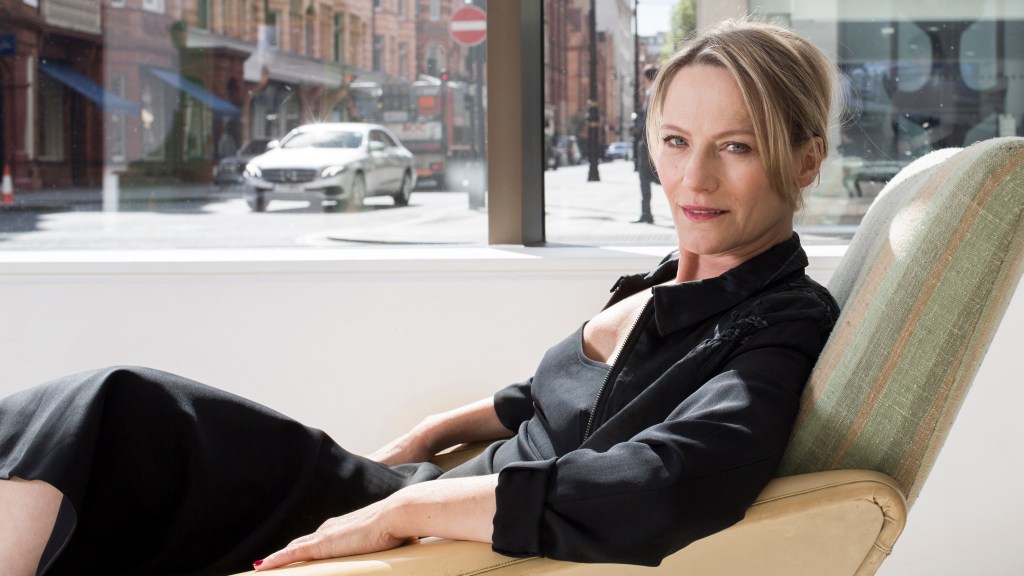 When Phillips Chairman and CEO Edward Dolman decided to shed half of his lofty title and bestow it upon Cheyenne Westphal in May of 2016, he sent shockwaves through the art world. For no one suspected that Westphal—a long-time rainmaker in postwar and contemporary art based at Sotheby’s in London—would be looking to make a move.

Westphal, who had built a formidable reputation for her capacity to broker high-profile deals and her innovative approach to marketing, was responsible for a suite of blockbuster sales, including the Beautiful Inside My Head Forever, a single-artist offering of 223 works straight from the studio of Damien Hirst that garnered $198 million—a haul that exceeded the house’s wildest expectations.

In anointing Westphal as chairman, Phillips—and Dolman, for that matter—has sent a clear message to the art world that the boutique auction house has every intention of giving rivals Sotheby’s and Christie’s a run for their money in the realm of 20th- and 21st-century art. And if this past season’s sales are an indication, Dolman’s bet is clearly paying off: During its March evening sale in London, Phillips notched $135.1 million on a presale estimate of $71 million to $101 million. It was the highest total achieved by the house in its 222-year history. That benchmark-setting auction was followed by a $131.6 million sale in New York in May, and a “white-glove” sale in London in June that reaped $45.2 million for the 31 lots on offer.

Muse recently caught up with Westphal to talk about her momentous move and what it portends not only for the house, but also for the young auction professionals hoping to follow in her footsteps.

You were at Sotheby’s for what seemed to be a lifetime. What prompted your move to Phillips, which is considerably smaller?

The main reason why I decided to join Phillips was that I just realized it was such an amazing opportunity. When Ed [Dolman] called me and said, “How about it?” I saw how he was turning this company around [since coming to Phillips in 2014]. I thought that it would be super-exciting to be part of this journey, having the ability to take this company and to really move it forward. Here, we focus solely on 20th- and 21st-century art across all categories, which I love.

Have you witnessed substantial changes in the market for postwar and contemporary art since you came into the field?

Dramatic changes. When I started in the really dark ages in 1990, there wasn’t much of a contemporary art scene in London. But that all changed in the [late] ’90s when the Young British Artists (YBAs) came on the scene, and in the 2000s with Tate Modern opening. Since then, London has become a cultural hub where contemporary art is the No. 1 collecting category. I have really enjoyed being part of that evolution.

It is clear from the results that Phillips has upped its game in the postwar and contemporary arena since you came on board.

It’s really been nothing short of phenomenal. For the first half of 2018, our sales of 20th-century and contemporary art are up 80 percent over the same period last year. That just gives you a sense of how much has happened. That was, of course, the amazing sale that we had in London in March, which was the most successful in our company’s history. I loved it because we saw huge prices not only for Picasso and Matisse, but also set a world record for [Mark] Bradford and achieved a top price for [Rudolf] Stingel. We were able to select the best pieces, and the results speak for themselves.

In the wake of such sales, have you found it easier to attract consignments?

In choosing our consignments, we have to be certain that we can tell a new story, a fresh story, and a story that propels us forward. Our goal is to be sharp in what we offer with no more than 40 lots tendered in our evening sale. We are not looking for volume, but for quality.

Following the sale of Picasso’s La Dormeuse (1932) in London for $57.8 million, for example, we did get offered quite a bit of Picasso, but the works were not necessarily ones we would want to sell. We are only looking for fresh-to-market works that can tell a new story, such as Jean-Michel Basquiat’s Flexible (1984), which came straight from the artist’s estate and had not been seen on the market before, and Robert Motherwell’s record-setting elegy painting, At Five in the Afternoon (1971), which achieved $12.7 million in New York in May.

“It is really important to mentor younger talent and to keep pushing.

There shouldn’t be any ceilings anymore.”

Phillips has built a bit of a reputation for championing the work of younger artists, many of whom are new to the secondary market. How do you identify those who are likely to do well on the auction block?

Over the years, Phillips has presented some really cutting-edge young artists on the market, often for the first time, and often with success. But we are careful in our selection. We have in-house what we call “the expertise of the now.” We have young colleagues who are out there seeing gallery shows in places like Chelsea and East London. They have on occasion attended art school graduations and they talk to collectors to get a sense of what people want. The magic is in identifying what collectors want but simply cannot get. We try to find the right works by these artists, ones that can actually lead to a success story. And it is through these younger artists that we are often able to engage with younger collectors, which is a big part of what we do.

Do you consider women artists—and the challenges they tend to face in gaining recognition—when seeking new talent?

Definitely. The art industry tends to have greater gender balance than a lot of other fields, but we still have a long way to go. And I’m very aware that I’m in a very public leadership position as a woman. And I want to own that space. I love working with Ed as the CEO, but I think it’s the right signal for Phillips to have a woman in a leadership position. When you’re looking across the industry, we do have amazing talent that is coming up through the ranks and it’s important to encourage that, and to also show career progression. We see this at Phillips, in our young auctioneers. We’ve got nine that are currently training in our auctioneering program and four of them are young women who have real star-power potential. It is really important to mentor younger talent and to keep pushing. There shouldn’t be any ceilings anymore.

And what about the price disparity that persists when it comes to works by male and female artists?

Clearly, it is still very much an issue but this is beginning to change, albeit slowly. Joan Mitchell is a prime example. She has been undervalued compared to her male peers but the gap is beginning to narrow. Unfortunately, it is likely to be quite a while before we cease thinking about the gender of the artist and simply judge a work of art on its merits.

One thing that is helping is that female artists are gaining greater visibility in terms of exhibitions. At Tate in London, for instance, newly appointed director Maria Balshaw has made a very clear statement in bringing in global art with a focus—namely female art and performance art. Balshaw is creating a whole new fabric that allows artists to be seen that just weren’t properly seen before, so it’s happening.

It is also important to note that on the gallery front, we’ve got some great, great female gallerists—people like Dominique Lévy who is punching at the top level. She’s going to be in that one percent for sure. And that, too, is tremendously exciting.

EXCLUSIVE: Takashi Murakami’s Latest Hublot Watch Can Only Be Bought by NFT Collectors

‘The Locksmith’ Review: Ryan Phillippe Heist Thriller Steals Most of Its Ideas from Other Movies