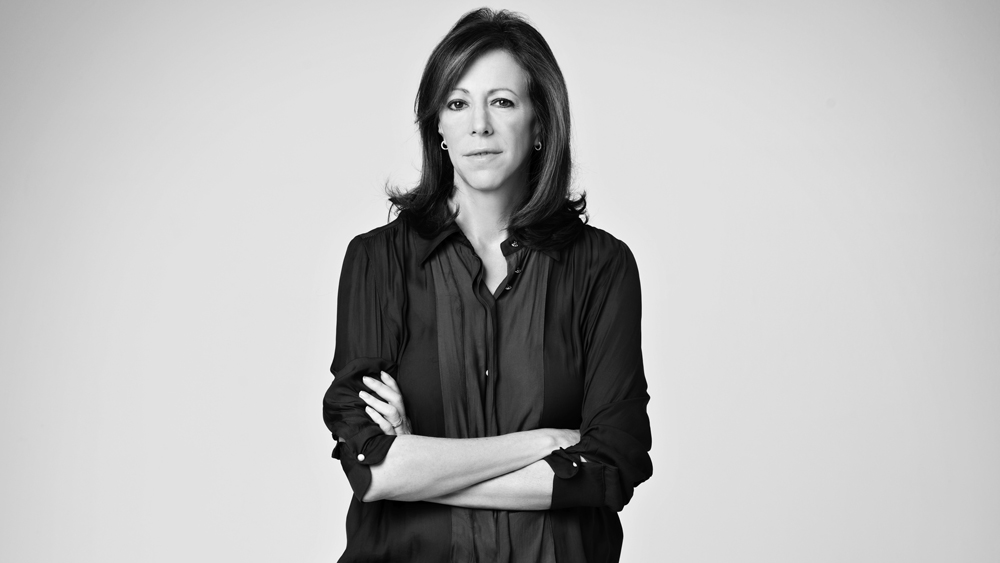 To be a successful producer, according to Jane Rosenthal, “you have to be a self-starter, a multitasker, and a diligent bitch.” She should know. She’s been producing blockbuster films for more than 30 years, and now she’s using her influence to help more women follow in her footsteps. More women producers, she says, means that more diverse projects reflecting wider global interests will get made.

It’s not that women tell better stories than men, she says, but women producers are tackling some subjects that might not otherwise be confronted by their male counterparts. “I don’t like saying that women tell more sensitive stories than men; I don’t even like saying that women by nature are more nurturing,” says Rosenthal. “It’s about being a humanist and telling compelling and universal stories. It’s about making global audiences laugh, or cry, or find common ground.”

Rosenthal is cofounder, CEO, and executive chair of Tribeca Enterprises, the media company that includes Tribeca Studios and the Tribeca Film Festival—and whose full-time staff is 80-percent women. Rosenthal also cofounded Tribeca Productions with Robert De Niro. And at this year’s Tribeca Film Festival, 46 percent of the films were directed by women. “Women are changing the face of content and the face of what stories are being told,” she says.

“You have to be a self-starter, a multitasker, and a diligent bitch.”

The opportunities for women to produce, direct, and distribute innovative and nontraditional content are growing—a marked contrast to Rosenthal’s early days in the entertainment industry when for many years she found herself the only woman in most meetings.

Through her own projects, from Meet the Parents and The Wizard of Lies to the new Quincy Jones documentary Quincy and the upcoming Martin Scorsese film The Irishman, Rosenthal aims to bring individual stories to life in a way that promotes understanding and awareness. Her latest project, Ava DuVernay’s Central Park Five, a Netflix limited series for 2019 about the five teenagers who were wrongly convicted and incarcerated for the 1989 rape of a Central Park jogger, deals with inequities in the justice system. “It’s the individual stories of these five men,” she says, “that will change hearts and change perspectives.”

In an industry that captures the important narratives of our time and has the ability to sway opinion and motivate change, it’s critical that women take a leading role—and Rosenthal’s leadership began long before the #MeToo movement. She has helped develop numerous mentorship programs through the Tribeca Film Institute, including Through Her Lens, which nurtures female voices with funding, project support, and guidance for up-and-coming U.S.–based female writers and directors. Her Tribeca Studios is also joining Procter & Gamble and other companies to support women directors through Queen Latifah’s the Queen Collective.

Ultimately, it’s about making more voices heard. “I personally like to do things through comedy,” says Rosenthal of her own voice. “If the storytelling is interesting, if it’s entertaining and hits an emotional chord and universal themes, then you have a powerful tool for change.”