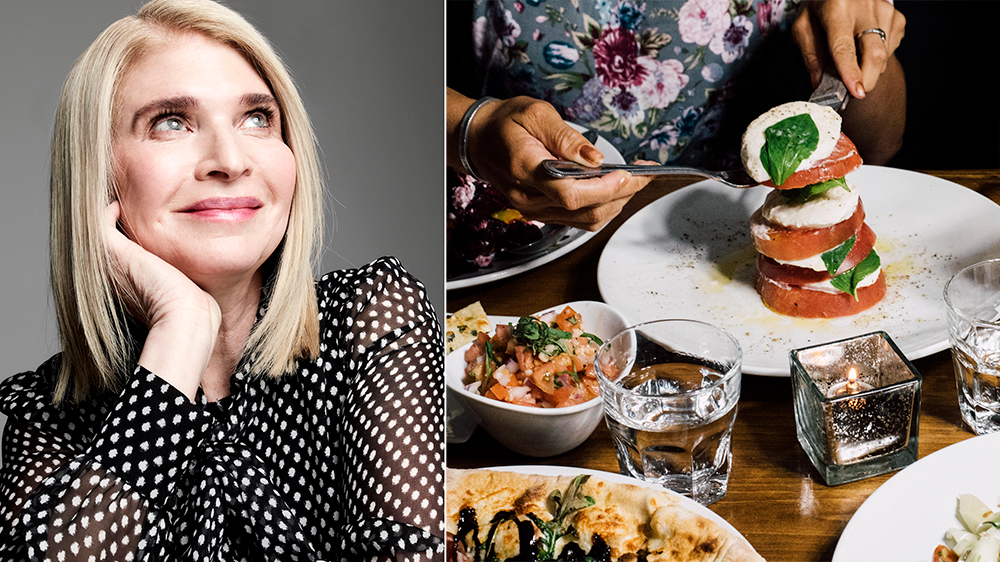 With 14 restaurants to her name today, lawyer-turned-chef Martha Hoover has spent the last 30 years building a peerless culinary empire in Indianapolis. That trendy farm-fresh dining that the whole world has been enjoying for more than a decade now? She’s been doing it since she unveiled her first location of Café Patachou in 1989. Thirty years later, her empire includes urban farms, a foundation that feeds children living in Indy’s food deserts and plans for an all-women coworking facility. Hers is a story of someone who, through food, achieved the American Dream.

But you’ve likely never heard of her. And she knows it.

Hoover attributes her lack of national recognition to three things: where she’s based (the US food scene is decidedly coast-obsessed), the type of venues she’s developed (she started with a casual breakfast and lunch spot instead of a “serious” dinner destination) and because she’s a woman. When talking about how she’s come up into the world of food and restaurants, Hoover doesn’t shy away from discussing the sexist experiences she’s faced. An anecdote about how a renowned commercial kitchen designer didn’t do right by her essentially because he didn’t think she would be successful and didn’t want her to waste her husband’s money is one that Hoover has shared numerous times to underscore the world she was entering in 1989.

“It goes back to my gender, sure” she explains. “But I will take partial responsibility.” She admits that in addition to facing gendered roadblocks, there was an internal struggle: While she was confident in, and proud of, the work she was doing, Hoover wasn’t immediately comfortable with talking about it. And thus, her voice faded into the background.

“I was falling back into the role of that polite woman who was not trying to get too much attention,” she explains. “I needed to break away from the cultural narrative that it was a braggy woman who did that, but that it was OK for a man to do that. Once I had that realization, it became very easy to start telling my story.”

That story doesn’t start with a grandiose claim that Martha Hoover was setting out to change the way people in Indiana were eating. “I just wanted to feed my community the kind of food I was serving at home,” she says. “It was that simple. I didn’t think I was remarkably unique.” Even though Indiana is in the middle of America’s agricultural heartland, people weren’t eating fresh food in 1989. So she worked with nearby farmers to stock the first Café Patachou’s pantries with seasonal ingredients that would go into nutritious salads, omelets featuring locally sourced eggs and homemade soups.

It was simple, and it was a hit. The Hoover brand has since grown to be more than just a daytime, neighborhood café (though there are now six locations of Café Patachou). Indy is well-fed thanks to a Neapolitan pizzeria, an intimate cocktail venue, a cafeteria-style restaurant and a fried-chicken hangout—all under Hoover’s direction. And she believes that this lack of pretense about what she’s doing has been instrumental to her success.

But a deeper dive reveals that it’s much more than just modesty that has propelled Patachou to new heights. “I’m running a people-centric company that also happens to be stable and profitable,” she explains. “There was a time when people thought that was mutually exclusive.” While she’s the first to say that she didn’t initially strike out to be a change in the restaurant world, that is exactly what she became by creating a fair and nurturing working environment for the people she hired. Today, she has more than 400 staffers and can boast a low turnover rate. People want to work for Hoover because of her leadership style where everyone, regardless of his or her role in the company, is valued.

“I’m not a huge believer of the traditional office hierarchy,” Hoover says. Instead, she created an ecosystem where everyone is empowered to use his or her voice, to ask questions, to pursue a career and not just to collect the paycheck she signs. She’s acutely aware that just because she’s at the top doesn’t mean only her perspective matters—or is even the most important—“because every part of Patachou feeds into other parts.” And this, she says, is one of the major ways that the restaurant industry can be disrupted.

The idea that it’s the chef’s or owner’s voice that carries the heaviest weight is as archaic as eating out-of-season produce. And it’s by investing in the people who build your company with you that you can truly achieve what you set out to. To that end, there are many people-facing activations at Patachou, Inc., including finance literacy programs as well as plans for a dedicated hub geared toward providing employees the support they need to flourish at the company. (For more on that, check out Hoover’s column on the restaurant industry in the Spring 2019 issue of Muse.)

So maybe this is why most Americans aren’t familiar with Martha Hoover. It’s from the inside that she’s been implementing the most groundbreaking initiatives in the food industry. At a time where restaurant figures are making headlines for exhibiting a lack of respect for those working under them, Hoover is doing the exact opposite. And it’s resonating with the right demographic. “Our younger employees embrace it,” Hoover reveals. “They want to work for a company where their values are mimicked and there’s room for career growth. And what we’ve been doing for 30 years, other restaurants have to do if they want to succeed.”