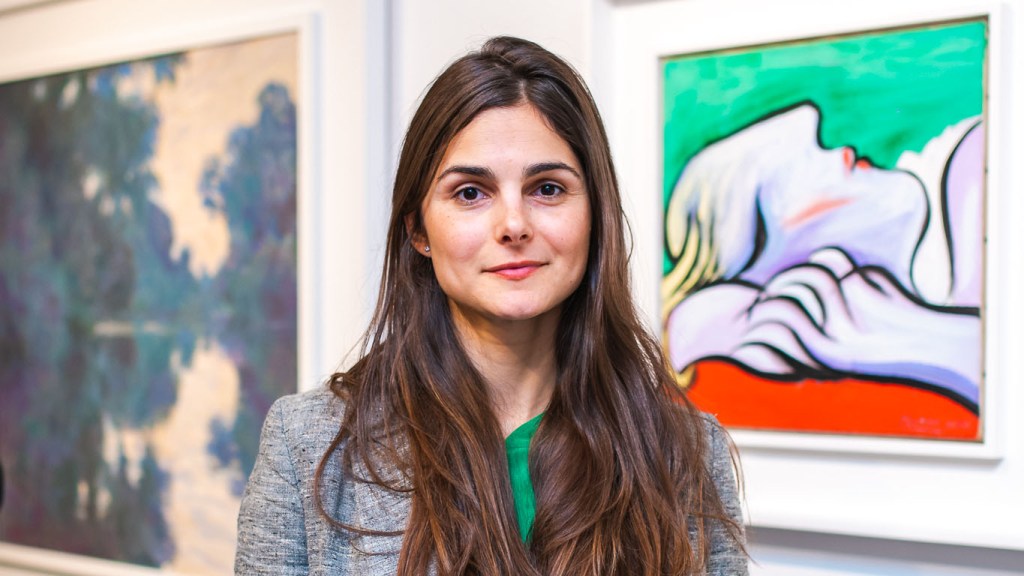 The art world raised its collective eyebrows in January 2017 when the announcement was made that Brooke Lampley, head of the impressionist and modern art department at Christie’s in New York, was leaving her post to join rival house Sotheby’s as vice chairman of fine art. The reputed rainmaker was already an auction-house darling for her headline-grabbing consignments, including Christie’s Wassily Kandinsky’s Rigide et Courbé (1935), which sold for an artist record $23.3 million in November 2016. But she had become a trailblazer of sorts as well for her role as the auction house’s head of evening sale—a senior post long held by a man.

Lampley’s transition to Sotheby’s became official in February of this year, following a customary and mandatory “garden leave.” We caught up with the art star to discuss her successes, her new role—and how best to build a collection in the ever-changing art-world landscape.

What prompted your move from Christie’s to rival house Sotheby’s?

I had been observing for some time that at Sotheby’s, they were making some really interesting choices with the business, like acquiring companies such as Orion Analytical [a science-based art authentication company] and the Mei Moses Art Indices [which measure the health of the art market]. Sotheby’s has been positioning itself to offer a much wider array of services to its clients. As someone who really wants to serve my clients, I want to be able to address their needs and be incentivized to do that in a broader scope than just a particular category of art.

How is Sotheby’s addressing the modern collector’s needs?

I have found, as I think we all have, that the market is trending toward broader-scope collecting. My clients don’t just collect in one category, but rather across many diverse fields. When I was head of the [impressionist and modern art] department at Christie’s, I was naturally more focused on works within that field. As much as I could have been equally excited about a contemporary work or an African work or a photograph that my client was looking at, it was difficult to allocate the time in the day to research such works for them. I look forward to having greater breadth in my new role. It also aligns very naturally with Sotheby’s structure, which again is more broadly focused on the fine arts and other categories to adapt to what our clients are doing.

Do you have any advice for collectors who are looking to find value in this masterpiece-driven market?

I think that works on paper by great artists are a good place to start as they remain relatively undervalued. There are some exceptions, of course. With Magritte, for example, people are willing to pay a premium for a work in gouache—often much more than they might pay for a painting. But you can still get blue-chip works on paper at relatively affordable prices. I also think there are important artists associated with various movements who are not yet widely recognized and thus remain undervalued. The Cubists are a great example. While everybody wants a Picasso or a Braque, you can still find fantastic works by Albert Gleizes or Jean Metzinger for much more reasonable prices.

Have you noticed changes in the market for individual artists such as Picasso?

With Picasso, change is evident all the time—an evolution in his market is driven largely by scarcity. Naturally, as the supply of works from certain periods becomes scarcer and scarcer, it creates an appetite for other periods. For years, the marque pictures were his early Blue Period pictures. The current market seems to be focused on his works from 1932, particularly pictures and drawings depicting his muse at the time, Marie-Thérèse Walter. Of course, we have one of these, his stunning Le Repos, which will be offered in our Impressionist & Modern Art Evening Sale in New York on May 14. It carries an estimate of $25 million to $35 million.