Looking for Robb Report UK? Click here to visit our UK site.
×
By Nicole Schnitzler on May 28, 2019 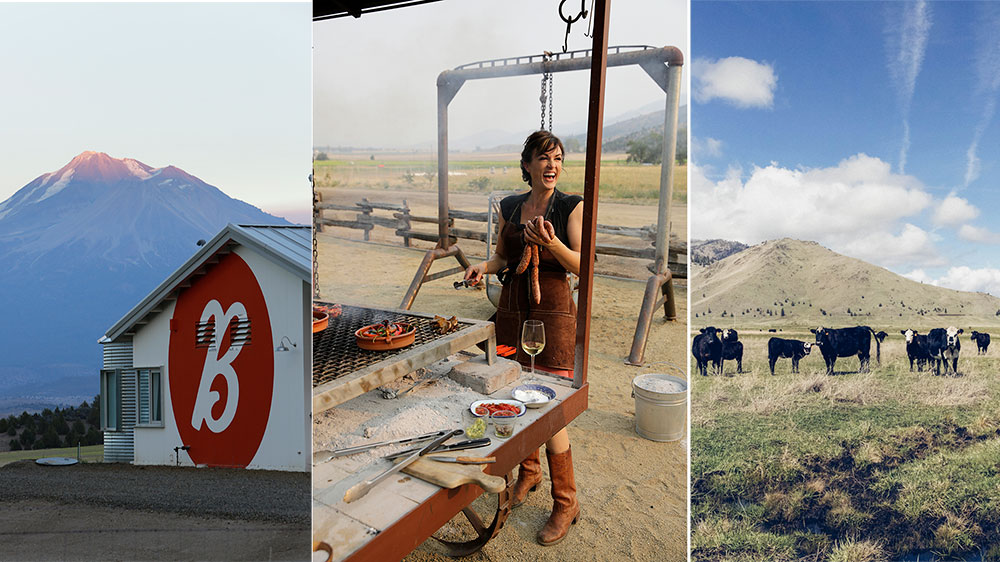 When Anya Fernald returned to the US after four years in Italy, she faced a newfound fact: Her body could no longer handle American-made meat. “Every time I tried to eat it, I would feel sick,” the California-based chef says. She attempted to solve the problem in a number of ways, buying animals directly from farmers (a sketchy undertaking, safety-wise, she recalls), joining Community Supported Agriculture organizations (which she calls “semi-legal”) and shopping at farmers markets (and often returning empty-handed after perusing the subpar selection).

Those experiences were all it took for the Iron Chef America judge to join forces with financier Todd Robinson in 2012 to launch Belcampo Meat Co., a premium meat company with a mission of revolutionizing the wellbeing of people, the planet and animals through a variety of ethical and sustainable practices.

Though March saw Fernald’s first outpost beyond California—a restaurant in New York City’s Hudson Yards—the rest of the operation takes place in Mount Shasta, where 27,000 acres of organic land serve as the carbon-positive home base for more than 2,500 heritage-breed animals that are grass fed and grass finished—perhaps the most important aspect to consider, Fernald points out, when it comes to eating meat that is good for us.

“Any amount of grain tends to change the fat composition in animals pretty dramatically, so grass-fed beef is important—and particularly so that it’s grass fed for the entirety of its life, not just when it’s young,” she says. That kind of diet is a game changer when it comes to health factors, says Fernald, who notes that grass-finished beef has fewer saturated fats, fewer calories and an ideal 1:1 ratio of heart-healthy omega-3 fatty acids to omega-6 fatty acids (as compared with the 1:30 ratio found in corn-fed meat).

It’s just one reason she and her team have been seeing a boost in the number of customers who have experienced or are currently facing health concerns, and who want to change the ways in which they consume meat. “We’ve done a good amount of customer analysis in recent months, and one of the big trigger points for people becoming customers of Belcampo is that a family member or they themselves have had an illness,” she says. “These can be the moments that spark decisions about what we put into our bodies.”

That increased demand supports Fernald’s belief that the problem doesn’t exist in meat itself, but rather in the ways in which some meat is produced. “There are many fundamental issues in the meat-production industry, yes, but when people want to do away with meat entirely, I find it to be a reductionist and simplifying way of viewing the topic,” she says. “Not all meat is made the same.” It’s the very reason Fernald wanted to ensure total supply-chain transparency for consumers with Belcampo—livestock is raised, butchered at a USDA-certified slaughterhouse, packed and shipped all from its California headquarters.

“We’ve all tasted airport chicken salads, and it’s like, why would an animal live and die and be tortured to make something that tastes so terrible?” she says. Still, Fernald doesn’t see any reason to jump to meat substitutes, either—many of which can be highly processed and bring with them their own health concerns.

“In an ideal world, we’d all be eating great vegetables and less meat, but super-high-quality meat from animals that have lived a natural lifespan eating the diet that they evolved to eat,” she says. It’s exactly what Fernald hopes to continue to provide through Belcampo, while also reminding consumers that there are healthy options out there, so long as they seek them out.

“So many people walk away from meat because they don’t feel like they have a choice—that the meat out there now leaves them feeling bad about the environment, their health or animal treatment,” she says. “I want people to remember that they absolutely do have a choice, and that they can feel amazing about their choices.”

Sporticast: Eagles, Chiefs Reach Super Bowl in the Arms of an Angel