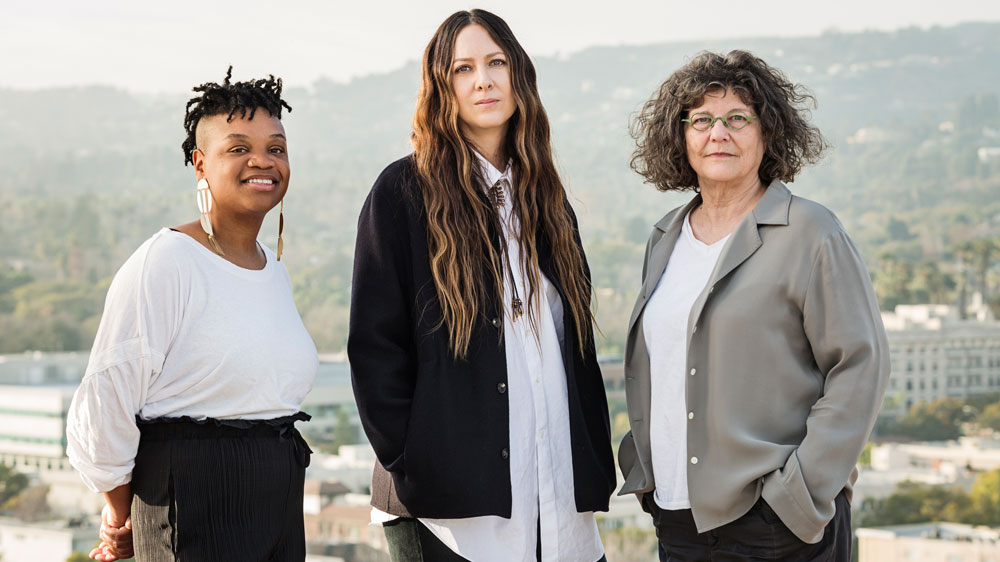 If ever a question existed about Los Angeles’s place in the art world, the city’s top talents and institutions are helping to quell it. As museums like the Broad, the Hammer, the Los Angeles County Museum of Art (LACMA), and the Museum of Contemporary Art (MOCA) present topical programming, and as renowned galleries like Gagosian and Hauser & Wirth  from New York and Europe put down L.A. roots as extensions of their businesses, the West Coast metropolis’s artists, art dealers, and other key influencers are likewise leaving their imprints.

Recently named assistant curator at the Hammer Museum, Erin Christovale is known for having curated with filmmaker Amir George the touring film program Black Radical Imagination, which started in 2013 and continues today. Screened at locations in the United States and abroad, the work comprises elements of video art, new media, and experimental narrative. It was, according to Christovale, an encouraging entry point into the contemporary art world, and so the graduate of USC’s School of Cinematic Arts curates cinema programs and non-traditional exhibitions on the topics of race, identity, citizenship, and sexuality.

In her new post at the Hammer, she is eager to shine a light on her city with Made in L.A. 2018, a biennial exhibition that she’s cocurating with Anne Ellegood, the museum’s senior curator. The exhibit, to be held from June 3 to September 2, will feature 32 local artists, with a focus on emerging and under-recognized. “I’ve lived here for most of my life,” says Christovale, who moved to nearby Long Beach at age 12, “so this is a love letter and a thank you to all of the people who have been the foundation to my curatorial practice.

“My goal as a curator,” she continues, “is to be a supportive and affirming interface between the artists and collectors, to make sure artists and artistic practices that are important to me and that usually aren’t centered in certain circles get archived, collected, and celebrated.” She also values outreach, supporting women in her industry and women of color, connecting them with art-world job opportunities, and donating to the Downtown Women’s Center.

Women are also a motivating force for Maggie Kayne, cofounder of the Kayne Griffin Corcoran gallery. The Los Angeles–born art dealer, who also serves as a founding cochair of the Hammer Museum’s Hammer Circle and as a member of LACMA’s Director’s Circle, says she’s proud to provide a platform for female artists to showcase their work and hopes her gallery is seen as a powerful ally to women art professionals globally. “Fifty percent of our program at the gallery consists of women artists, as compared to less than a third at most galleries,” says the 33-year-old, whose father is financier Richard Kayne. She spent much of her twenties interning at museums, working at galleries, and taking college classes. While studying art history at New York University, Kayne was exposed to a network of artists, dealers, and collectors and began to see opportunities to participate.

In 2011, she opened Kayne Griffin Corcoran with longtime gallerists Bill Griffin and James Corcoran, and today she cites their cross-generational dynamic as “the most interesting dimension of the partnership because it gives us the benefit of seeing things from three distinct vantage points.” The gallery’s programming is varied and features the works of established artists like James Turrell and those of such under-recognized as Mary Corse.

“Despite a groundbreaking practice spanning nearly five decades, Corse is only now finally receiving the recognition she deserves—and being a woman certainly didn’t help,” says Kayne of the now 73-year-old artist whose contributions to Light and Space—an art movement started in 1960s Southern California and dominated by men—have not been well represented in museums. An exhibition of Corse’s work titled Then and Now made its debut at the Kayne Griffin Corcoran last September, and this year she will have significant shows in New York, at both the Dia:Beacon and the Whitney Museum of American Art.

Like Corse, Kim Dingle is finally getting her due. The L.A.-based artist, who was born in Pomona, Calif., in 1951, works in a variety of media, including the paintings and installations of mischievous little girls—like Priss, an artistic alter ego—that she has been creating for 30 years. Her creations appeared at a much-lauded show at Susanne Vielmetter Los Angeles Projects in Culver City late last year—David Pagel, in a Los Angeles Times article, called the Yipes exhibition a “knockout”—and a gallery exhibit titled Painting Blindfolded showed at Sperone Westwater in New York City early this year.

“Being born and raised and benevolently ignored as the youngest of six children in Los Angeles was fantastic education,” chuckles Dingle. In the early ’70s, she started working as a bookstore receiving clerk and “this is where my higher education began—with books.” After five years, she quit the “corporate” world, she says, to study art at California State University, Los Angeles. “After one semester, I dropped out to see with my own eyes, up close, the history of Western art in Pompeii, Rome, Florence, and the palace of Knossos in Crete, Greece, where I sketched for six months, and then reenrolled.” In 1988, she graduated from Cal State L.A. with a BFA, in 1990 she received her MFA from Claremont Graduate University, and in 2000 she was included in the Whitney Biennial. “I then immediately opened a vegetarian restaurant without any experience and ran it for 12 years,” she says of the break she took from painting to open Fatty’s & Co. in her studio. Though during that period did produce a major show called Studies for the Last Supper at Fatty’s.

Dingle recalls stumbling onto a free art show, a retrospective of Mexican artist Frida Kahlo, when she was living in the L.A. neighborhood of Boyle Heights in the 1980s. “I’d never heard of her,” she says, “but one has to start somewhere. For me it was like stumbling into the undiscovered King Tut tomb.”

Though she is feminist, Dingle has never been involved in feminist art groups and rejects the notion of all-female exhibitions. “I remember as a new artist in the 1980s feeling insulted by an invitation to show in an all-woman exhibit,” she says. “I declined and told them I am not a woman artist. Have you ever been to a man-artist show?”

Swords and Space Were Hot Topics at Pierre Cardin Gala