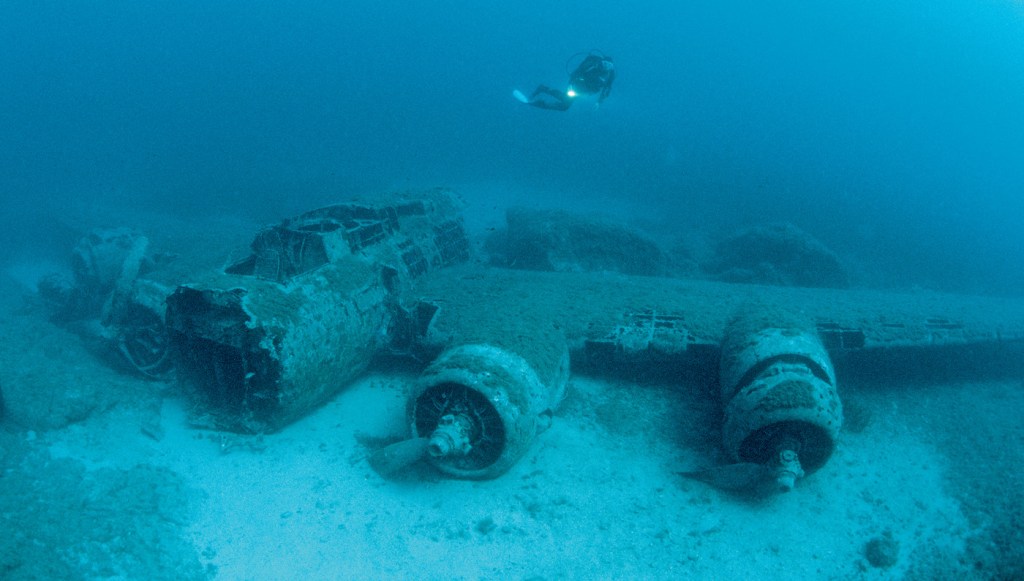 Children’s Hospital Los Angeles neonatologist PHILIPPE FRIEDLICH is a lifelong scuba diver who grew up in southern France with Jacques Cousteau as one of his heroes. He made his most memorable dive three decades ago off the coast of Corsica.

“For me it’s about the unusual. Corsica isn’t well known for diving, because it has difficult access to the water. In the northwest corner of the island there is a natural reserve, with no road and no beach. And so this particular dive—to see the wreck of a World War II American B-17 bomber plane—could be accessed only from the water. We sailed from the mainland of France to do it.

“It’s a difficult dive because of the depth and the search. The first day we attempted to reach the wreck, we totally missed it. In those days, the ’80s, we didn’t have GPS, so it was easy to miss. It’s a very precise dive: You could be just 150 feet away from it and not know. I also got narcosis during the dive, which feels a little like being tipsy from drinking on an empty stomach. It’s a very dangerous condition when you’re diving. You can die from it. You can forget you’re not breathing the air or imagine you see things that aren’t there. So we couldn’t try to dive again that day.

“The next day we did it. It’s a very deep dive, about 160 feet, and you don’t see anything until you’re right on top of the plane. The day we made it, we had such clear visibility once we reached the wreck. All of a sudden there was the plane, surprisingly well preserved, sitting on the white sandy bottom of the Mediterranean. We didn’t have time to explore it, however. We could stay down for only 10 minutes. Back then we didn’t have the special gases divers use now to extend the dive. At that depth it was like breathing 100 percent oxygen. I wasn’t scared, though, just thrilled.

“Diving truly is like you see it in Jacques Cousteau’s Silent World—so quiet. You almost feel like you’re floating in space. And there is a feeling of grandiosity when you dive, of how small you are compared to the majesty of the undersea world.

“Diving is a passion that shapes you. You learn a respect for nature, and sometimes nature doesn’t want you there. You learn to pay attention to detail; lives could be at stake. It molds you to be independent and disciplined, and to think on your feet. And you gain an appreciation for the unusual and for remarkable beauty.”

Centre de Plongée à Calvi (plongeecastille.com) conducts dives daily from Corsica’s Calvi Harbor to the site of the B-17 bomber. Moray eels have established residence in the wreck.