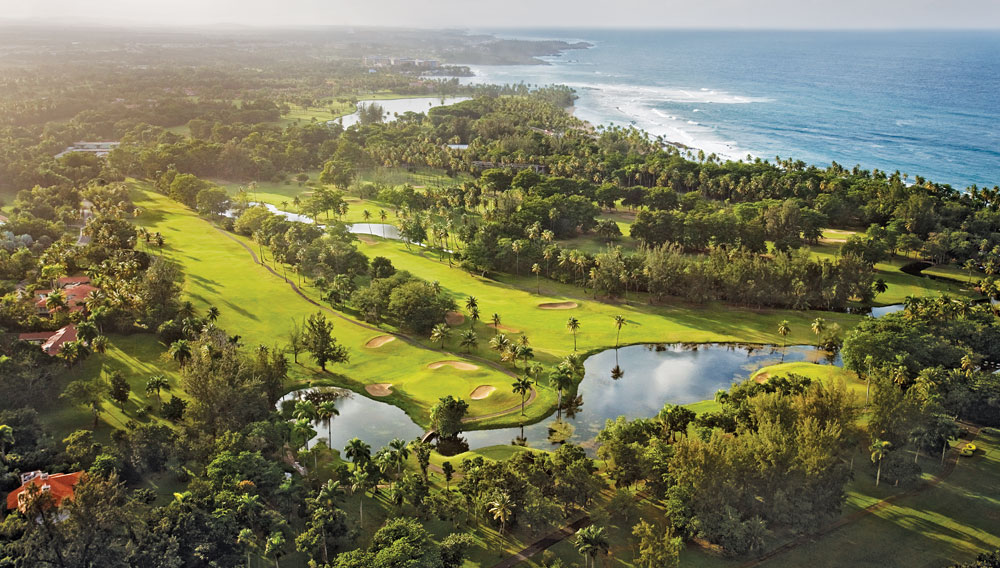 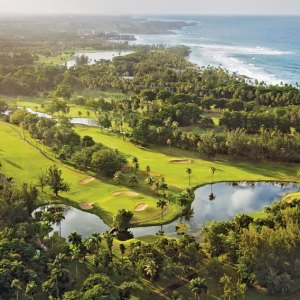 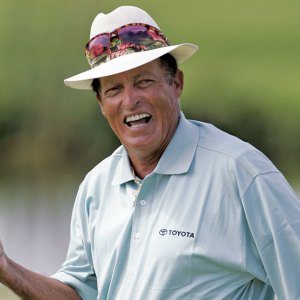 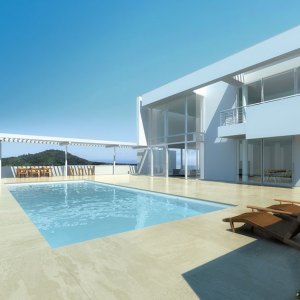 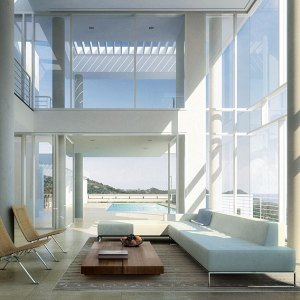 A 1.2-acre lot with ocean and golf-course views at the new Dorado Beach, a Ritz-Carlton Reserve, in Puerto Rico.

A ground-breaking party for 10 guests at the historic Su Casa villa at Dorado Beach.

A round of golf for three with Dorado Beach resident and former PGA Tour star Chi Chi Rodriguez.

Upon completion of the home, a private dinner party for 10 hosted by chef José Andrés.

If his record is any indication, architect Richard Meier will likely discourage anyone from purchasing this gift. “I try to convince people not to have a house designed by us,” says the managing partner of the New York–based Richard Meier & Partners Architects. “It takes a lot longer than buying an existing home, it’s more expensive, and you don’t know what you’re going to get. It has to be someone who really wants to go through that experience—and fortunately there are people who still do.”

Meier will have a hard time talking anyone out of this gift’s experience, which includes having the architect personally design a custom beach-and-golf home at the new Dorado Beach, a Ritz-Carlton Reserve, in Puerto Rico. Originally opened by Laurance S. Rockefeller in 1958, Dorado Beach has long been one of the top golf retreats in the Caribbean, anchored by four championship courses designed by Robert Trent Jones. PGA Tour legend Chi Chi Rodriguez started as an assistant pro at the resort, which also includes private residential communities, a beach club, a water park, nature trails, and more.

Opening at Dorado Beach this December, the Ritz-Carlton Reserve (see “An Uncommon Wealth,” page 271) promises to be one of the premier resorts in the Caribbean. Highlights at the 115-room property, which will occupy the site of Rockefeller’s original hotel, will include a new beach club, a 5-acre indoor-outdoor spa, and chef José Andrés’s first restaurant outside the continental United States. The 50-acre Reserve will also incorporate a limited number of private residences, crowned by the gift recipient’s Meier-designed manse.

For the gift, Dorado Beach is offering one of the Reserve’s first lots, a prime 1.2-acre site overlooking the ocean and the 18th fairway of the resort’s newly renovated East Course. Meier will work with the recipient to design a home to suit the site, which features a private entry protected by trees and lagoons. “I see the spaces opening out to both the golf course and beach so they take advantage of the orientation, the views, and the breezes that come off the water,” says Meier, whose work includes everything from private homes to the billion-dollar Getty Center in Los Angeles. “It would be a lot of open house that you could close up completely when you’re not there.”

Meier concedes that one aspect of the lot’s location could prove problematic. “It’s challenging because you have to locate the home so you don’t get hit by a golf ball,” he says with a laugh. “You want the views, but you don’t want it too open because otherwise you end up with golf balls in your garden.”

As part of the gift, the recipient and two guests will have a chance to play golf with longtime Dorado Beach resident and golf ambassador Rodriguez, who will join them for a round on the East Course. Also included is a ground-breaking party at Su Casa, an immaculate 1920s hacienda that underwent a $2 million restoration and now serves as a VIP villa and event space at Dorado Beach. Finally, when the time comes, chef Andrés will prepare a private dinner for 10 friends and family members at the completed residence.

Of course, the home’s completion date will not be easy to pinpoint. Meier, who is notoriously hands-on with his projects (he stayed on-site at the Getty Center throughout the museum’s 13-year construction process), says the Dorado Beach residence would be no different. “I’m the same way with homes,” he says, “which is why it takes so long.”

The round of golf and private dinner party are based on the availability of Chi Chi Rodriguez and José Andrés, respectively.