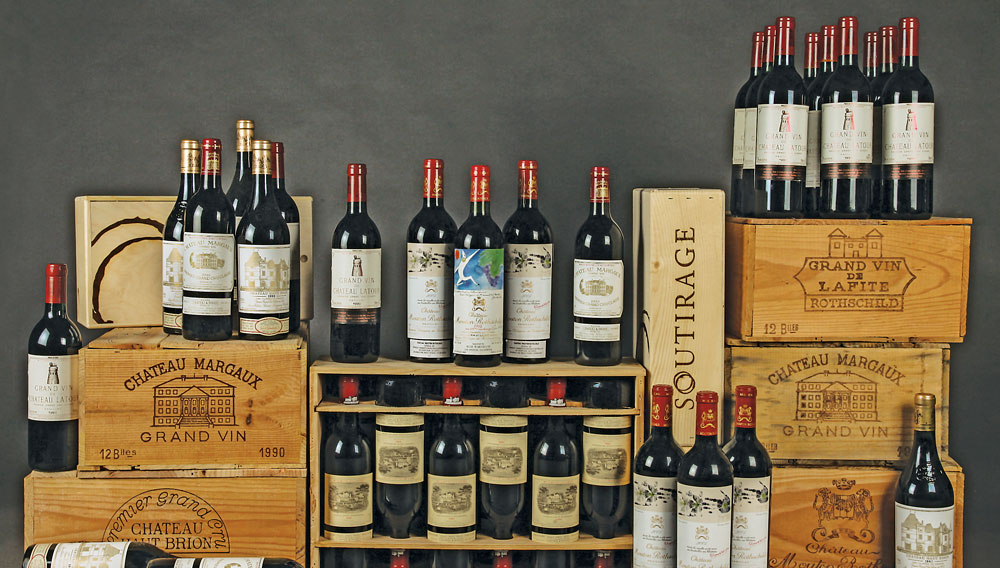 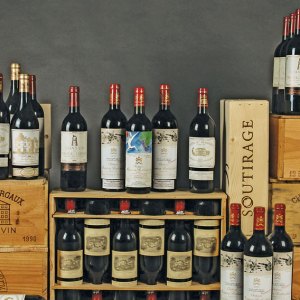 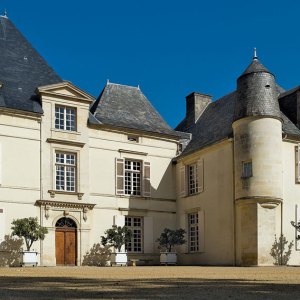 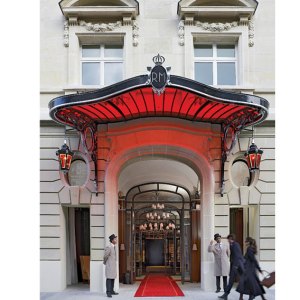 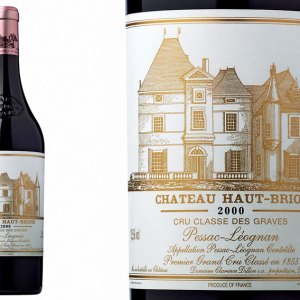 A pristine collection of rare and highly sought-after Bordeaux wine consisting of a case of the 1961, 1982, 1990, 2000, and 2005 vintages from each of the five first-growth châteaux—Lafite Rothschild, Latour, Margaux, Mouton Rothschild, and Haut-Brion (300 bottles).

Travel for six to Paris and Bordeaux arranged by Stacy Fischer and the team at Fischer Travel, a private luxury-travel agency based in New York City.

Round-trip private transportation on a Gulfstream GV to Paris.

A helicopter trip to the Loire Valley for a memorable gourmet lunch.

Helicopter transport from Paris to Bordeaux; chauffeur service throughout Bordeaux in a vintage Citroën DS; and ongoing availability of a private helicopter for use as desired.

A three-day journey through Bordeaux with a Soutirage wine adviser, including private lunches and dinners at each of the first-growth châteaux.

Intimate, guided tours at each château, as well as tastings from barrels and from the libraries, hosted by Soutirage.

A one-year membership to Soutirage Primeur, including comprehensive on-site cellar consultation by a Soutirage wine adviser and inventorying of the recipient’s collection into CellarBook, Soutirage’s proprietary iPad-based cellar-management system.

A final dinner and wine event, hosted by Soutirage.

Bordeaux. The very name evokes images of grand, centuries-old châteaux and picturesque vineyards stretching along the green and gold banks of the Gironde estuary. From its legendary communes and departments come many of the most renowned and sought-after wines on the planet. Since the ancient Romans first introduced the grapevine to its soils in the first century, Bordeaux has evolved to become the largest and most vaunted fine-wine region in the world. Yet for all the magnificence of its many venerable châteaux, a mere five hold the supreme distinction of being classified as premiers crus, or first growths: Haut-Brion, Lafite Rothschild, Latour, Margaux, and Mouton Rothschild.

Collectors around the globe seek not only to add the wines from these fabled estates to their cellars, but also to develop personal relationships with the land and the people that produce them. “In order to gain a real understanding of Bordeaux, one must go there, walk the vineyard rows, touch its singular earth, and meet the people who make its legendary wines,” notes Matt Wilson, cofounder of Soutirage, an international merchant of rare wines and spirits based in Yountville, Calif. “Few people have the opportunity to experience Bordeaux like this, but those who do change their understanding of wine in a fundamental way.”

The fortunate recipient of this gift will have the chance to drink deeply from that privileged cup of knowledge. Soutirage has assembled an extraordinary collection that comprises some of the greatest vintages of Bordeaux first-growth wines of the past half century. To complement the collection, the company has partnered with luxury-travel specialist Fischer Travel to arrange an unforgettable journey for the recipient and five guests, who will travel via private jet and helicopter to Paris and Bordeaux for an unforgettable week that culminates in exclusive tours and first-class dining at each of the five first-growth châteaux.

The journey will be followed by a private cellar consultation with a Soutirage wine adviser, during which the recipient’s cellar will be stocked with a case from each first growth from the renowned 2005, 2000, 1990, 1982, and 1961 vintages. “We selected the five most sought-after vintages of the past 50 years,” Wilson says. “We wanted to cover a range that includes something rare, special, and perfect to drink now, as well as wines that can be cellared, aged, or even passed down to the next generation.”

Wilson believes the 2000 and 2005 vintages are long-term treasures that need further cellaring to reach their full potential. He describes the 1990 vintage as a modern classic; the 1982 as “supple, delicious, and full bodied”; and the 1961 as the “gold standard against which all other Bordeaux vintages are judged.” He adds, “If you are a collector, these are the vintages you want.”

Regardless of one’s personal preference, each of these brilliant bottles encapsulates an important piece of this most illustrious region. But more important, each, when at last opened, will uncork memories, taking the recipient on a return journey to this remarkable corner of France, whose legendary châteaux preside over their incomparable vines.