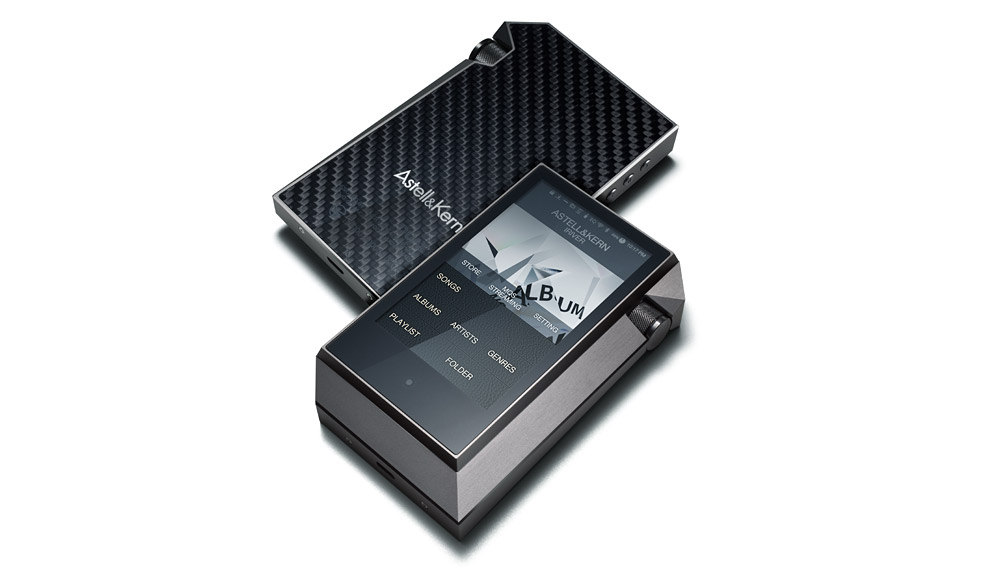 The AK240 is the new flagship model from Astell&Kern, which since 2012 has been making pocket-sized portable players capable of reproducing high-resolution music. The company is a subsidiary of Iriver, a Korean electronics manufacturer that was founded in 1999 by a group of former Samsung engineers. Priced at $2,500, the AK240 is approximately the same size as an Apple iPhone and features a 3.31-inch active-matrix organic LED color touchscreen and a sturdy volume knob. The chassis is made of carbon fiber and aircraft-grade duralumin, and it weighs just 6.5 ounces.

The AK240 can store and play lower-resolution music files, but like its predecessors, the AK100 and AK120, it employs onboard digital-to-analog converters (DACs) to enable playback of FLAC and other large-format files, and it is built with enough memory to store them. It has 256 gigabytes of built-in memory—compared to 64 gigabytes for the AK120—plus a microSD card slot for an additional 128 gigabytes. That is enough memory to store 5,000 50 MB songs or 2,500 100 MB songs.

While the AK100 employs a lone Wolfson DAC chip, and the AK120 employs two (one for each stereo channel), the AK240 uses a pair of higher-quality Cirrus Logic 4398 DACs, which enable it to play Direct-stream Digital files—the same uncompressed audio format used by professional recording studios. Thanks to a recent firmware upgrade, the new player supports files with resolutions as high as 32 bits and 384 kHz, which is the highest resolution available—higher than even most hi-fi digital stereo equipment can deliver.

The AK240 is also Wi-Fi ready, so it can download firmware updates and stream music stored on a home computer network. It has a Micro-USB port for charging (a single charge is sufficient to play up to about 10 hours of music) and for uploading music files, and the port enables the AK240 to serve as a USB-DAC for transferring music from a computer to a home stereo system. The AK240 is also equipped with a balanced output jack (in addition to a standard mini headphone jack) so that it can plug directly into a power amplifier—through a newly designed component cable—and serve as the player and preamplifier in a home stereo system.

Whether it is on a gear rack or in your pocket, the AK240 delivers music with all the nuance, soundstage depth, and clarity of the finest hi-fi audio equipment.