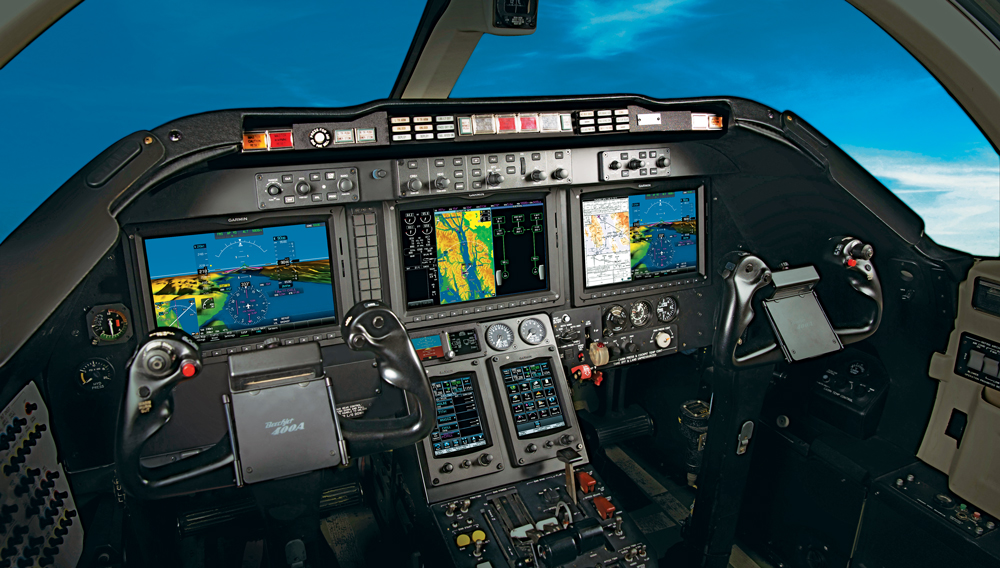 According to the Federal Aviation Administration, on average, once every four days in the United States a fatal crash occurs when a pilot flying a small private airplane loses control of the aircraft. Actions such as banking too steeply or climbing too slowly can quickly develop into an aerodynamic stall or spin that produces the loss of control (or LOC as the FAA calls it). A crash results when the pilot fails to execute corrective actions for reasons that can include poor judgment, lack of experience, lack of ability, or impairment. Stalls are the number-one cause of fatal crashes of small aircraft, according to the FAA, which cites this type of LOC in about half of all fatal accident investigations.

But new technologies, including some that are just now becoming available, are expected to reduce the crash and fatality numbers dramatically by essentially increasing the autonomy of the airplane so that it is more difficult for pilots to make mistakes.

One of the more prevalent new safety systems is electronic stability protection (ESP). It is a feature of Garmin flight decks and has been available for several years in small aircraft such as Cirrus single-engine airplanes and Beechcraft King Air twin-engine turboprops. “The parameters are in most cases set so if the pilot exceeds a bank of 45 degrees, ESP will nudge you back in the opposite direction, just gently, so you’ll hardly notice it,” says Jessica Koss, a spokesperson for Garmin. “If you continue that bank, say to 50 degrees, the resistance grows stronger.”

You can disengage the system when using the airplane for flight training or when practicing aerobatic maneuvers. The system automatically turns off when the plane is within 200 feet of the ground, Koss says, in case you want to pull up the nose higher than normal to slow the airplane and ensure a gentle touchdown.

Technologies that help pilots to fly the airplane are not new. The American aviation pioneer Lawrence Sperry demonstrated the first autopilot in 1914 at an air show in France. It kept his airplane straight and level and on a steady compass heading. In the century following Sperry’s demonstration, systems steadily advanced to the point where today’s airliners virtually fly themselves from takeoff to landing. But most small private aircraft have more limited autopilot capabilities. You can use autopilot during the cruising stage of a flight, but during takeoff and landing and when you are maneuvering around clouds and weather, you fly manually.

Larry Anglisano, the editor of Aviation Consumer magazine, says autonomous-flying features such as ESP are entering the marketplace on advanced personal aircraft all the time. “Some autopilots have a straight-and-level button that the pilot can press, and it will automatically level the wings if a pilot allows the aircraft to get into an unusual attitude,” he says. Recent years also have seen the arrival of terrain-warning systems that display a colored map with dangerous areas highlighted, and sound an audio warning when the airplane flies too close to a mountainside, man-made obstructions (such as antennae), or the ground.

Those systems alert the pilot; others alert or just inform people on the ground. “We now have satellite flight tracking, which automatically pings your position,” says Anglisano. “For a monthly fee, these services will track your flight and post it on the Internet, in real time, so your family can watch you fly across the country. The system also has an SOS function. If you don’t arrive on schedule, the system automatically triggers a search-and-rescue alert, and it knows your exact position.” The SOS and location-reporting features can also be activated by the pilot, in case of an off-airport ditching.

One of the newer safety features provides protection from hypoxia, which occurs when you are not taking in enough oxygen. Pilots flying at altitudes higher than 12,500 feet in unpressurized aircraft are required to use supplemental oxygen, to ensure that they remain mentally focused as the cabin’s oxygen level falls. But if the oxygen system fails, you may not notice the onset of hypoxia, because it occurs so gradually. You can be unaware that you are losing the capacity to think clearly and respond appropriately. You may even feel euphoric, but soon you will lose consciousness. Crashes involving hypoxia are rare, but when they occur they usually are tragic. The airplane continues to fly for hours on autopilot—long after the occupants have succumbed to the lack of oxygen—until finally running out of fuel and crashing from a high altitude.

As a safeguard against such a scenario, Garmin offers a hypoxia monitoring system with its G1000 and G3000 flight decks. “We call it Emergency Descent Mode,” says Koss. “If pilot interaction with the avionics hasn’t occurred for a certain pre-set time while the aircraft is at high altitudes, the avionics will ask, ‘Are you alert?’ If no acknowledgement has been made after a few more tries, the aircraft will automatically descend to 12,500 feet.” At that altitude, the oxygen levels are high enough for the occupants to recover. The system is available in Piper’s new M600 single-engine turboprop and in Cirrus models. The system does not yet have the capability to detect mountains or air traffic along its descent path.

“The takeaway is that these are sophisticated autopilot systems, and they are going to prevent loss-of-control accidents,” says Anglisano. An autopilot system now is more than just a convenient way to get relief from a tedious chore, he says. “It’s your second set of eyes, watching over you.”

While newer systems are designed to work as autonomously as possible, other safety features require the pilot to make the right decisions, and in those cases, training is key. Cirrus learned the value of pilot training when it made full-aircraft parachutes a standard feature on all its aircraft. The parachute does not deploy automatically; pilots decide whether to deploy it, and when the feature was first introduced, some made the wrong choice. The chute is stored in the fuselage and deployed by a small rocket, which damages that area of the airplane when it ignites. Reluctant to cause any damage, pilots would consider the parachute a last resort. Or they would become preoccupied with trying to address the emergency and delay the chute deployment until it was too late.

Travis Klumb, the director of flight standards, operations, and customer experience at Cirrus, says the system seemed so obvious and simple—pull the handle, deploy the chute—that initially the company did not place great emphasis on training pilots how to use it. “But what we found was that we had to educate people about the decision-making leading up to that action,” he says. The company designed a training program that presents various scenarios in which you should use the parachute. The goal is for you to know in advance of an in-flight emergency when to ­deploy it. Statistics show an increase in use of the parachute since 2012, when the training program was implemented, and a decrease in fatalities involving the Cirrus fleet.

As for forthcoming safety systems, the aircraft and avionics manufacturers are reluctant to discuss new technologies until they are ready to release them to the market. But expect more autonomy for the planes and more protections for pilots. “Every opportunity we get to further protect the aircraft and deliver people safely on their mission, we’re going to do that,” says Ben Kowalski, a Cirrus spokesperson.

Aircraft now in development could include a so-called go-home button, which would find the nearest airport and land the airplane autonomously if the pilot were incapacitated or disoriented. Future full-aircraft parachutes might deploy on their own under certain conditions, and further in the future, you might be able to just say, “Take me home,” and then relax while the airplane flies itself to your local airport.