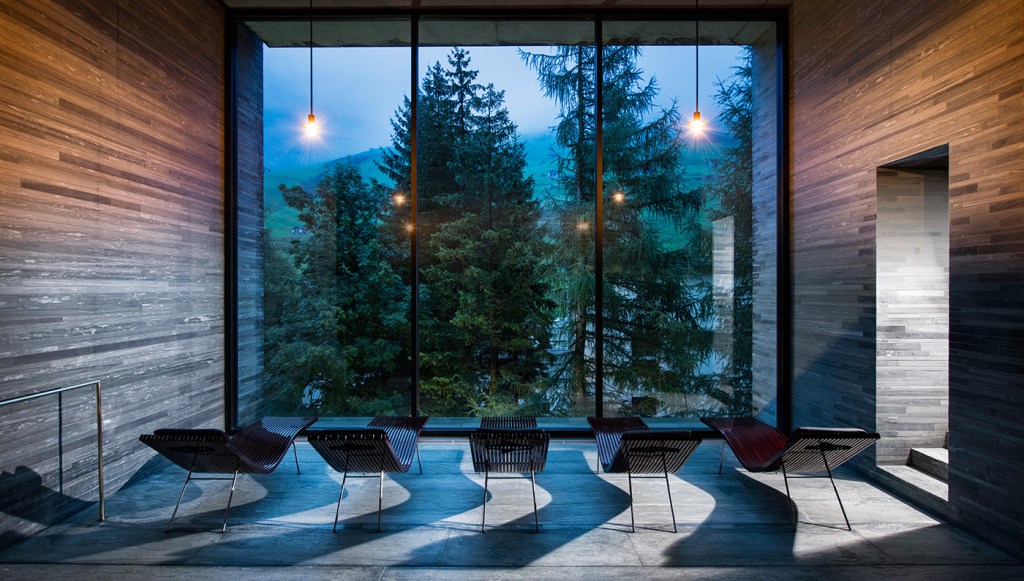 With its white exterior and minimal interiors, 7132 Hotel (7132.com) is a far cry from the traditional Swiss chalet. Designed by the Pritzker Prize–winning architect Peter Zumthor in the mid-1990s and built around thermal springs, the resort is a modern architectural achievement nestled in the towering Alps. Recently, the Vals retreat—which was declared a protected monument just 2 years after opening—became even more noteworthy with the debut of 63 guest rooms newly designed by top talents. Thom Mayne of Morphosis Architects has created 22 rooms wrapped from ceiling to wall to floor in indigenous stone or wood; the Japanese designer Kengo Kuma has unveiled 23 light-filled accommodations lined with panels of Swiss oak; and Tadao Ando, the Pritzker Prize–winning architect from Osaka, has invoked a sense of traditional Japanese tea houses with his 18 rooms featuring slatted wood walls and floor-to-ceiling windows overlooking the verdant valley outside. In July, the hotel plans to reveal 15 more high-design rooms and suites, all with access to Zumthor’s striking thermal baths.