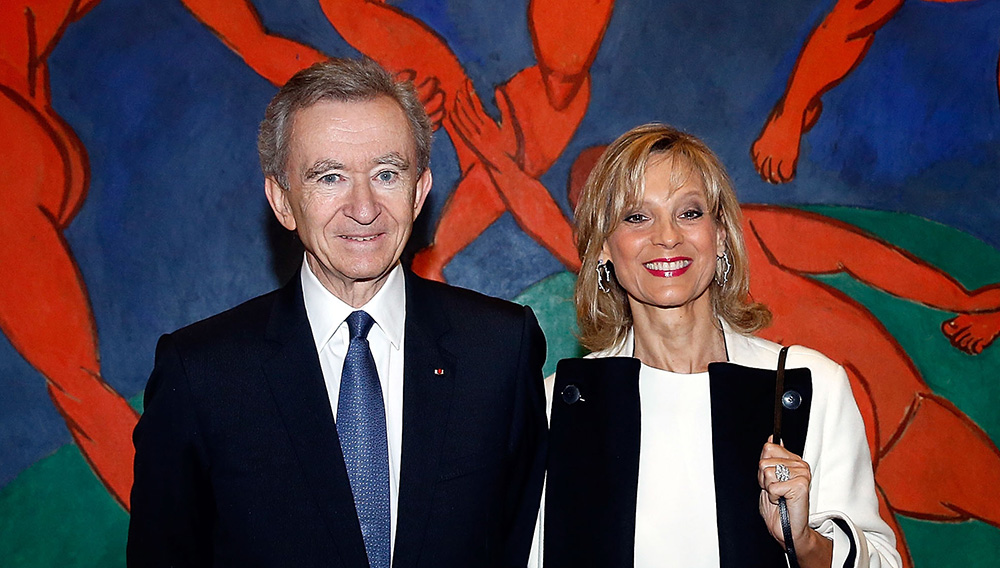 When the fondation Louis Vuitton opened in Paris last October, the $143 million museum triggered a whirlwind of excitement for its bold Frank Gehry design and its stash of major artworks ranging from Henri Matisse’s The Dance to Jean-Michel Basquiat’s Grillo. Equally enticing for connoisseurs was the glimpse the museum gave into the well-curated tastes of its mastermind, Bernard Arnault. An avid art collector, the chairman and CEO of the luxury-goods conglomerate LVMH Moët Hennessy Louis Vuitton put his sophisticated stamp on the groundbreaking institution, furnishing it with works from his personal collection and securing original commissions for its gallery walls.

Arnault’s background in fashion has no doubt inspired his passion for art, and he brings the two worlds together as no one else can. At its CEO’s behest, LVMH has become a major patron of the arts, spawning collaborations with Richard Prince and Takashi Murakami for Louis Vuitton and commissioning works by the French artist Vincent Beaurin for the brand’s Maldives resort, Cheval Blanc Randheli. More recently, in May, Arnault—who owned the auction house Phillips de Pury & Co. from 1999 to 2003—drove LVMH’s funding of the German auction website Auctionata. The investment further secured LVMH’s strong foundation as one of the world’s new art powerhouses.