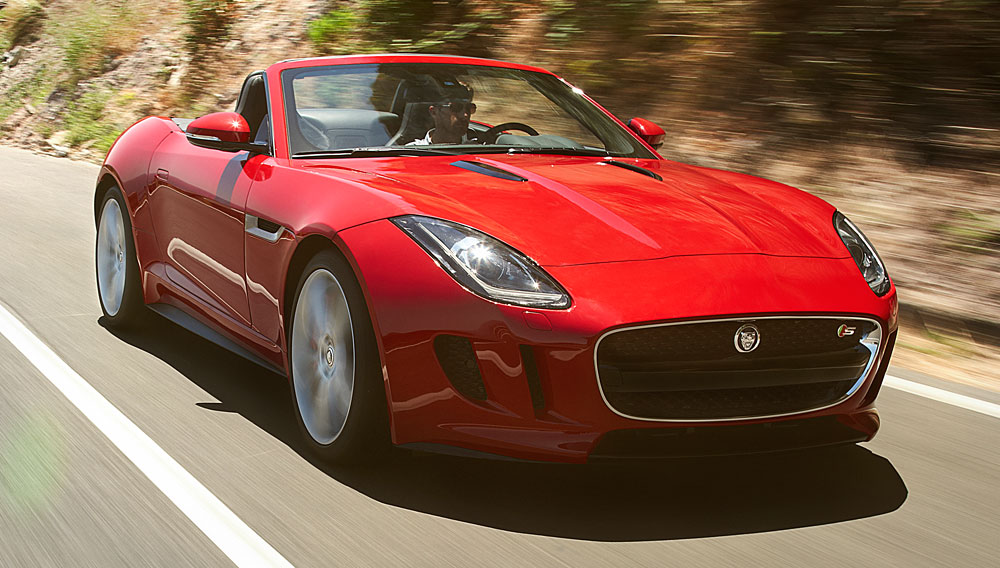 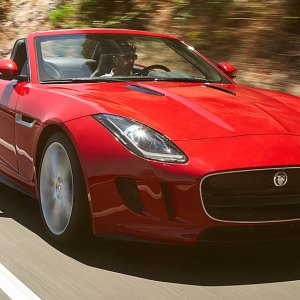 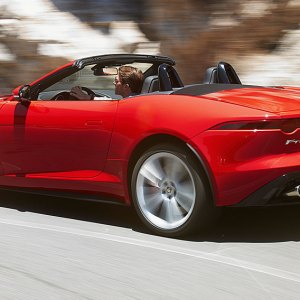 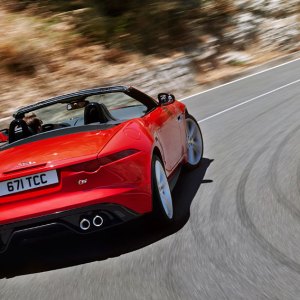 When the F-Type’s sports-car predecessor, the E-Type, debuted in 1961, Road & Track’s Henry N. Manney III famously called it “the greatest crumpet catcher known to man.” For 14 years, the E-Type spun a web of seduction, but after its production ceased, Jaguar went nearly four decades without a proper sports car. Finally, with an all-new platform but great deference to its forebear, the 2014 F-Type proves that a Jaguar can still turn heads with the best of today’s sporting convertibles.

The F-Type is really more of a two-seat, drop-top grand tourer in the manner of the Mercedes-Benz SL-Class or the Maserati GranTurismo. It offers performance and style without compromising visibility, practicality, or comfort—qualities that sometimes are absent in high-strung, purpose-built sports cars. The F-Type also maintains the British tradition of a soft top, as opposed to the metal clamshell used by other convertibles. The classic front-engine, rear-wheel-drive layout allows Ian Callum’s svelte design to cut an aggressive profile; the aluminum body is a tight, cohesive form with delightful details such as hidden door handles and a flush rear spoiler that deploys at speed.

The F-Type V8 S, which has a starting price of $92,000, is the best-equipped of Jaguar’s three F-Type models. It is powered by a 5-liter supercharged engine that develops 495 hp and 460 ft lbs of torque from 2,500 to 5,000 rpm. The F-Type sprints from zero to 60 mph in 4.2 seconds and has a top speed of 186 mph. The 8-speed Quickshift automatic transmission lets drivers enjoy the wheel-mounted paddle shifts or console-mounted SportShift selector. Dynamic Launch Mode adds a little mischief to the mix.

The two-occupant cabin features a novel asymmetric layout, with a sweeping grab handle on the center console and an available flat-bottom, three-spoke steering wheel that adds to the F-Type’s sporting flair. Audiophiles will appreciate the optional Meridian TriField sound system, which places the driver and the passenger each at the center of a perfectly focused field of surround sound.