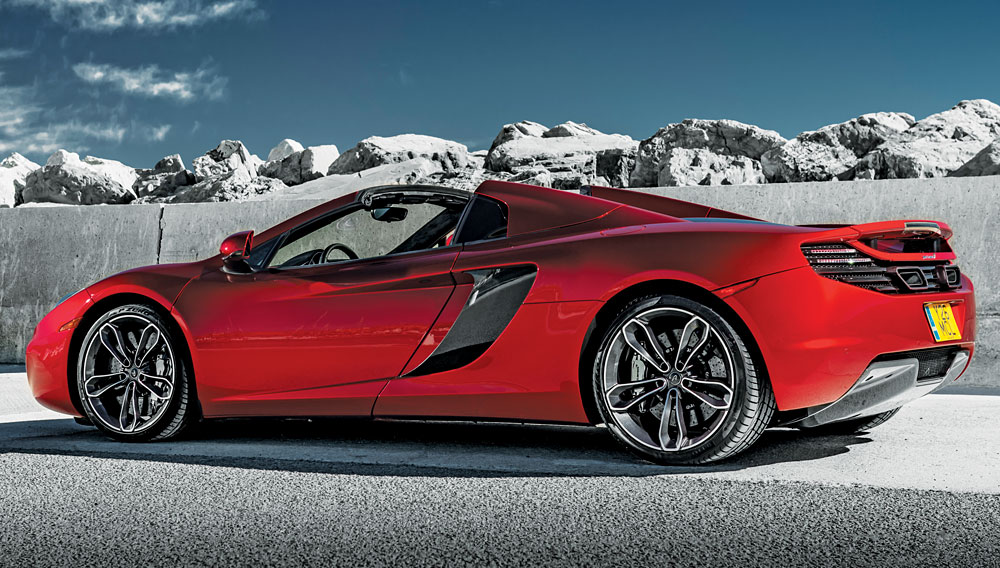 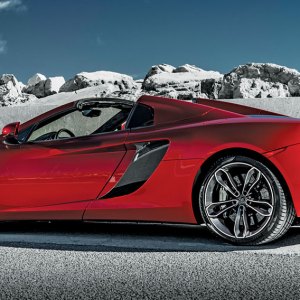 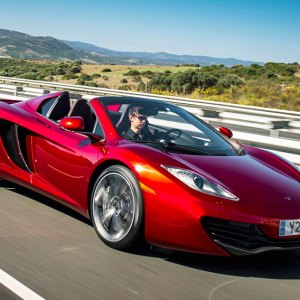 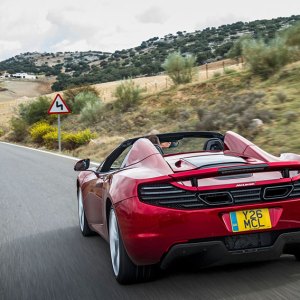 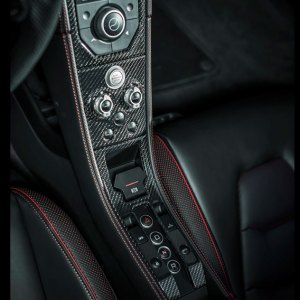 A key to the extraordinary agility of the 2013 McLaren 12C Spider (www.mclaren​automotive.com) is the car’s weight—or rather lack of weight. The $266,000 convertible tips the scales at barely 3,000 pounds, or about a half ton lighter than, say, Jaguar’s XK convertible. That is the result when the car’s chassis, unibody, lids, cladding, and doors are made of carbon fiber. The engine—made by McLaren—is a mid-mounted, biturbo 616 hp V-8. It propels the bantamweight Spider to a top speed of 204 mph. McLaren has enjoyed five decades of motorsports success that is second only to Ferrari’s. With road cars, however, the company’s victories have been noticeable yet minimal. It has produced the $1 million McLaren F1, just over 100 examples of which were sold, and the $500,000 Mercedes-Benz SLR McLaren, which had a seven-year production run of less than 2,200 cars. McLaren hopes to sell as many as 1,500 examples of the 12C Spider this year. While that number may seem like mass production for McLaren, it still assures exclusivity for 12C owners.