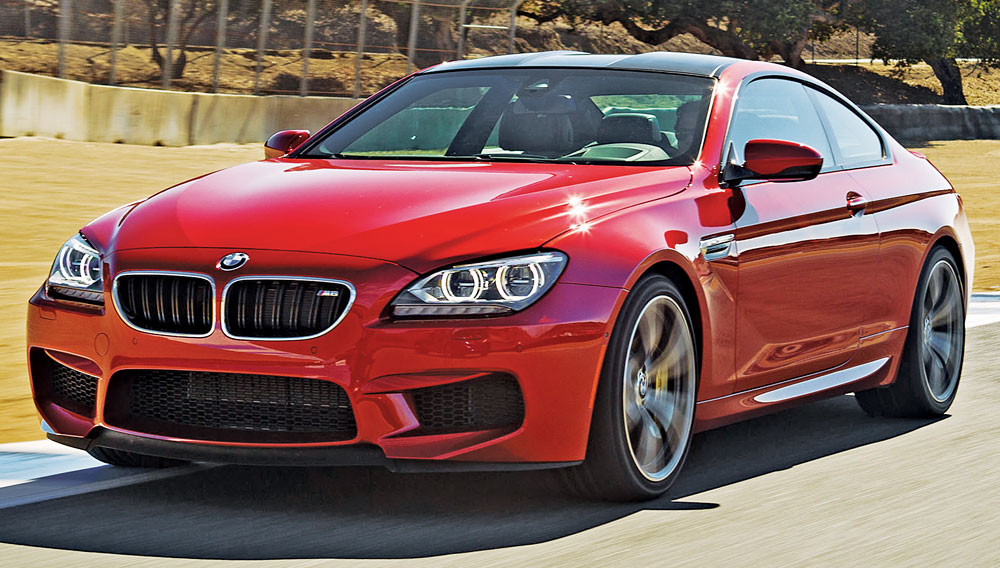 The BMW M6 Coupe (www.bmwusa.com) may have lost its V-10 engine for the 2013 model year, but rest assured that the German automaker has not lost its way. The big coupe is completely new, and it is a revelation. The $108,000 M6 is no longer afflicted with BMW’s unwieldy SMG transmission or the bulbous rear end known as the Bangle butt—a reference to the previous generation’s designer, Chris Bangle. With a smaller, lighter 4.4-liter twin-turbo V-8 that generates 560 hp and 500 ft lbs of torque, the new M6 is more powerful than its predecessor, and it is noticeably quicker. Reaching 60 mph in 4.1 seconds should not be easy for a car that weighs more than 2 tons, but the M6 accomplishes that feat effortlessly. Drivers can switch off many of the car’s electric nannies and select the aggressive sport settings for tighter suspension, quicker shifts, and more direct steering.