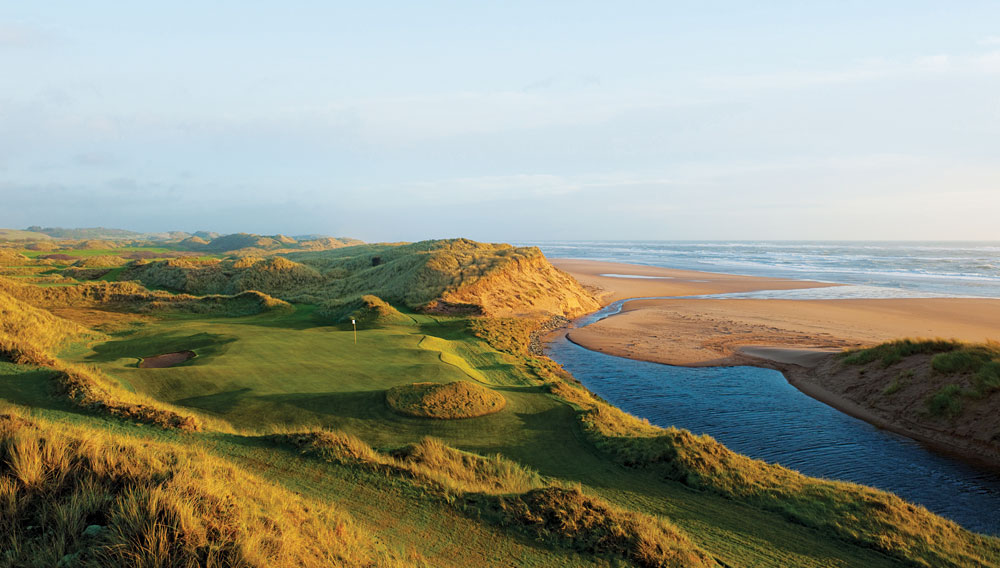 The pressure was on Martin Hawtree. To start with, the course architect’s client was a demanding plutocrat who is never afraid to say how things will be. He had also handed Hawtree a site for which every course designer in the world would swim the Atlantic—and one where local environmentalists would be watching his every move. Adding to the potential anxiety was the fact that Hawtree was not the first choice for the project; he had taken over for Tom Fazio II. But the final and most burdensome bit of pressure came directly from the client’s notoriously capacious mouth: Long before he inaugurated it last July, Donald Trump pronounced that the Trump International Golf Links, Scotland, would be the greatest golf course in the world.

“The feeling when I got the job was one of exhilaration,” recalls Hawtree, a mild-mannered Brit who appears the polar opposite of Trump. “But the sense that I could throw away a heaven-sent opportunity always remained in the background. I was constantly aware of the awesome responsibility.”

Hawtree has more than fulfilled that responsibility. The veteran designer—who has worked on several British links courses, including many former British Open venues—has built a masterpiece amid the millennia-old sand dunes in northeastern Scotland.

Right from the superb par-5 opening hole, golfers are thrust into the site’s imposing dunescape—and it never lets up. Some holes are more memorable than others, but every one of the 18 is worthy of the world’s finest courses. Trump International is a difficult test throughout, especially in any kind of wind. However, the layout is mild enough that handicappers high and low will be able to appreciate the quality of the holes and enjoy the constant views over the North Sea.

Trump’s future plans for his nearly 2,000-acre site, which is located outside Aberdeen, include a hotel and an additional 18-hole course (although he is currently threatening to halt all construction because of a proposal by the Scottish government to build an 11-turbine offshore wind farm that would be visible from the property). For now, his Trump International Golf Links will soon be celebrating its first birthday. Give it 50 more, and golfers who play it might look back and concede that its owner was absolutely right about this course.