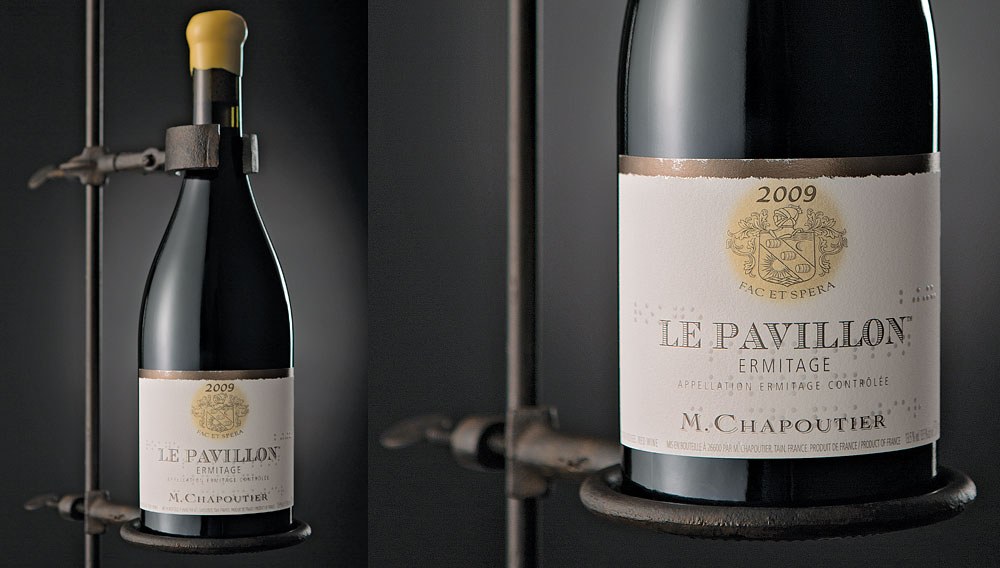 The winemaking history of France’s Rhône region stretches back millennia. After Julius Caesar conquered Gaul, the enterprising Romans were intrigued by the vinous potential of the province known as Gallia Narbonensis, which approximately spanned the terrain from the present-day Côte d’Azur to Provence and Languedoc. The conquerors discovered that the native groups in what is now Côte-Rôtie and Hermitage had already planted vines on the hillsides, which, then as now, enjoyed ideal soils and sun exposure. Those ancient vines, however, were not necessarily the Syrah for which the northern Rhône is now celebrated, though experts contend that this noble varietal—which lore tells us was brought to Europe from Persia by Greek traders more than 2,500 years ago—is, in fact, native to southeastern France.

Regardless of its true origins, Syrah is indelibly associated with the Rhône Valley and, in particular, the Hermitage appellation. Thomas Jefferson, an inveterate epicure and devotee of the wines of Bordeaux, exulted over red Hermitage, which he described as having a dark purple color and exquisite flavor and perfume. He went on to express his hope that “the delicacy and innocence of these wines” would steer his countrymen away from “the coarse and inebriating kinds hitherto only known here.”

If the master of Monticello were to select a modern red Hermitage to present at table, he would doubtless favor one from M. Chapoutier, which during the past two decades has released wines of uncompromising quality. This success stems at least as much from innovation as tradition. The Chapoutier family’s winemaking roots were established in the region in the early 19th century, when they arrived in Tain-l’Hermitage. The first vineyard lands were purchased later in the 19th century, but the philosophy that currently drives production was formed in the 1980s, when Michel Chapoutier returned to France from California to assume winemaking duties and, eventually, responsibility for the family firm. Michel applied the techniques he had learned in France and abroad to these near-mythic vineyards, pruning them back to reduce yields and adopting biodynamic farming practices. He is also an advocate of single-varietal wines—something of a novelty in the Rhône, where blending of small quantities of Viognier with Syrah is thought to boost the wine’s complexity.

Michel’s monolithic monovarietal reds, however, require no augmentation; his Hermitage wines display a dynamic natural acidity. In the 2009 vintage, his releases outshine all others from the region, but the M. Chapoutier 2009 Ermitage Le Pavillon ($365) stands out even among its stellar siblings. This 100 percent Syrah is made with fruit from vines an average of 65 years old. Broodingly dark in color, it tantalizes the senses with a floral bouquet of lavender and lilac. A flood of blueberry and raspberry fruit drenches the palate, leaving in its wake currents of anise, espresso, saucisson sec, leather, and black truffle. In 1791, when Jefferson described Hermitage as “the first wine in the world without exception,” he might easily have been anticipating this release.