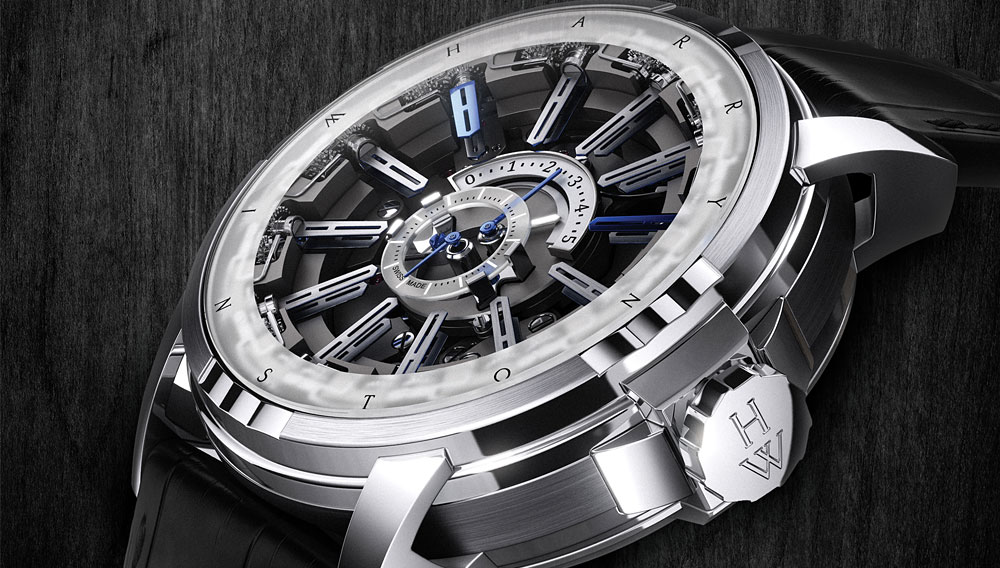 With a long enough look at the dial of Harry Winston’s spectacular Opus 12 ($270,300), one may discern with relative ease how its revolving-hands display was originally inspired by the Copernican theory of the solar system. Just as Copernicus reversed the accepted doctrine that the sun revolved around the Earth, the movement’s developer, Emmanuel Bouchet—who collaborated with Harry Winston on the most dramatic Opus projects in years—has reversed our accepted notions of chronometry by placing the watch’s hands at each of the 12 hour stops around the dial rather than at its center. Yet for Bouchet, translating his inspiration into a viable mechanism was no easy matter. Elaborate mechanical displays, such as that executed by the Opus 12 at each change of the hour—when all the hands turn sequentially—require prohibitive amounts of power; thus, Bouchet had to create an entirely separate power system to rotate the 24 individual hands (12 long and 12 short) in their fixed positions to indicate the time. A five-minute retrograde hand indicates the minutes between these positions. Bouchet’s ingenuity has made possible a mode of chronometry that, in terms of its visual creativity, has few equals. (800.988.4110, www.harrywinston.com)