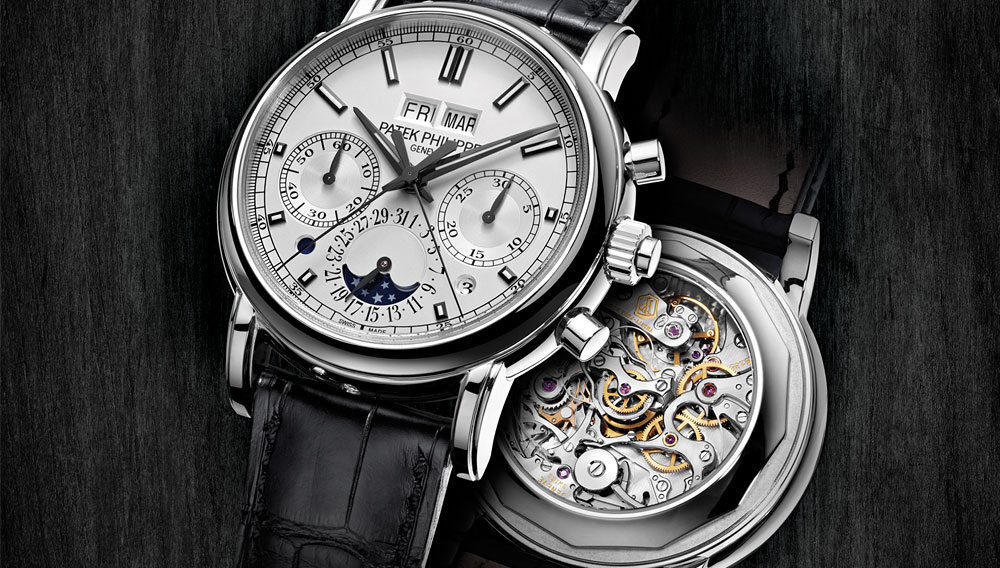 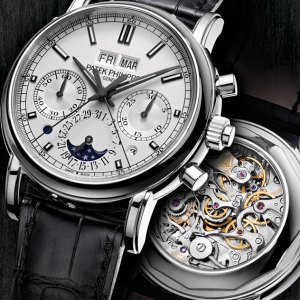 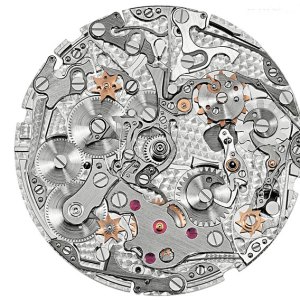 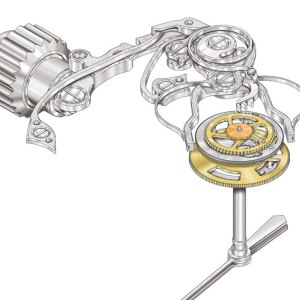 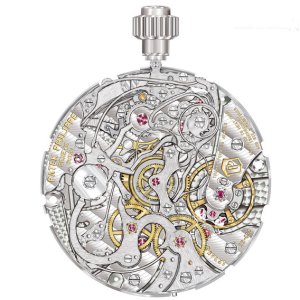 Collectors continue to prize the traditional split-seconds chronograph, whose movement boasts an additional canopy of springs, wheels, and levers that makes this type of watch a masterpiece of mechanical art. Patek Philippe reaffirmed its leadership in this category of rare timepieces with 2005’s ultrathin split-seconds chronograph movement—the first of the house’s modern generation of original, traditionally styled chronographs. The latest split-seconds movement in the Ref. 5204 Split-Seconds Chronograph/Perpetual Calendar ($317,500) is based on the manual-wind, lateral-clutch 27-535 PS that was released three years ago. The new version has an important distinction: By upgrading the isolator system—the uppermost and most visible component package on the back of the watch—Patek Philippe has done away with the somewhat cumbersome and largely invisible “octopus” wheel, replacing it with a sinuous, spring-driven configuration. While the wearer may never detect the performance improvements, he will certainly appreciate the watch’s rear view, which displays some of the most breathtaking architecture in the world of horology. (212.218.1240, www.patek.com)